The biggest and best yet

General Pants BOWL-A-RAMA Bondi is always a surefire spectacle. In 2017, though, things were ramped up another notch. This year the pros and masters delivered their highest level of skateboarding yet, as the world’s best transition shredders turned up for two days of pure carnage beside beautiful Bondi Beach. It’s fast, it’s furious, and it’s plenty of fun – BOWL-A-RAMA has once again proved itself as one of the most entertaining skate competitions in the world. 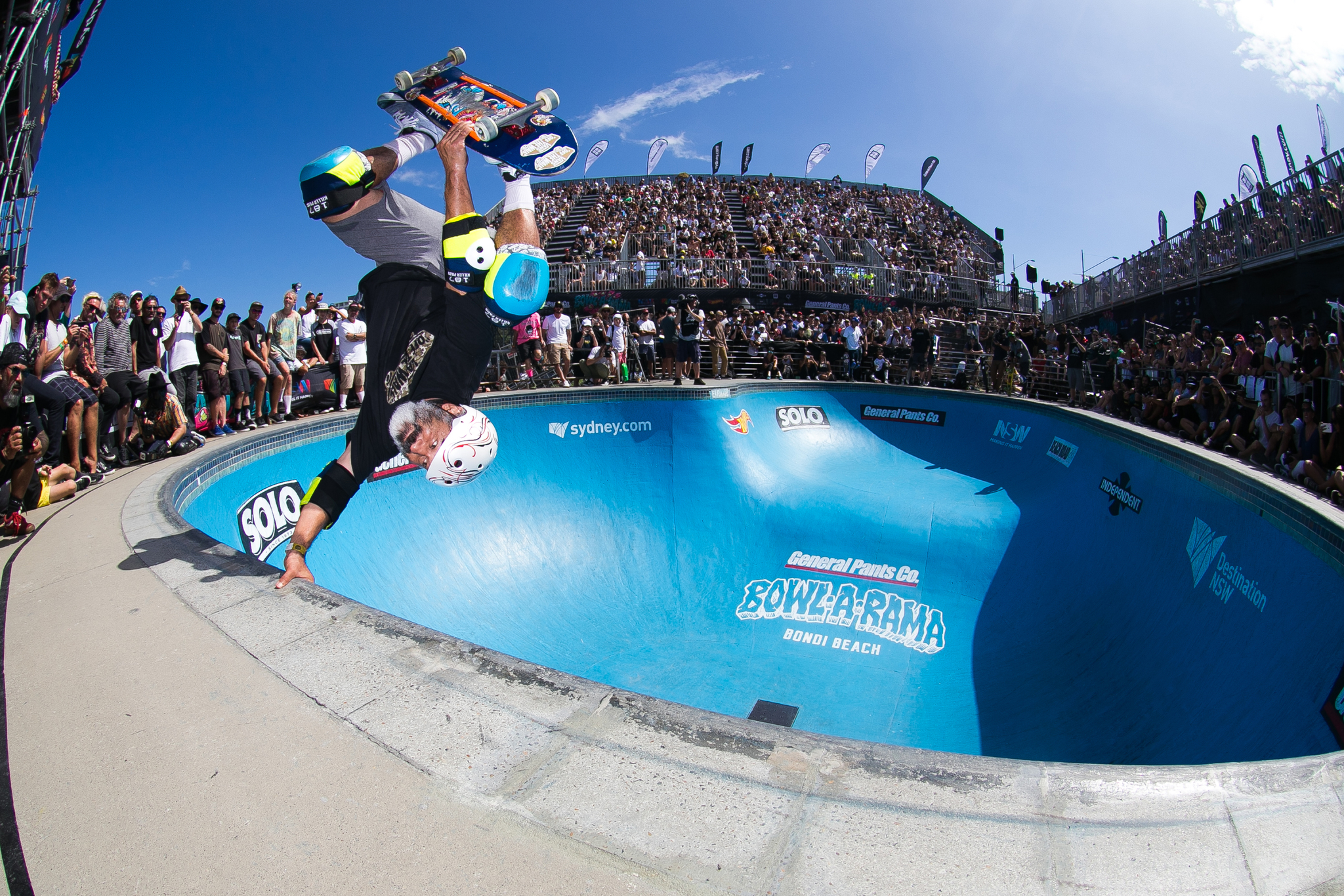 Steve Caballero was all style in the Masters divison. Photo: Walker

As always, the masters delivered a classic old-school display, blending pure style with the odd new-age twist in another entertaining BOWL-A-RAMA bash. The return of Steve Caballero gave the division a greater competitive edge this year, as the timeless veteran went toe-to-toe with fellow Bones Brigade originals Tony Hawk and Mike McGill in what proved to be the closest Masters final in history. 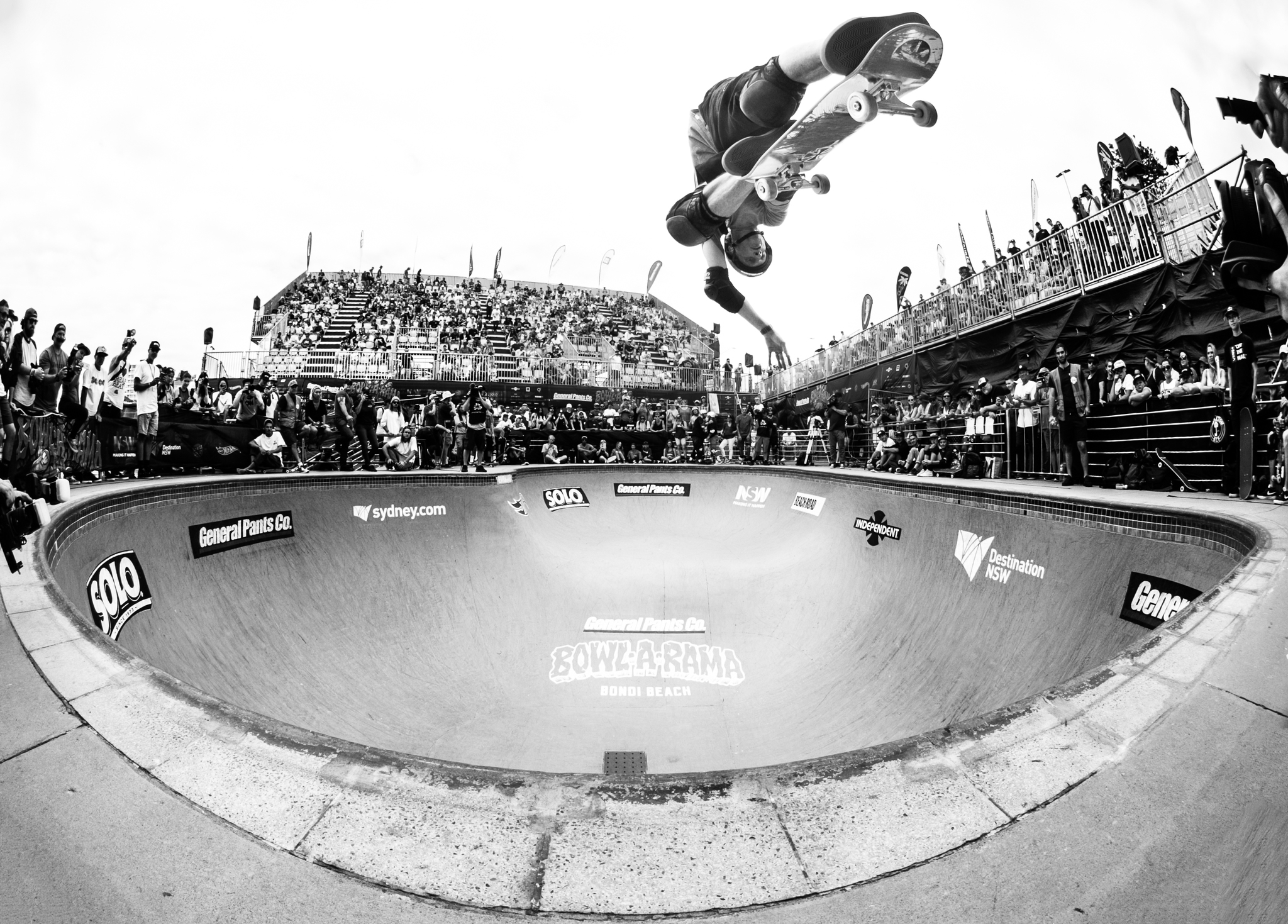 The Birdman always brings his A game, but it wasn't enough this time. Photo: Walker

McGill’s handplant combos were mixed beautifully with a barrage of airs – he even attempted a trademark McTwist – but it was Cab and Tony who broke away from the pack. Cab’s unbelievable consistency was a joy to behold, as he glided through the bowl seemingly without effort. The style master dropped his famous Caballerials, inverts, and a lengthy boardslide through the shallow corner in what was a nostalgic throwback to pool contests of the 80s. 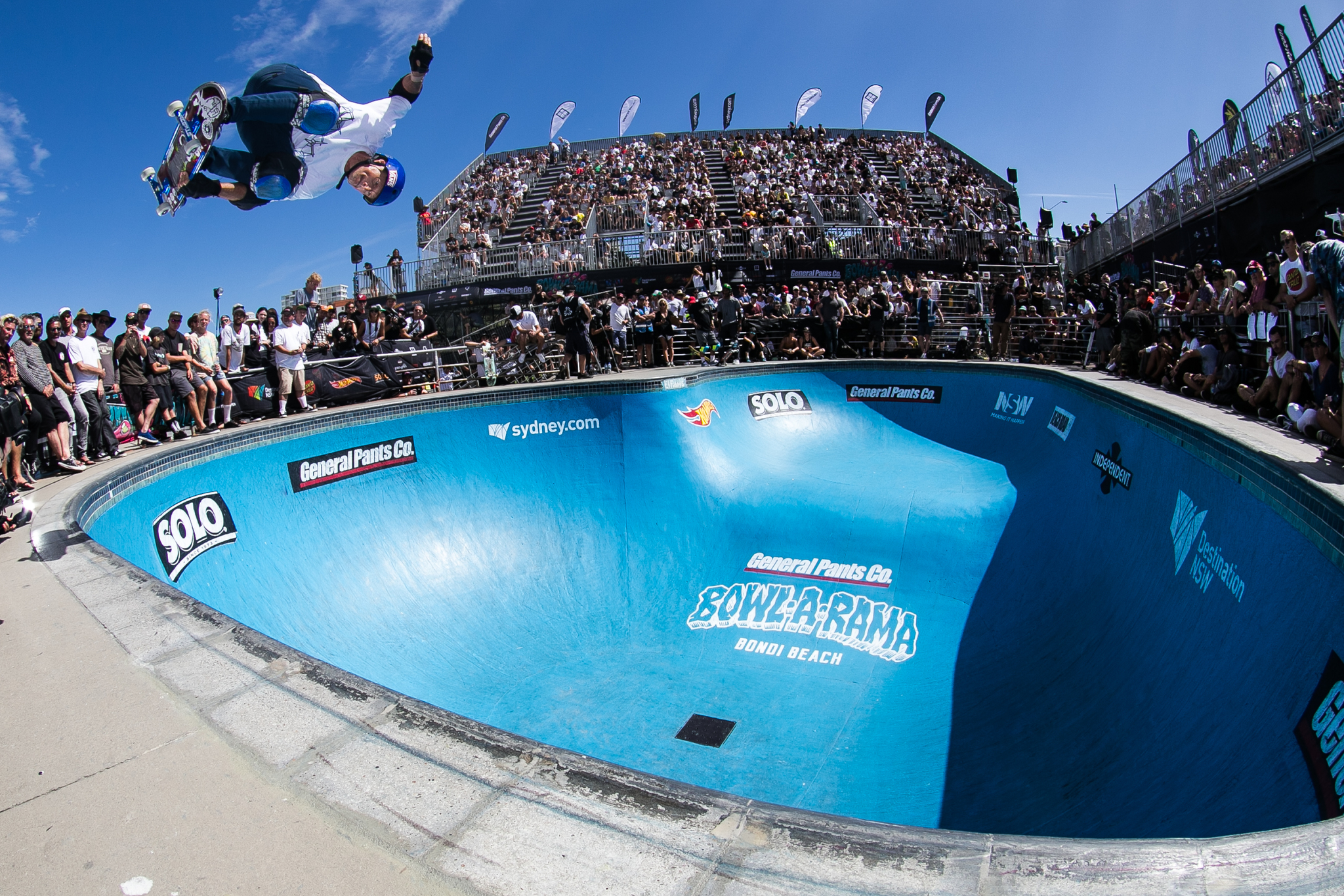 Mike McGill took to the skies like a boss. Photo: Walker

Tony Hawk goes bigger than the rest of the older pack, but even a bag of McTwists, Madonnas and trademark stalefish grabs couldn’t outdo Cab’s stylish excellence. While Tony hit the walls with speed and registered more airtime than the rest of the pack, Caballero's ability to utilise the corners and "skate the bowl like a bowl" eventually got him over the line. Cab claimed victory by half a point, with Tony narrowly runner-up, denying The Birdman a fourth-consecutive title; the ever-present Pat Ngoho rounded out the podium in third. 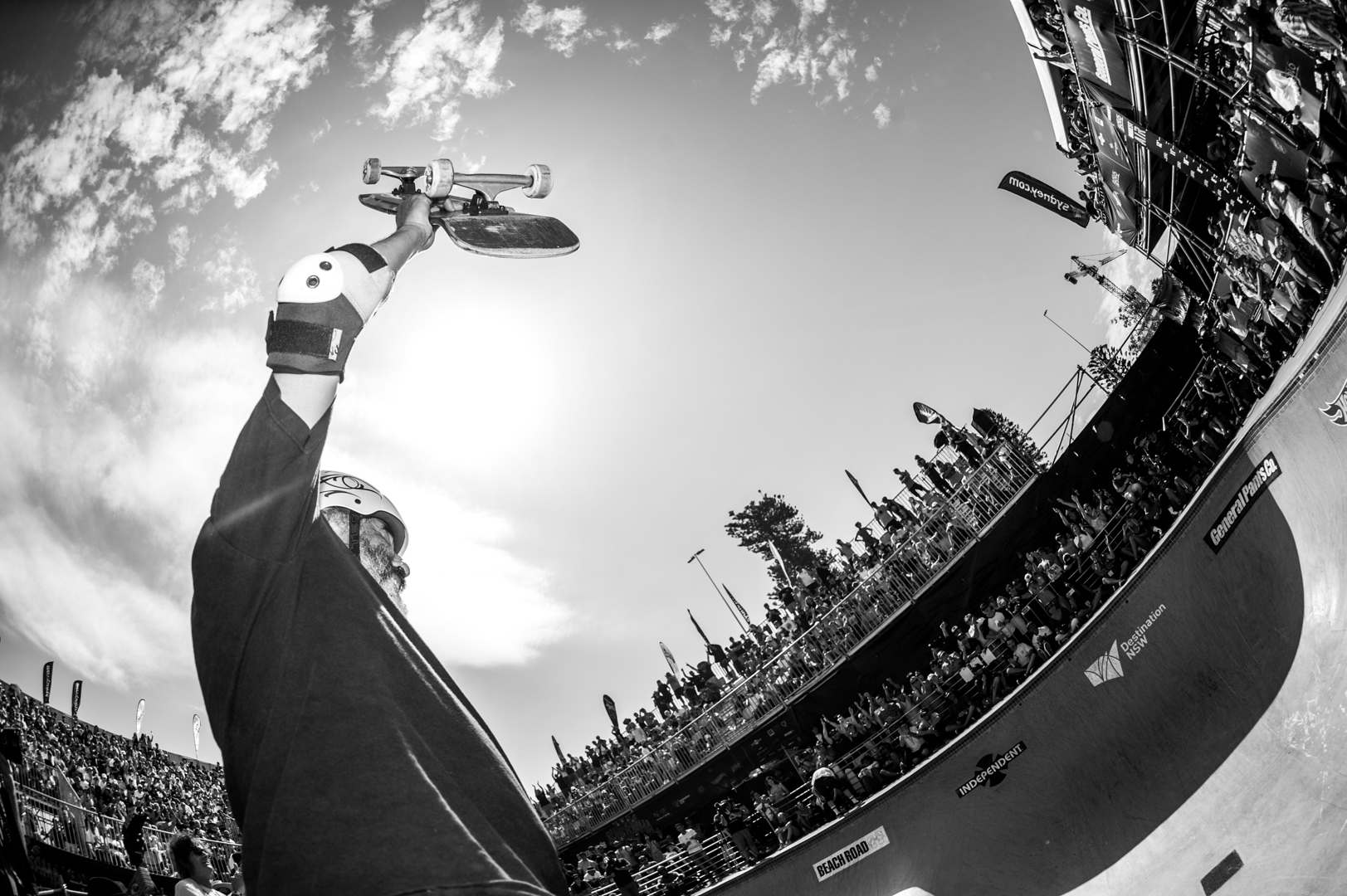 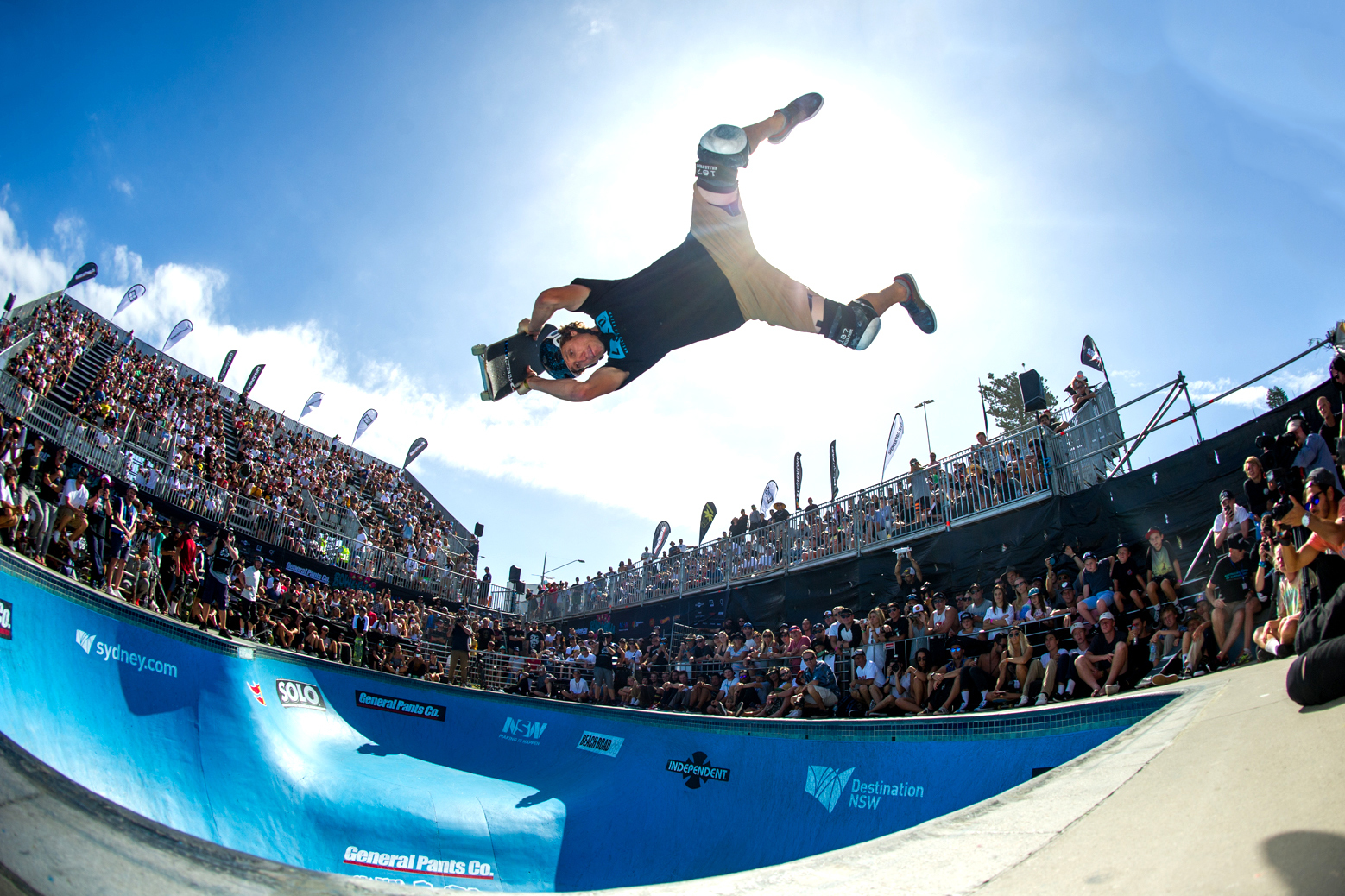 While the old boys delivered a highly entertaining and nail-bitingly competitive event, The Pro division blasted its way to completely new heights in 2017. Bondi first-timers like Beaver Fleming and Clay Kreiner brought a fresh twist to the event – literally – and both threatened to take top prize in their maiden outing.

Fleming’s run to the finals featured a kickflip indy with a late fingerflip, alongside his trademark “Superman” grab, as he dropped a deluge of never-before-seen tricks at the bowl. Kreiner went bigger than anyone – padless, mind you – and finished his day with an unbelievable kickflip 540 – again, without pads. It was surely one of the gnarliest tricks ever seen in the Bondi Bowl, and Clay's ability to terrorise the contest without pad protection instantly made him a new BOWL-A-RAMA favourite. 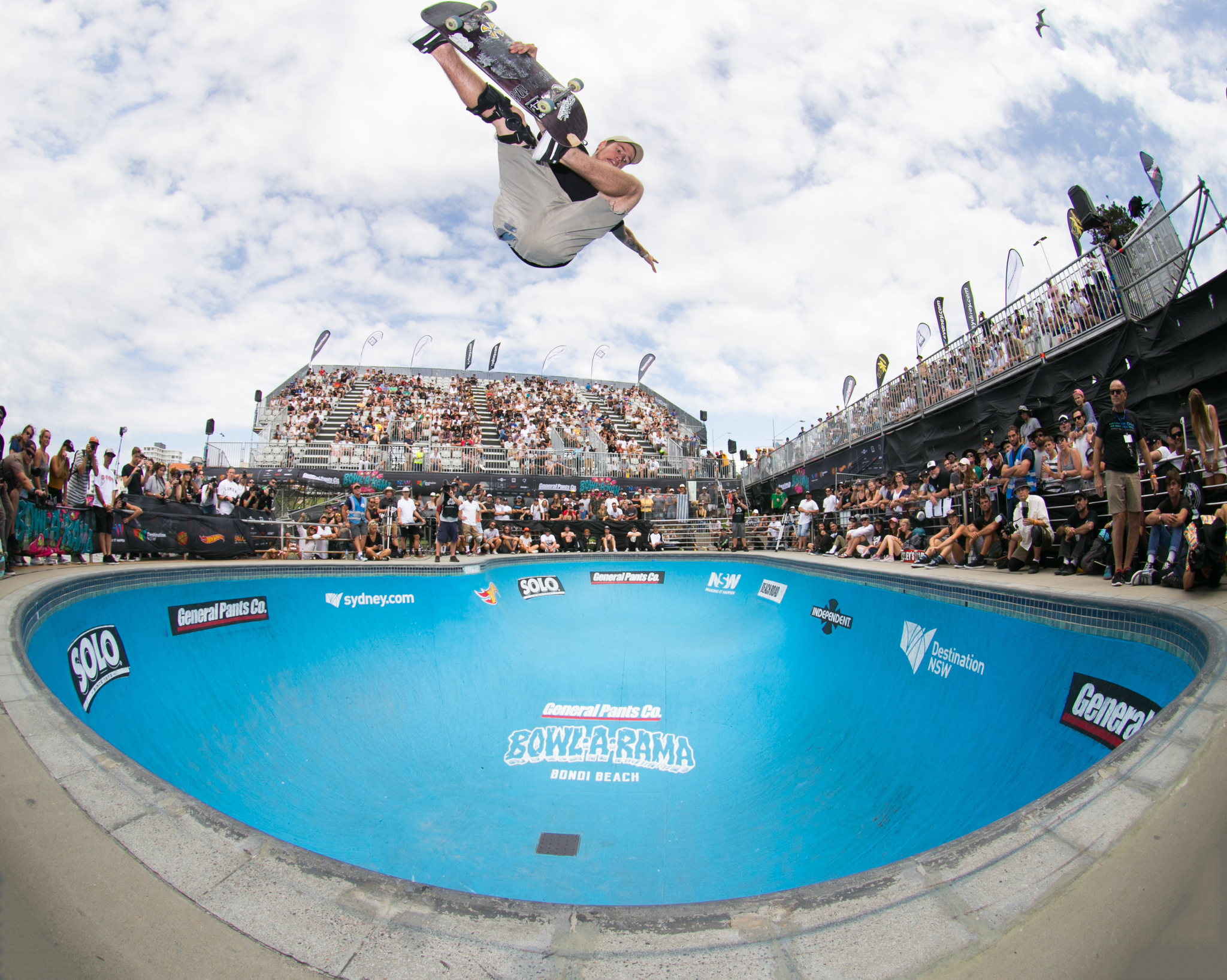 For all the rookies did, though, it was the younger regulars who tore it best. 17-year-old Cory Juneau got down with a nosebluntslide through the mellow corner, backed up by a floated frontside flip through the same corner, alongside his trademark boosted 540s and flawlessly flowing lip game. It was a joy to watch, and few could argue when the American youngster was crowned Pro champion on Sunday, despite how close the top few riders were. Cory strung together tricks like no one else, rarely settling for a 50-50 or carve, and his ability to throw tricks at every line no doubt caught the judges' eye. 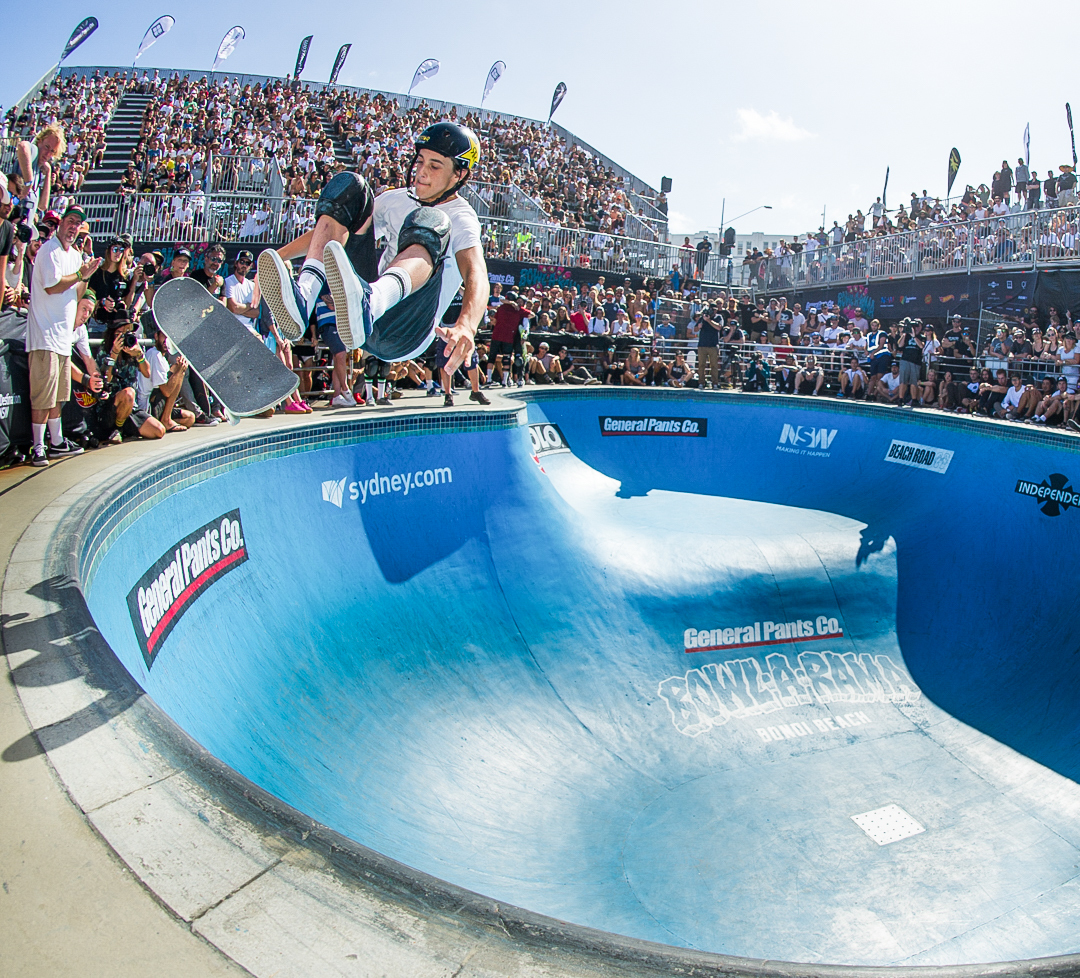 Fellow 17-year-old Tom Schaar launched into the stratosphere and straight to second place, while the formerly Australian-based Jono Schwan – a little older, at 20 – finally broke through to land himself on the podium with a barrage of monster airs. It was without question the most tightly contested pro final in recent memory, with all of the top 5 genuine contenders for victory, even as the results were announced. Beaver Fleming ended up in fifth place despite a hugely popular run in the finals, such was the sheer competitive nature of this year's contest. 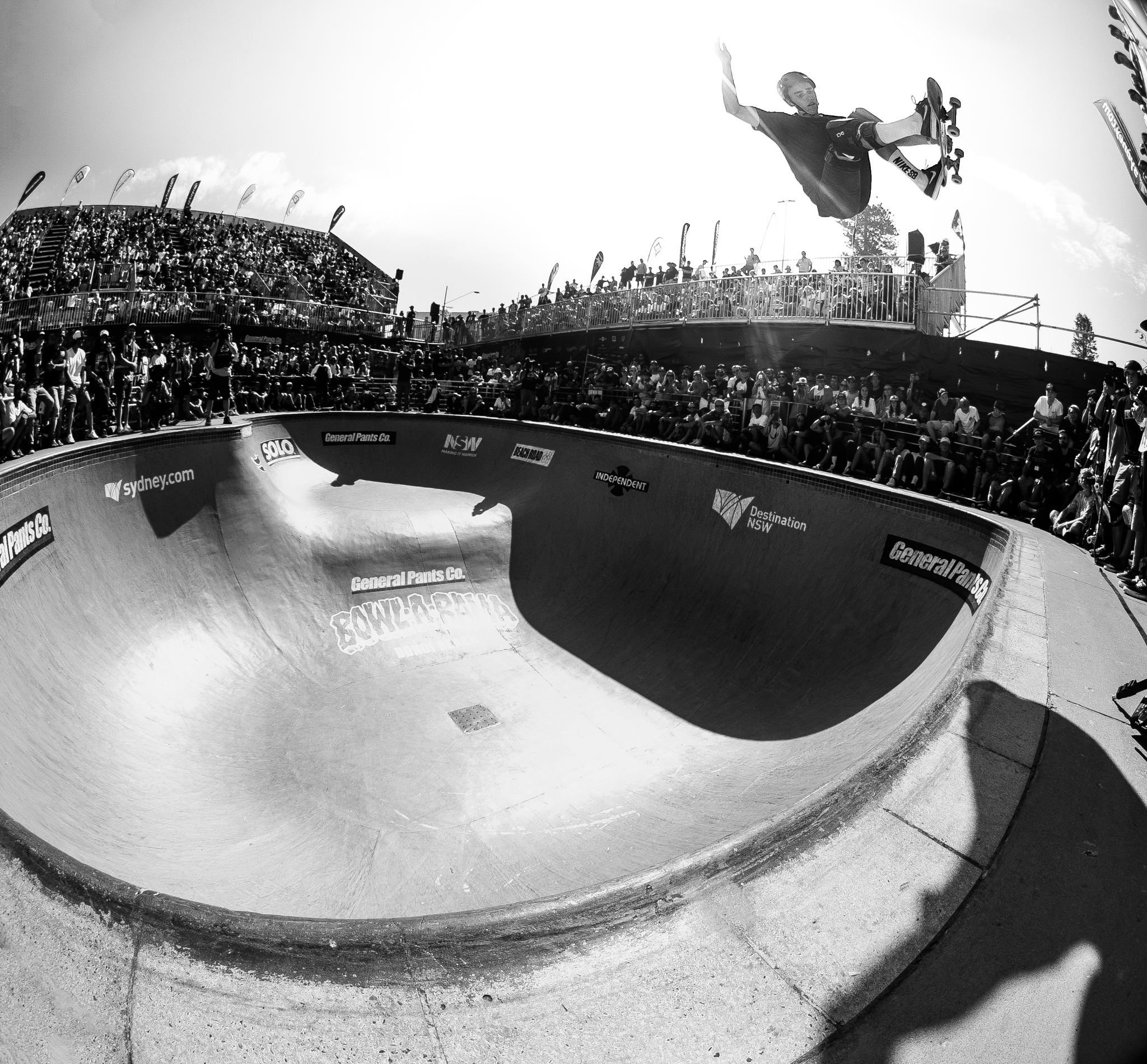 Jono Schwan always goes huge, but in 2017 he stepped it up a notch. Photo: Walker

All in all, this was one to remember. Re-live the non-stop fast and furious action through our highlight reel, and make sure you get down to Bondi next year – they just keep getting bigger and better! 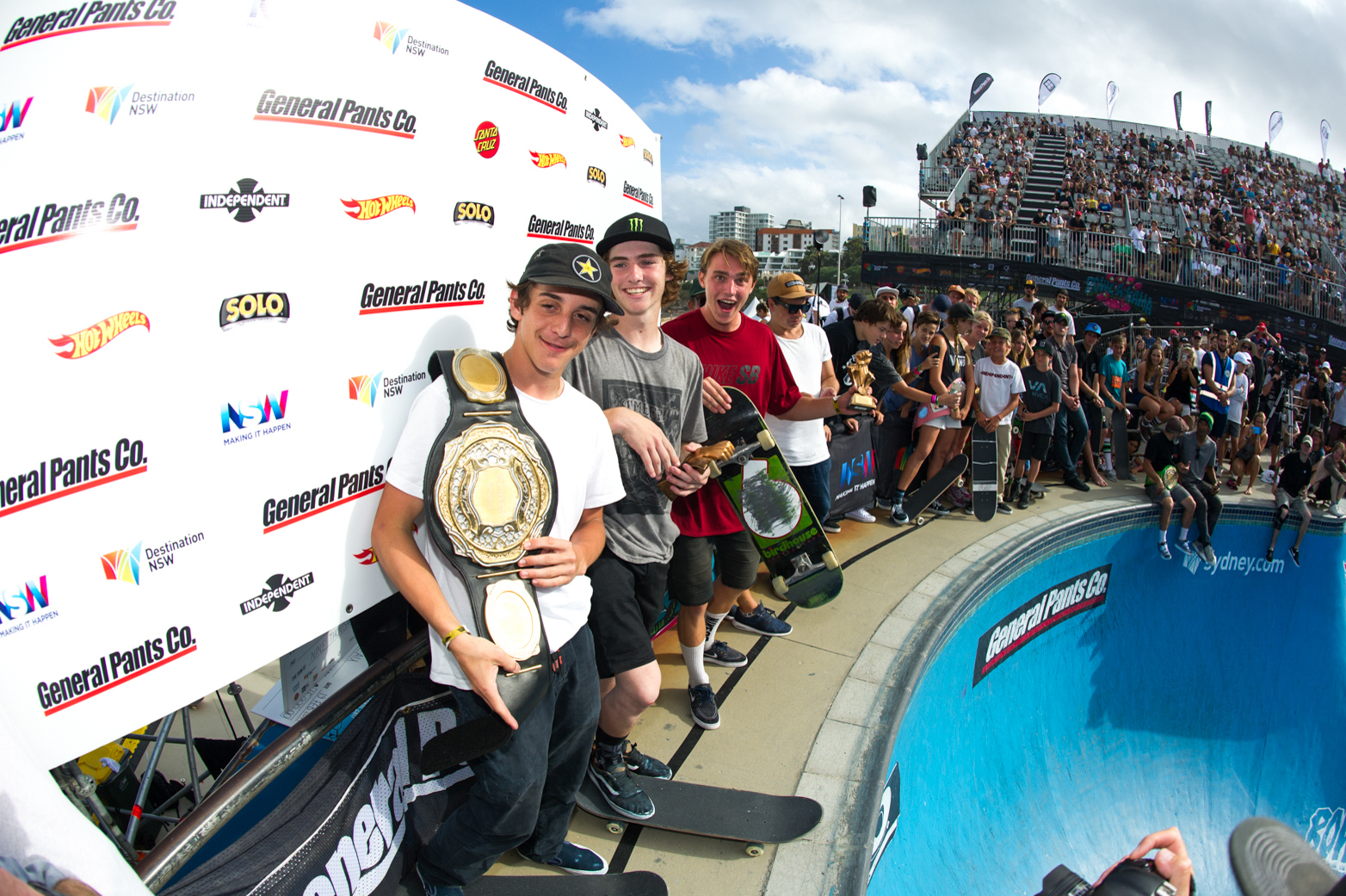 Sandboarding with the Birdman

Get ready for the biggest BOWL-A-RAMA yet