The World Surf League returns for 2017

This year you’ll be able to follow the WSL around all 11 World Tour stops, with insights, event recaps, surf forecasts, fantasy surfer tips, title contender breakdowns, the mechanics on event locations and much more, all here at Boardworld. 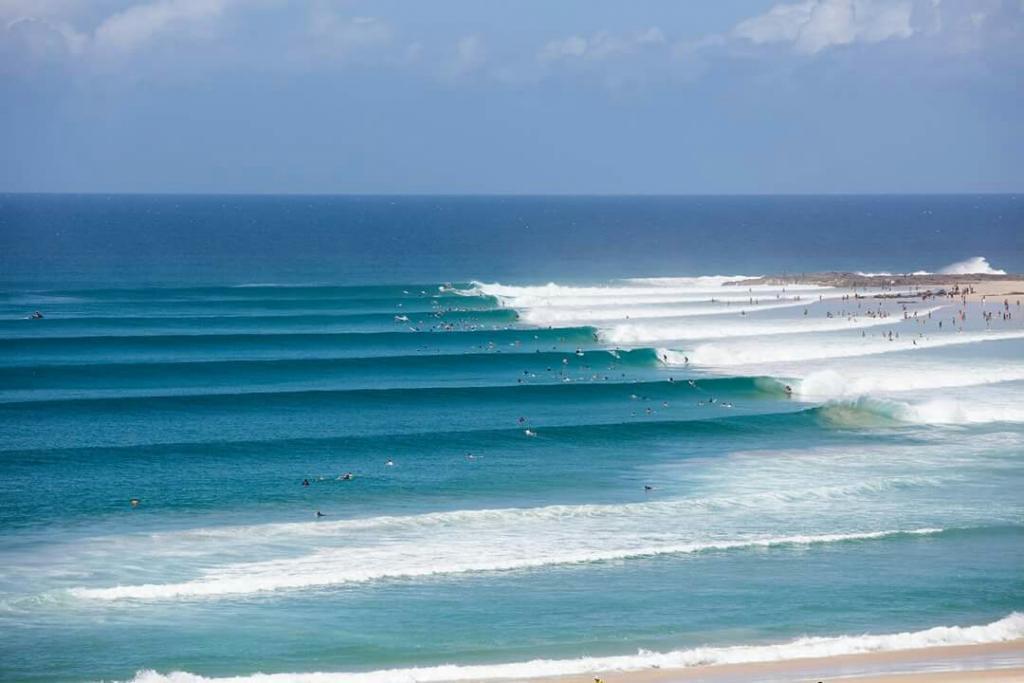 The traditional host of the maiden World Tour event each year, Snapper Rocks, has long cemented itself as one of the world's premier breaks. The main entrance point to Snapper is through the “keyhole” at the top of the point. Once you’ve negotiated the infamous rock jump or paddled out and you’re in the lineup, this sandy right-hand point break offers all the fruits you could ask for in a wave. Reeling barrels, smashable lips, and of course an overwhelming – and somewhat intimidating – crowd of fellow enthusiasts.

"Superbank" season works at its best from March through June. During this time, easterly and north-easterly swells grace the line up over a sandy bottom, creating one of the most perfect right-hand points in the world. If Snapper is firing over the next couple of weeks, we're in for a serious treat. 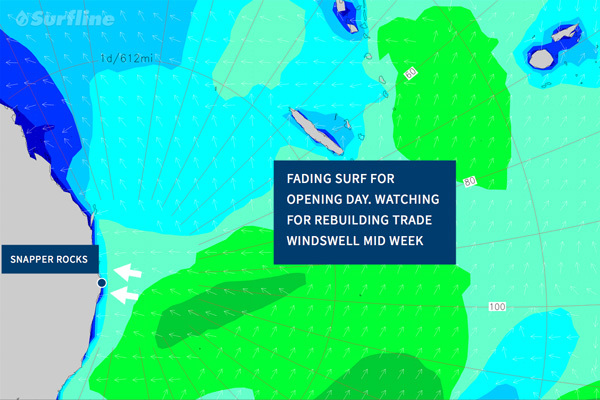 Swell/Surf Outlook:
The current Tasman Sea low will spin down and weaken while tracking off to the SE over the next couple of days. Swell from this will be trending down over the weekend and through early next week. By Tuesday we are on the last bit of this with surf around the waist high range. 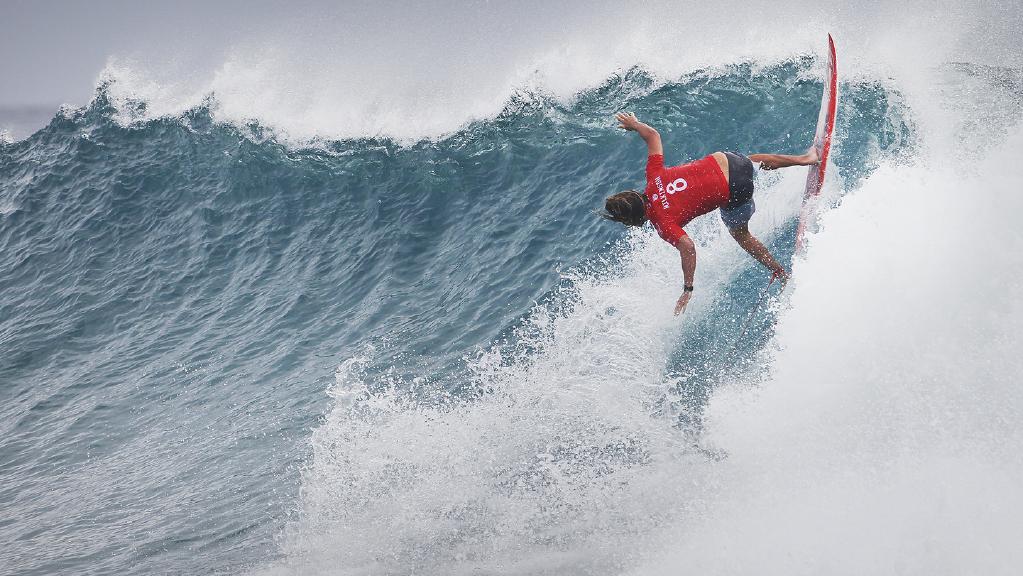 The 2017 rookies are all relatively proven guys, each with their own exceptional bag of tricks. Europe has the strongest presence for the first time ever, while Australia boasts the top 2 QS qualifiers. Connor O’Leary won the QS last year and Ethan Ewing, who is the current world junior champ, came a strong second in the QS ratings. Zek Lau is the only Hawaiian to qualify and just barely scraped through, but this could well be his breakout year. As a QS veteran, Zek will be nothing short of 100% focused.

Mick Fanning has just announced he’s committed to the World Tour in 2017, full-time and gunning for a 4th world title! Kelly Slater will also be in the hunt for his 12th title this year after “finally getting his shit together”. It's Kelly's last shot at the title, having announced his retirement after this season, so we can expect some all-guns-blazing performances from the most successful surfer of all time.

While the two veterans are going at it, we can also expect the young guns to be blazing. John John will be out to defend his 2016 title, with Gabriel Medina expected to be hot on his heels. Julian Wilson, Jordy Smith and Kolohe Andino will be very fired up and looking to crash the title party, coming off productive years in 2016.

This year's race could be the best we’ve seen for a while, as anyone from the rookies to the veterans is in with a genuine shot at glory. Exciting times ahead.

Overall, this year's CT is shaping up to be an absolute doozy and Snapper Rocks is the starting point of it it all. Will Kelly kick off his final campaign with a win? Will Mick showcase his best at home? How will Owen Wright handle returning to the tour after a life-threatening injury? Will the Brazilian Storm continue to flare? All questions will be answered when the event kicks off on Tuesday, March 14th. Make sure you tune in live to the WSL site for all the action!

Kelly Slater To Retire In 2017

"I'll take one more stab at a title"