Aussie rookie Jack Freestone came just one heat away from an incredible world tour victory in Rio, but he couldn't do enough to stop Hawaii's John John Florence in a tensely fought final at Postinho.

Florence's third tour win came thanks to a near-perfect outing in the final, hacking his way to scores of 9.70 and 9.27 to end the young Australian's dream run. The victory takes John John to 3rd overall in the tour rankings, 5800 points behind leader Matt Wilkinson, but the Hawaiian will now certainly fancy a shot at his maiden world title.

"“I love coming back here to Rio,” Florence said.

“This is where I won my first World Championship Tour event, and the waves are really similar to Hawaii with their power. But if it wasn't for everyone’s support on the beach cheering us on every wave, I don't know if I would have been as stoked. Thank you to everyone.”

From an Australian standpoint, it was all about Jack Freestone. The 24-year-old was competing in just his second ever world tour event, having injured himself at Snapper, and pulled through with victories over heavily favoured locals Miguel Pupo and Gabriel Medina en-route to the final. His ability in the somewhat unpredictable conditions of Rio was a testament to his ability in the water, and he'll look to build on his first big moment on tour. 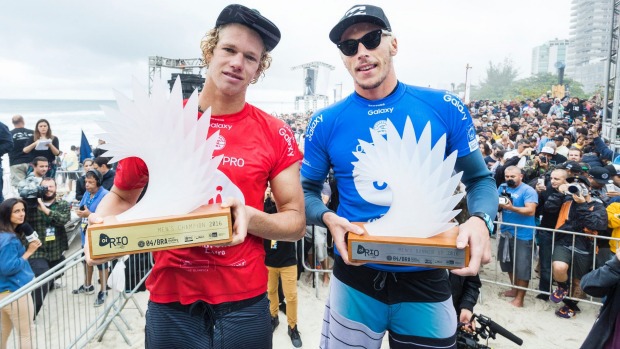 The entire top 10 had been knocked out before the quarter-finals, with underdog Aussies Adam Melling and Davey Cathels progressing to the final 8 along with Freestone. Without Fanning and Burrow for the majority of 2016, and with Parkinson struggling to hit consistent form, a new Aussie contingent looks set to be emerging this season. They'll look to build on their impressive run in Fiji, which kicks off on June 5.
​ 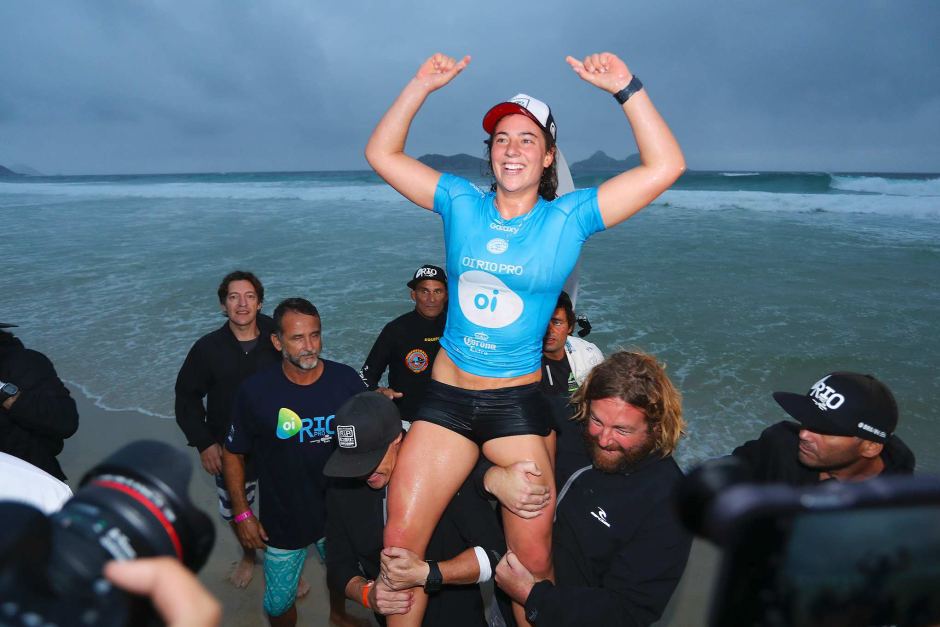 Tyler Wright celebrates her third win of the season

In the women's event, Tyler Wright overcame Sally Fitzgibbons in an all-Australian final to claim her third win of the season, and remain top of the world tour rankings, having fended off world title challengers Courtney Conlogue and Carissa Moore on her way to the final.

"I'm not going to lie, that was a lot of hard work," Wright said after clinching her third win of the season. "I got so flogged out there – Sally and I both did. And I'm so tired and hungry... but still very happy."

Making the most of an unlikely chance