The world title race heats up

Above: Highlights from last year's event at Lower Trestles 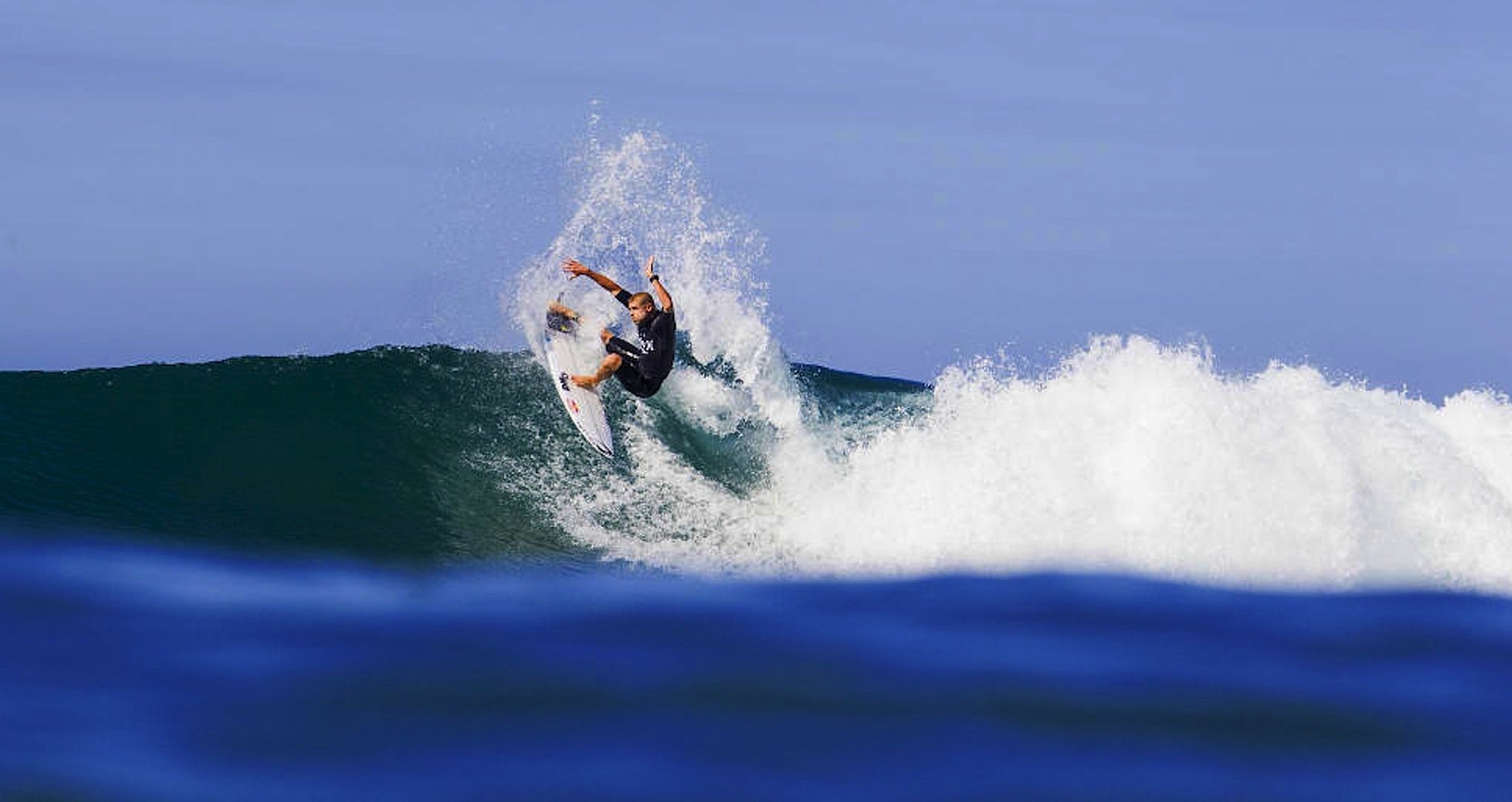 Mick Fanning on his way to victory at the 2015 Hurley Pro. Photo: WSL

It's the world's most rippable wave – the 'liquid skatepark' known as Lower Trestles – and it's once again about to have a crucial say in the world title race. The world's best head to San Clemente this week for the Hurley Pro, the 8th stop on the 2016 tour, with Hawaii's John John Florence having broken away from Matt Wilkinson in the race for supremacy. This is ground zero in defining surfing progression – get creative or go home. We're all set.

Lowers' perfection is due to the cobblestone bottom, creating a fun and very inviting a-frame, where the only limit is your imagination. 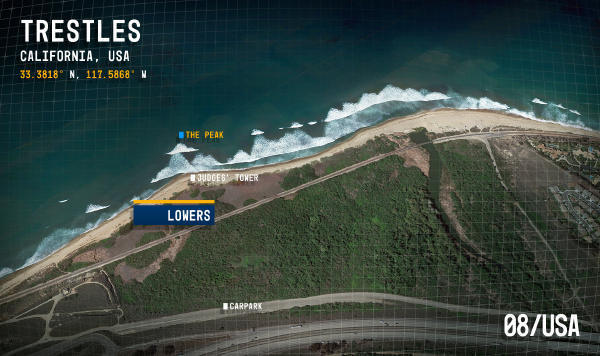 The king is back baby! Just when you thought he might've been done for the season, 11-time world champ Kelly Slater goes out and drops hammers for his first CT win since 2013. Kelly and John John Florence had their re-match from 2014 in the final. While JJF finished runner-up, he now sits at number 1 in the world, taking the Jeep Leaders jersey from Matt Wilkinson. Gabriel Medina made it through to the semis, keeping his world title hopes alive, while Aussie Ace Buchan also put in a solid effort to similarly clinch a semi-final berth. Tahiti also saw a few surprise round 3 losers, with Nat Young, Italo Ferreira and Matt Wilkinson all bombing out early. Watch for these guys to bounce back at Trestles. 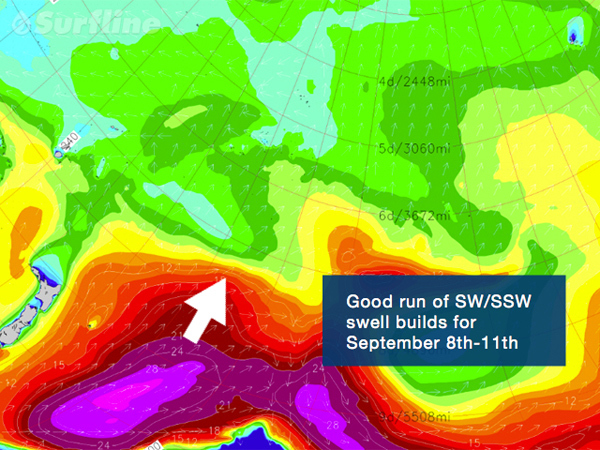 Brief Overview: A long run of very rippable and favourably angled SW swell builds the first couple days of the waiting period, showing the most size the 8th-11th of September. There is potential for SSE/S tropical swell to mix in then as well. Reinforcing SSW/S swell may keep fun-zone surf running through the middle of the following week, with potential for more SW’erly swell over the last couple days of the event waiting period.

Swell/Surf Outlook: An ongoing storm system, moving out from under New Zealand into the Southwest Pacific over the last few days, has set up a long run of SW swell due to build in over the first couple days of the event waiting period. This swell will be from a good to great swell direction for Lowers, with a mid to long swell period which is also very favourable.

As we mentioned earlier, John Florence holds the gold jersey after his runner-up finish in Tahiti. Wilko has slipped down into 2nd, with Medina 3rd, a surprise package of Ace Buchan in 4th, while Julian Wilson and Jordy Smith are equal 5th. Kelly Slater has made a huge jump up the ratings to 8th, and is in with a surprise shot at a 12th world title. The top 10 (bar Mick Fanning) are all in with a good look at the title right now, depending who tops Lowers. This will be the most important event of the year thus far.

We’re starting to get down to the pointy end of the tour. World titles and requalifications are on the line, and from here on in every heat win is crucial. With only Spain, France and Hawaii left, it's do or die. Can John John get his maiden world title? Can Wilko regain the world number 1 spot, or will Kelly gatecrash the whole thing? Cross the train tracks, rub shoulders with the pros, crack a Budweiser and watch the world's best tear the sh*t outta Lower Trestles!

Freesurf stoke with one of Australia's best