If you were born on the day the first Tony Hawk's Pro Skater game was released, congratulations – you've officially entered your twenties.

In September 1999, Neversoft planted a seed that would grow into the most influential and successful skate-related franchise in history, almost single-handedly elevating beloved 90s pros to household name status, while kicking off a boom in cultural popularity that continues to propel the sport today. It was no accident – Tony Hawk's Pro Skater was, and still is, a masterpiece. We know the gameplay was fun – but why exactly was it so good? Let's take a look...

1. It Appealed to Everyone 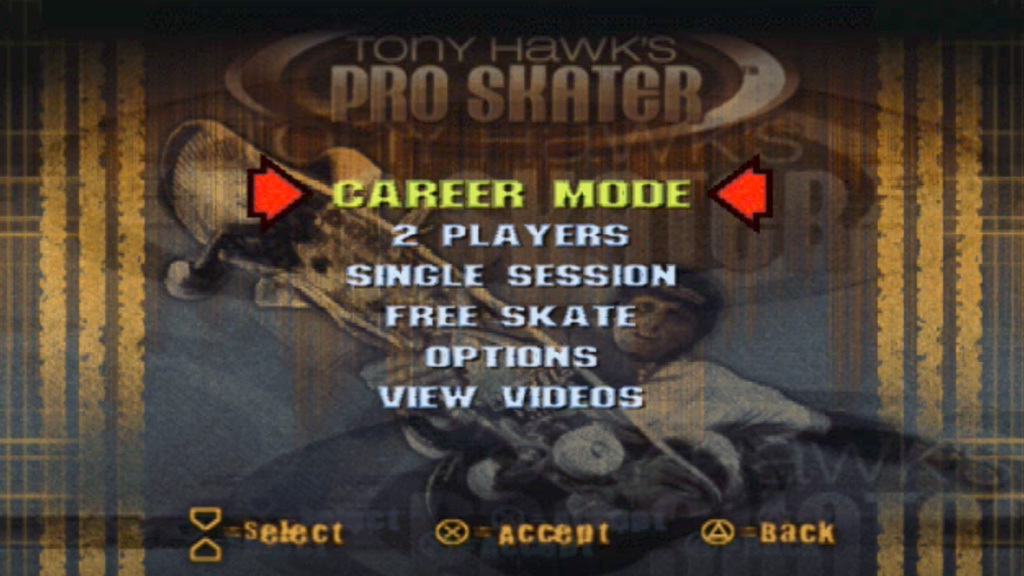 There are several reasons why THPS proved to be significantly more popular than its contemporary competitors, such as Thrasher's Skate and Destroy, which was also released in 1999. While Skate and Destroy was actually a fantastic game for the time, it lacked the pick-up-and-play characteristics of THPS – in particular the unbelievably fluid, intuitive, and innovative control scheme – instead opting for complex controls which mimicked real-life trick difficulty. Thrasher's game was marketed heavily towards actual skateboarders, focusing more on trick selection and navigating legendary spots, rather than the goofy and unrealistic arcade style of Tony Hawk's game. Neversoft's approach appealed to all gamers of all ages, and as such, it exploded in popularity among those who would otherwise have cared little for skateboarding. 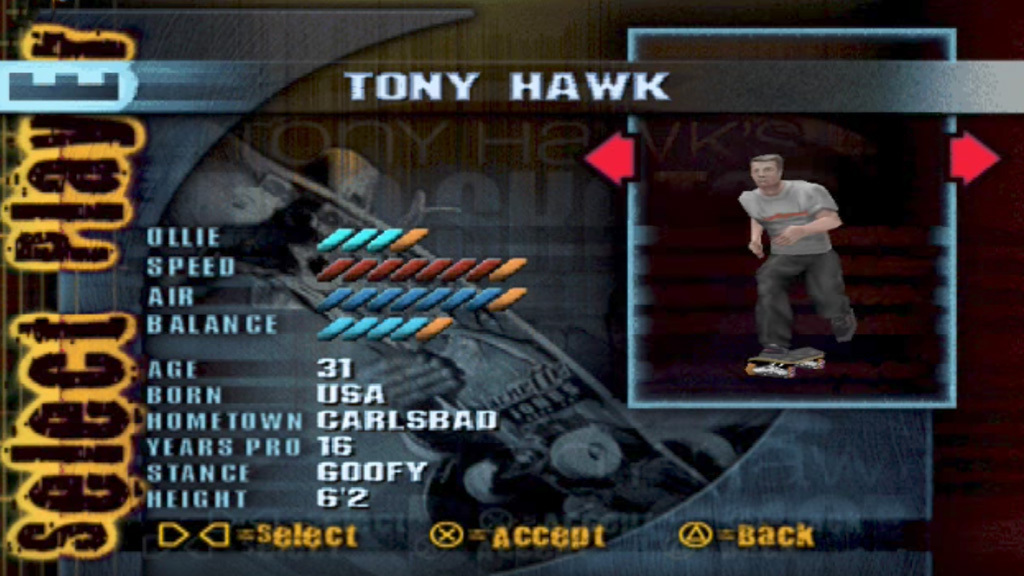 Not only was THPS the first game to be endorsed by a pro skateboarder in its title, but it was also the first to license the rights to use actual pros within the game. For many of those ten pros – Tony, Burnquist, Kareem, Glifberg, Lasek, Muska, Reynolds, Rowley, Steamer and Thomas – this was their first exposure to the masses, most of whom had never watched Welcome To Hell or The End. This gave the game real characters, rather than personalities like Aggro Eddie or Poser Pete from Skate Or Die. Which ties in with reason #3...

3. Pro Skateboarders Were Involved With Development 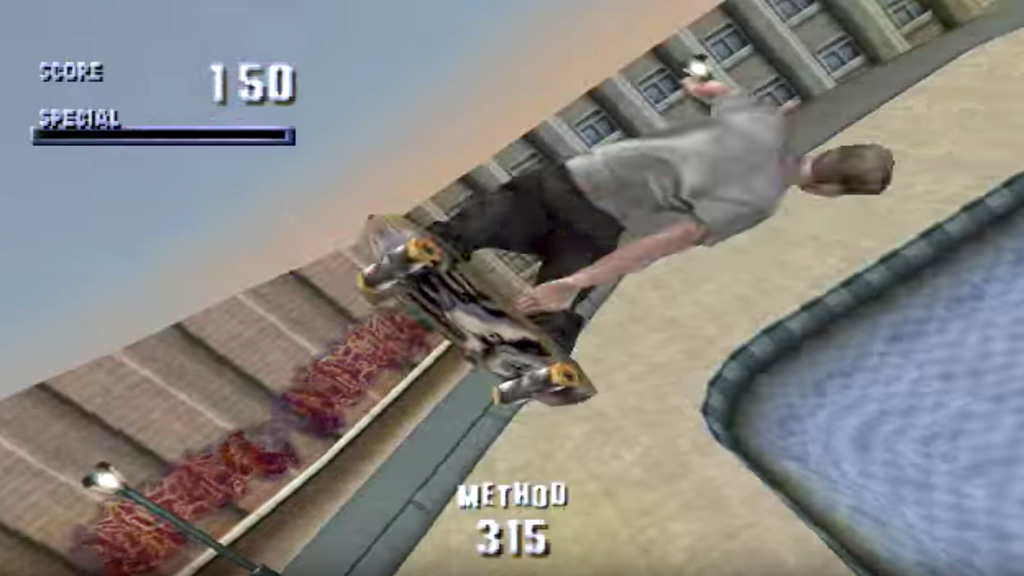 Tony Hawk only agreed to be involved if he was allowed some scope of creative direction, including reign over the skaters involved, the way trick animations looked, the dialogue and copywriting, soundtrack, and the brands marketed within the game. Unbeknownst to some, Tony's direction was a major factor in the success of the franchise – at least up until 2007 when Neversoft folded – and he was much more than just a big name slapped on a product for sales boosts. In turn, the rest of the cast was also given creative input and were each animated to reflect their individual styles.

"Jamie Thomas was full of energy and strongly opinionated", recounted series producer Scott Pease. "He came in and told us, 'This is stupid, that’s wrong, don’t do that, make the kickflip look like this.' It was awesome having real-life experts in the house". This commitment set THPS apart from every skateboarding title that preceded it and gave it serious legitimacy among the core skateboarding fanbase in the process.

4. The Soundtrack Was Fire – And Innovative 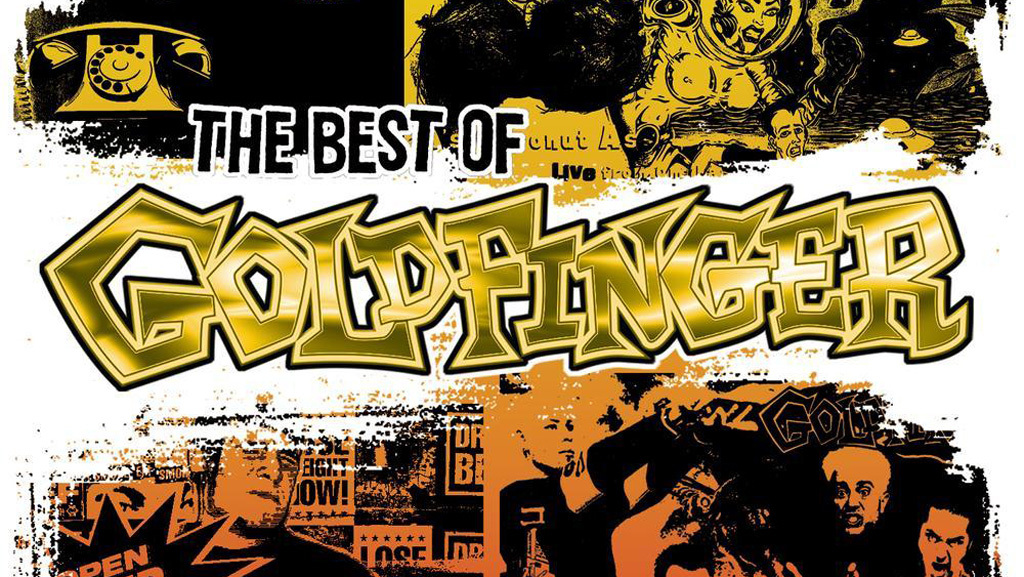 To many, the soundtracks featured throughout the THPS series are the greatest ever – period. This began with the first instalment, which featured memorable tracks from the likes of Goldfinger, Dead Kennedys, and Primus, among others. The game featured tracks you were unlikely to hear on the radio, giving young listeners access to proper punk music at the height of commercial pop-punk popularity, and shaped the musical tastes of young skaters for decades to follow.

Goldfinger's Superman became the unofficial song to represent the series – the upcoming THPS documentary will even be named after it – and it was only included after Tony himself asked the band for the track, which at the time was an unreleased b-side. The mere idea of using real music in a video game was also primitive, as game studios at the time would almost exclusively create their own music in-house, and bands such as Bad Religion, Motorhead, and My Chemical Romance have credited THPS with beginning or reviving their careers. THPS set the standard.

5. It Made People Want to Actually Skate 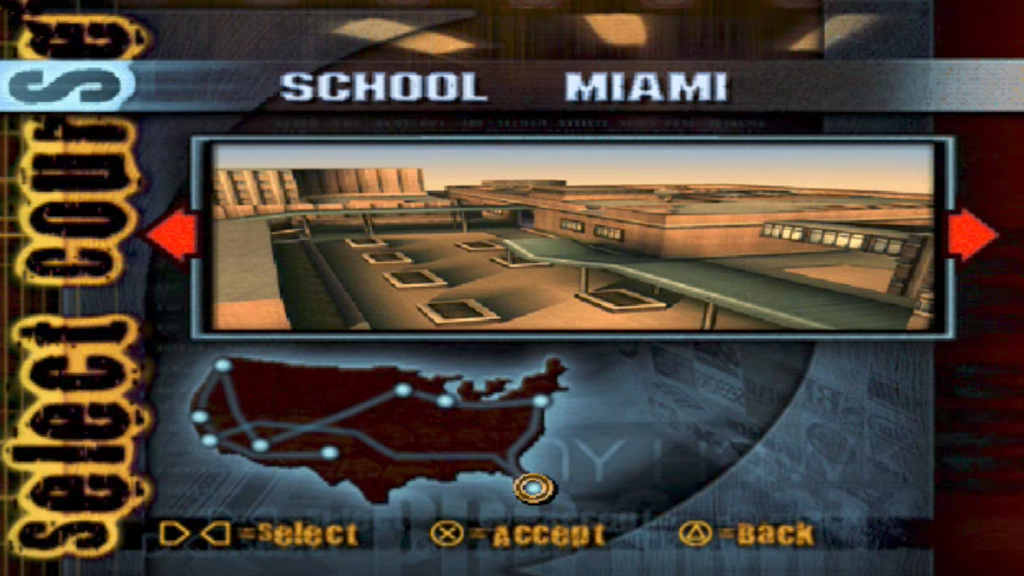 While there was no shortage of skateboarding video games throughout the 80s and 90s, the vast majority were frustratingly difficult, downright absurd, or largely inaccessible. The main goal of THPS, according to lead artist Silvio Perretta, was to "reward the player, not make them frustrated". This mentality seems obvious now, but along with the aforementioned control scheme, iconic pros, popular soundtrack, the addition of real-life skate brands in-game, and the general accessibility of skateboarding itself, THPS actually made people want to go out and skate – and that was no accident.

In fact, the dev team members themselves, buoyed by their efforts with the game, would often go out on skate sessions during development. "It would be an HR nightmare these days, but we would take the whole crew to Skate Street in Ventura...", recounted Tony in a recent interview. "One guy broke his ankle".

The team worked hard to deliver a product that made people want to skate, while simultaneously enjoying the simulated experience on their PlayStation whenever they were off the board. That attitude continued for generations and evolved to produce even better iterations of the Tony Hawk's formula, but it all kicked off with the original. Happy birthday, THPS.

With Tony, Rodney Mullen, and more