Despite being officially announced as an Olympic sport over a year ago, no professional skateboarder has actually confirmed they'll be heading to Tokyo 2020 – until now. Luis Tolentino, SHUT Skateboards pro and longtime resident of Queens, New York, confirmed to Jenkem Magazine that he'll officially be representing his home nation, Dominican Republic, at the Olympic Games in three years time.

"I found out one day through an instant message, a DM", Tolentino says in the video above.

"They (Dominican Olympic Committee) said 'The Olympics are coming up, and you'd be perfect for the team'. I'm like what? What are you talking about?"

After being told that the Dominican Republic was serious about putting together a team for the Olympics, Tolentino jumped at the chance to represent them.

"They're helping us out so much, the Dominican government – they're making a skateboarding association out there and giving us a budget to fly around", he explains.

"The last flight we just had, they put us in first class – that thing turned into a bed. I was like yo, this is real?" 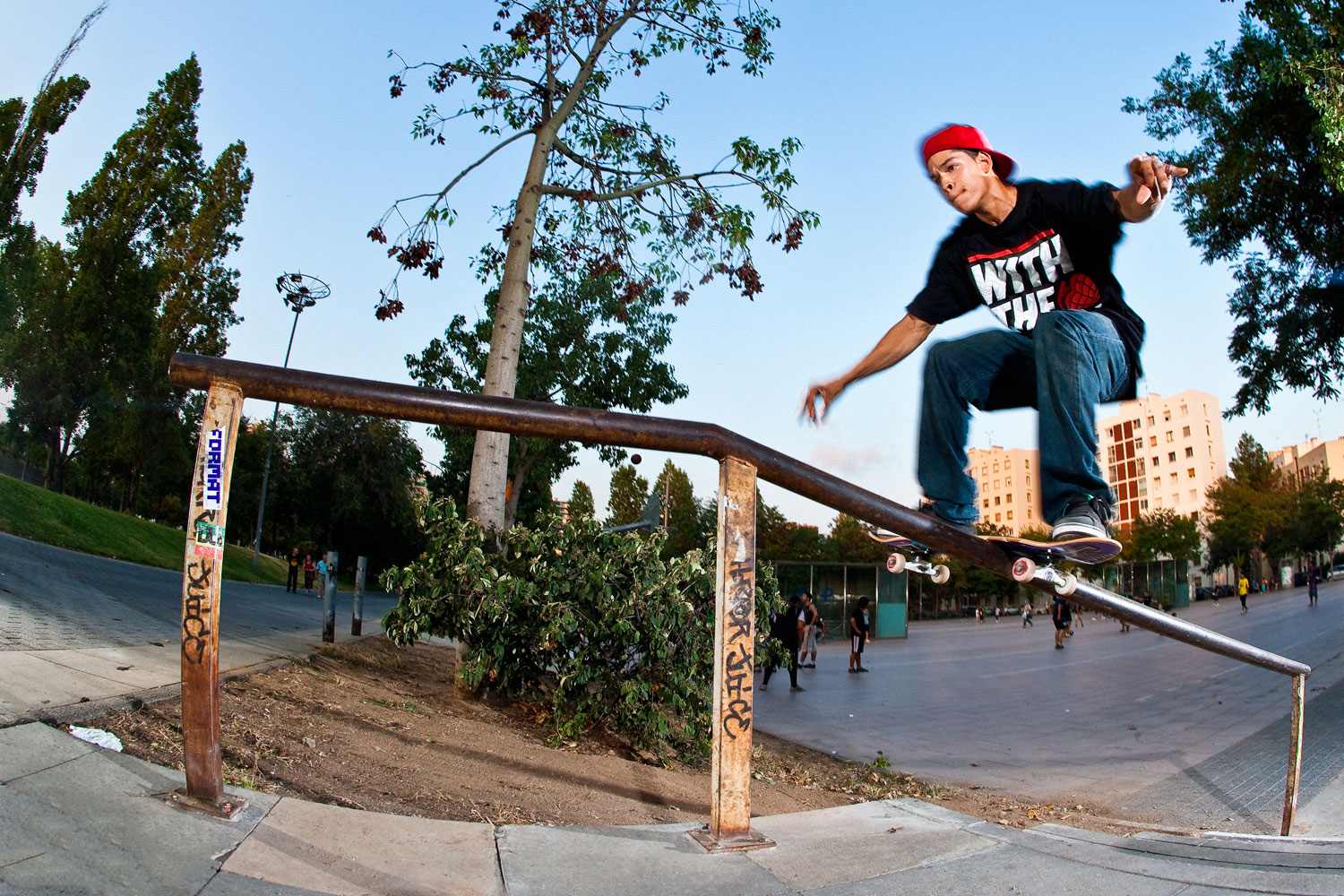 Boardslide up and into the Olympic Games. Photo: Krolick

Despite some skateboarders seemingly certain to make the cut for Tokyo, such as Australia's own Shane O'Neill who was awarded a $20,000 grant as an incentive to compete for gold, Tolentino is the first to talk about the formation of an actual Olympic team. Despite this, it's still unclear exactly what the qualification processes will be, which makes it difficult to understand how official this news is, despite Luis' assurances.

Regardless, Tolentino has quit his 9-5 job in order to focus on training for Tokyo thanks to the Dominican government's financial sponsorship. It will be interesting to see how other nations – particularly the US, who have by far the largest talent pool – begin to form their own Olympic teams. It's a strange time for skateboarding, and whether you back or despise the Olympic Games' involvement in the activity, there's no doubt that it's an interesting path ahead. You can hear more of Luis' thoughts on the matter in the video above.

Both sports favoured to appear in Tokyo