The announcement that skateboarding will almost definitely feature in the 2020 Olympics has been met with the calm and unconditional acceptance of skateboarders and sporting enthusiasts worldwide. Wait, what's that? It hasn't? Preposterous!

Remarkably, not everyone is looking forward to watching Chris Cole throw down NBDs in a full-body lycra uniform to the emotional stylings of Star Spangled Banner. Personally, I'll be damned if that's not what skateboarding is all about. And unfortunately for the naysayers, this week's announcement that skateboarding remains on the IOC shortlist ahead of August's final vote means the deal is all but done – skating will be an Olympic sport in 2020, whether we like it or not.

So comes the next debate – who makes the Australian Olympic skateboarding team? If being Australian has taught us anything, it's that winning sports is more important than literally everything else. Merely winning isn't enough, though – we have to win with drama, controversy, and character. So here's our shortlist for the soon-to-be household names that the Australian public will pretend to have known for years once the Olympic bandwagon spins around in 2020. 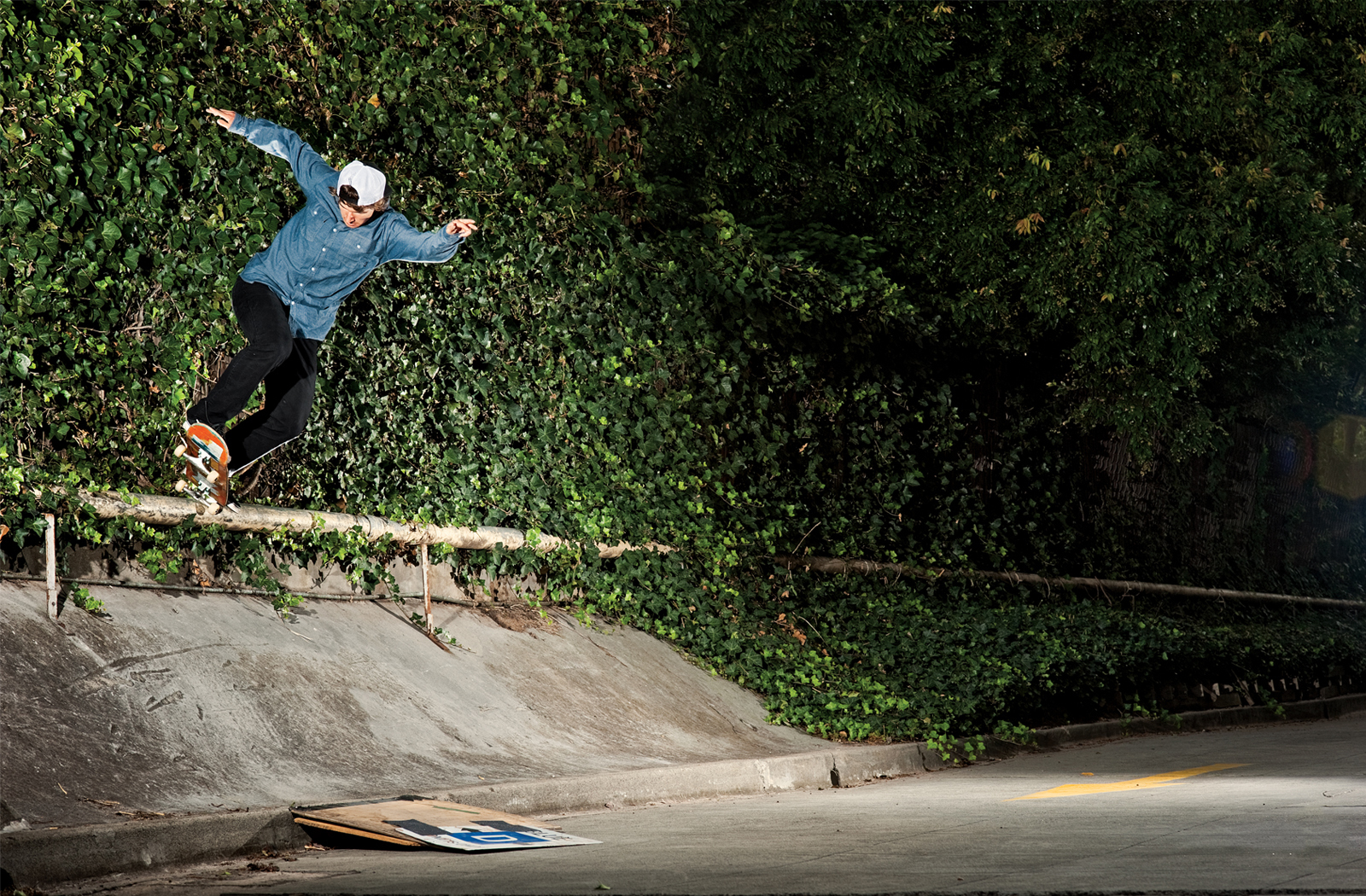 Shane "Nugget" O'Neill is the most obvious choice for any Olympic skateboarding squadron. Not only is he a pretty decent skateboarder, but he's also got a true blue bogan nickname for broad marketability – an important asset for any Aussie Olympian.

Shane's clean-cut image and flawless rap sheet make him the perfect poster boy for the Aussie team, and if anyone was going to lead the troops into battle at some sort of ceremonious opening event, we think he'd be a decent choice. Shane's the guy we'll be counting on to win us gold, and we can't wait to see his confetti-drenched, uncomfortably emotionless face atop a podium. 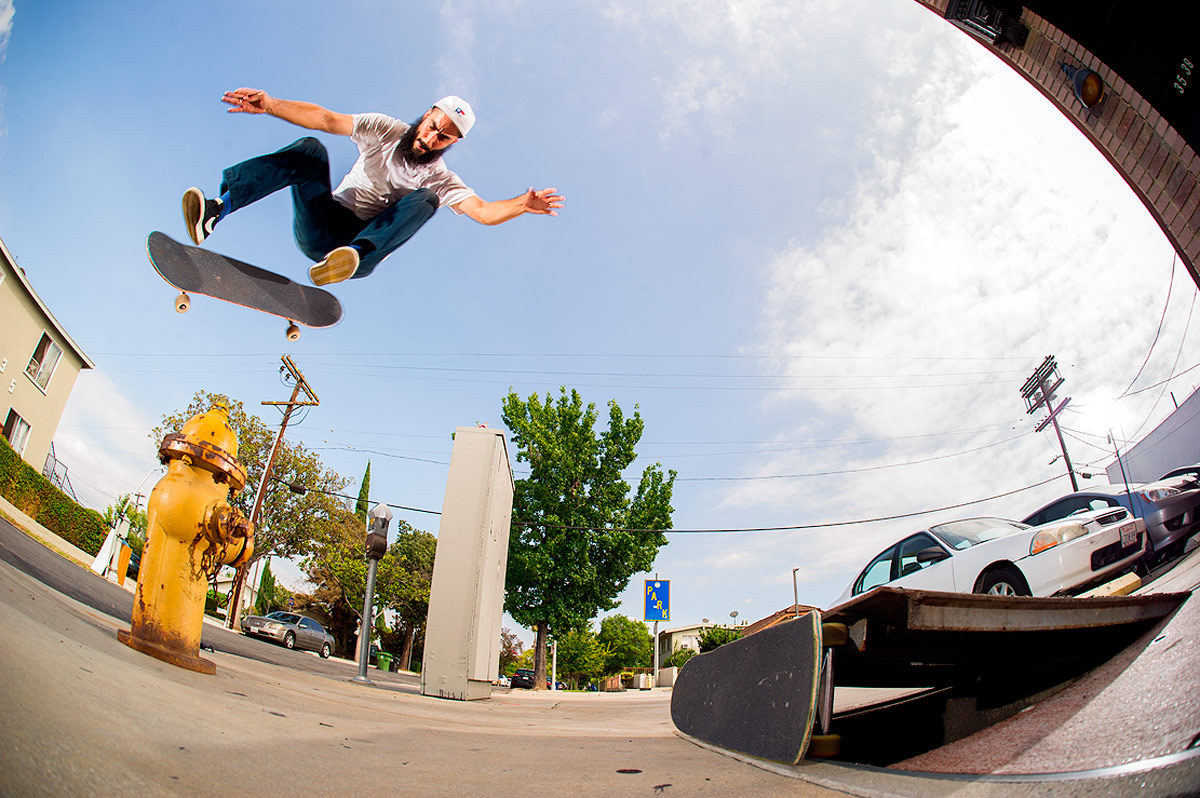 What does every Olympic team need? A marketable look. Snowboarding had Stale Sandbech's mohawk, running had Cathy Freeman's astronaut suit thing, and skateboarding will have Nick Boserio's glorious beard. By the time 2020 comes around, kids from Melbourne to Maroochydore will be growing Brass-inspired chin warmers in support of our Aussie icon.

We're not sure if Nick has ever actually entered a contest before, but his speed and power brings the kind of entertainment and character that an Australian Olympic team so desperately desires. With his raw energy and a style so loose it could advertise a car yard, Brass would be a priceless addition to Australia's 2020 Olympic skate team. 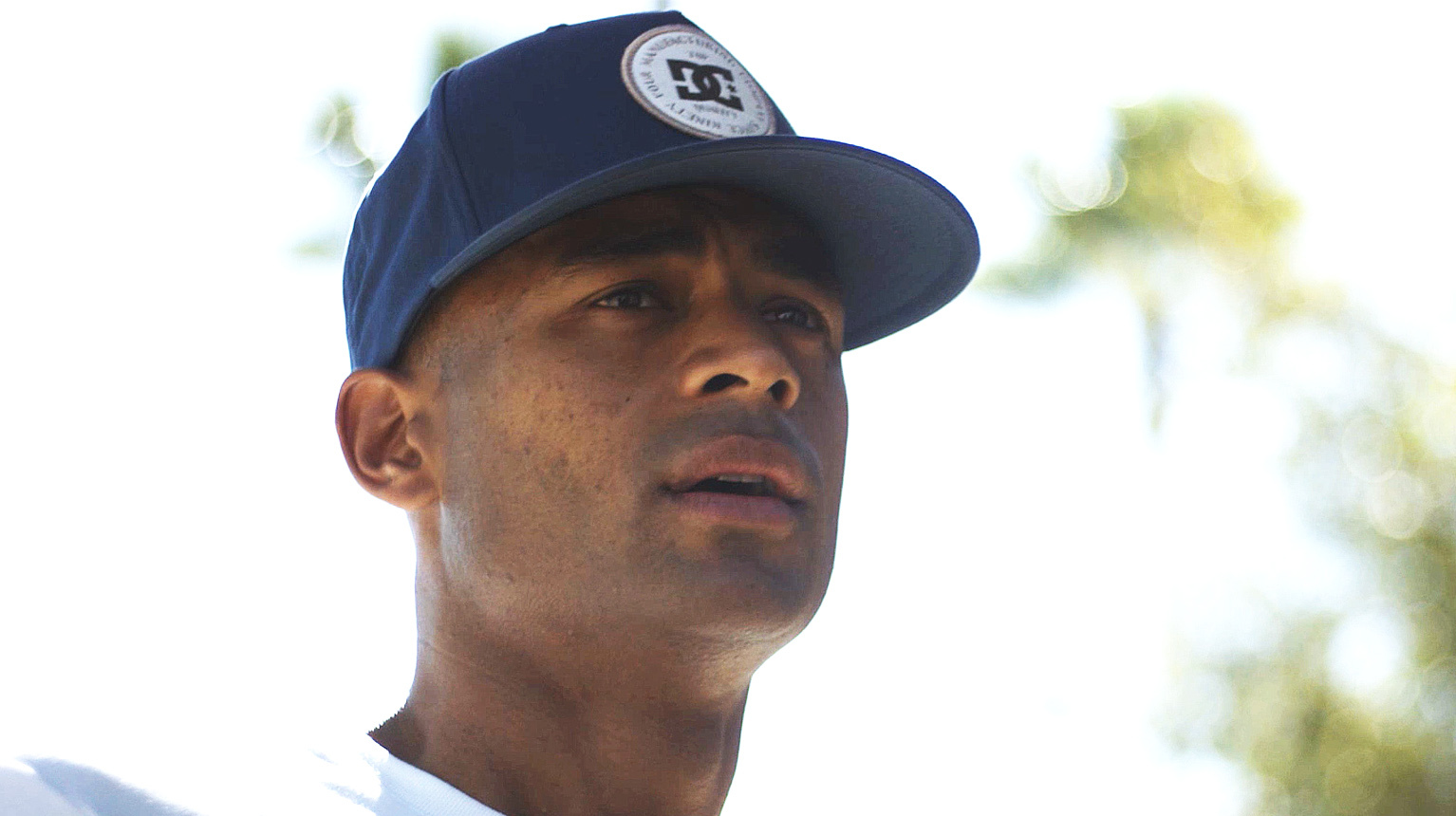 No Australian sporting team would be complete without a dubiously eligible participant, and South African-born, New Zealand-raised Tommy Fynn certainly fits that bill. Stealing Kiwis is one of Australia's favourite pastimes, and Tommy's recent invitation to Street League means he'll be finely tuned for competitive dominance when Tokyo arrives.

As a longtime friend of Nyjah Huston, Tommy has the added asset of enemy intel – Nyjah will no doubt be the raging favourite for Olympic gold, but with Agent T-Fynn on our side, his plans for world domination will surely be scuppered. It just wouldn't be an Aussie team without a sprinkle of cold-hearted backstabbing. 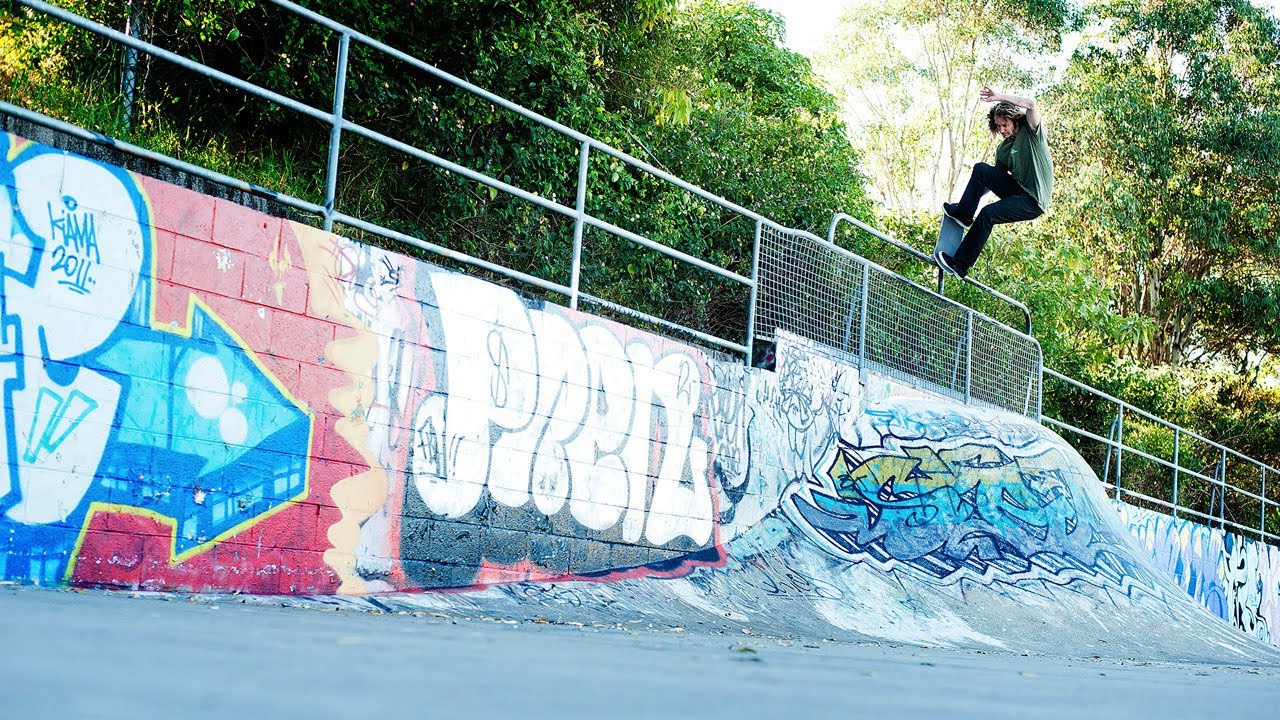 The Olympics are probably going to have some pretty broad events – with everything from street to big air potentially making an appearance. Heck, if Andy Mac gets his way we could realistically end up with a skateboarding version of motocross racing in Tokyo 2020 – and that's not a joke.

If any Australian was going to win a motocross event, it would probably be Jack Fardell, because he's the best all-terrain skater in the land right now. He'll be 30 years old in 2020, and will have by then developed an underlying disdain for society, thus making him more effective in ruthlessly crushing the opposition in any F-Zero style death race event – and let's be real, we all know the sport is heading in that direction. 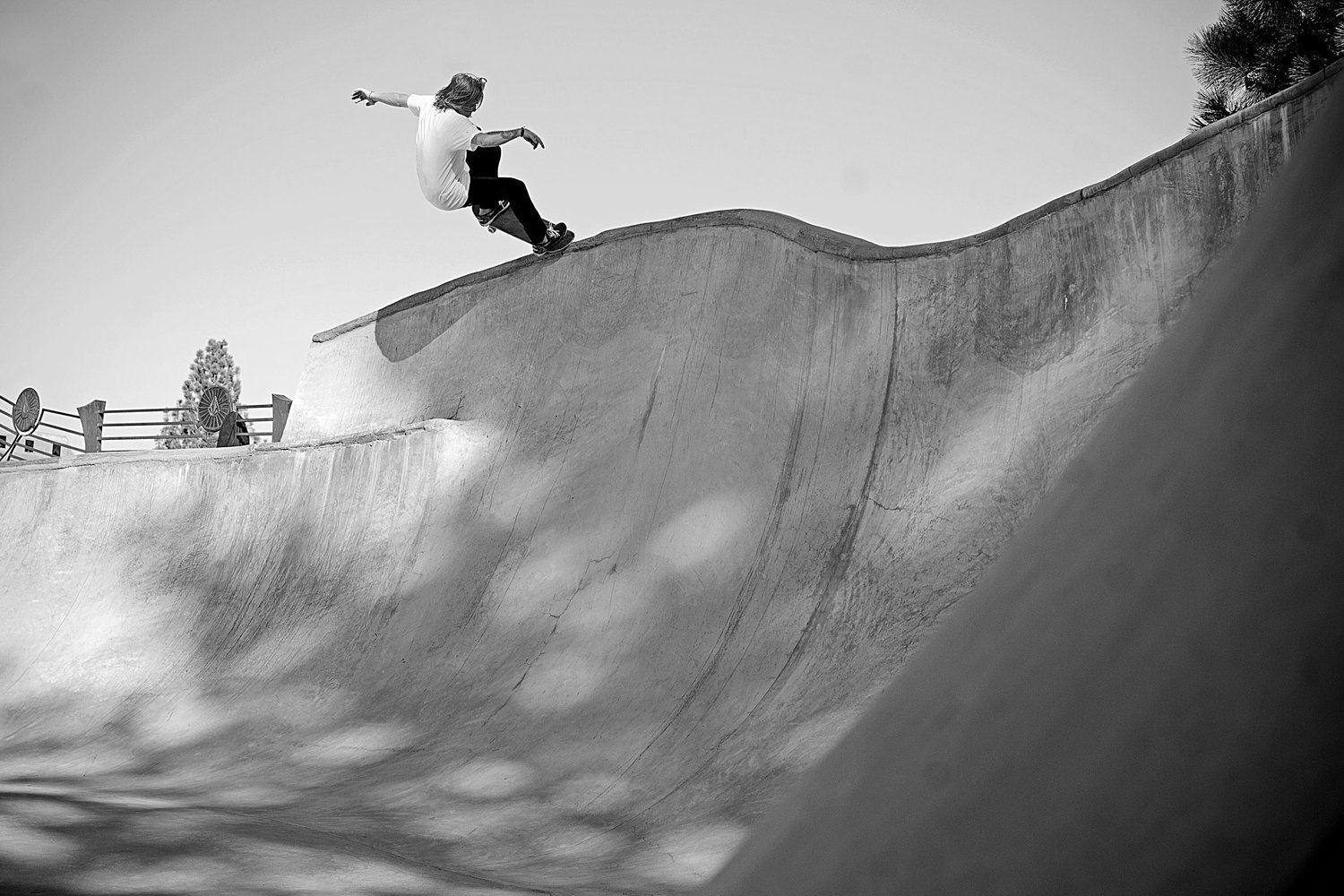 No Australian Olympic contingent could operate without the washed-up old guy who makes a barnstorming underdog comeback and miraculously lives up to his touted potential with a bag of medals before quickly relapsing upon his return home to the rigours of outback Queensland. Jake Duncombe's moment has finally arrived, and there's hardly anyone we'd rather see in Tokyo.

Jake is as true blue as they come, and his memorable performances as a 15-year-old in the Globe World Cup prove that he's more than capable of taking on the world in a contest format. Not only that, but controversially turning up drunk to an Olympic event would make for the kind of headlines the Australian public demands of its sportsmen on the national stage. Heck, we'd make Jake the captain – assuming that's a thing – because there's hardly anyone more suitable for representing our great nation in the global sporting arena.

Dustin will be pushing 40 in 2020, and presumably about eight knees deep by then. While his body probably wouldn't handle the athletic demands of sport's largest stage, the thought of an Australian Olympic team without our most recognisable export is simply unfathomable. As the team's coach, Dustin also isn't required to undergo drug testing – not that any skateboarder would ever test positive to illicit substances.

Dustin completes a well-rounded team of skateboarders and characters, of whom each and every one would do our great sporting nation proud at the Olympic games. We genuinely look forward to Tokyo 2020 – let's face it, this shit will be hilarious – and anyone opposed to eating Pudwill-endorsed Corn Flakes and arguing over the size of Olympic-standard handrails is simply missing the point: money is more important than integrity. Wait...

Both sports favoured to appear in Tokyo

Hooning through Melbourne with the Aussie madman