General Pants BOWL-A-RAMA Bondi 2016 is a wrap, and it will surely go down as one of the best contests in history. Heavy rain threatened to derail the second day of competition, but the skate gods stepped in to deliver unlikely blue skies and a full schedule of shredding from the world's best bowl skateboarders — capping off an epic two days of non-stop action and jaw-dropping tricks. 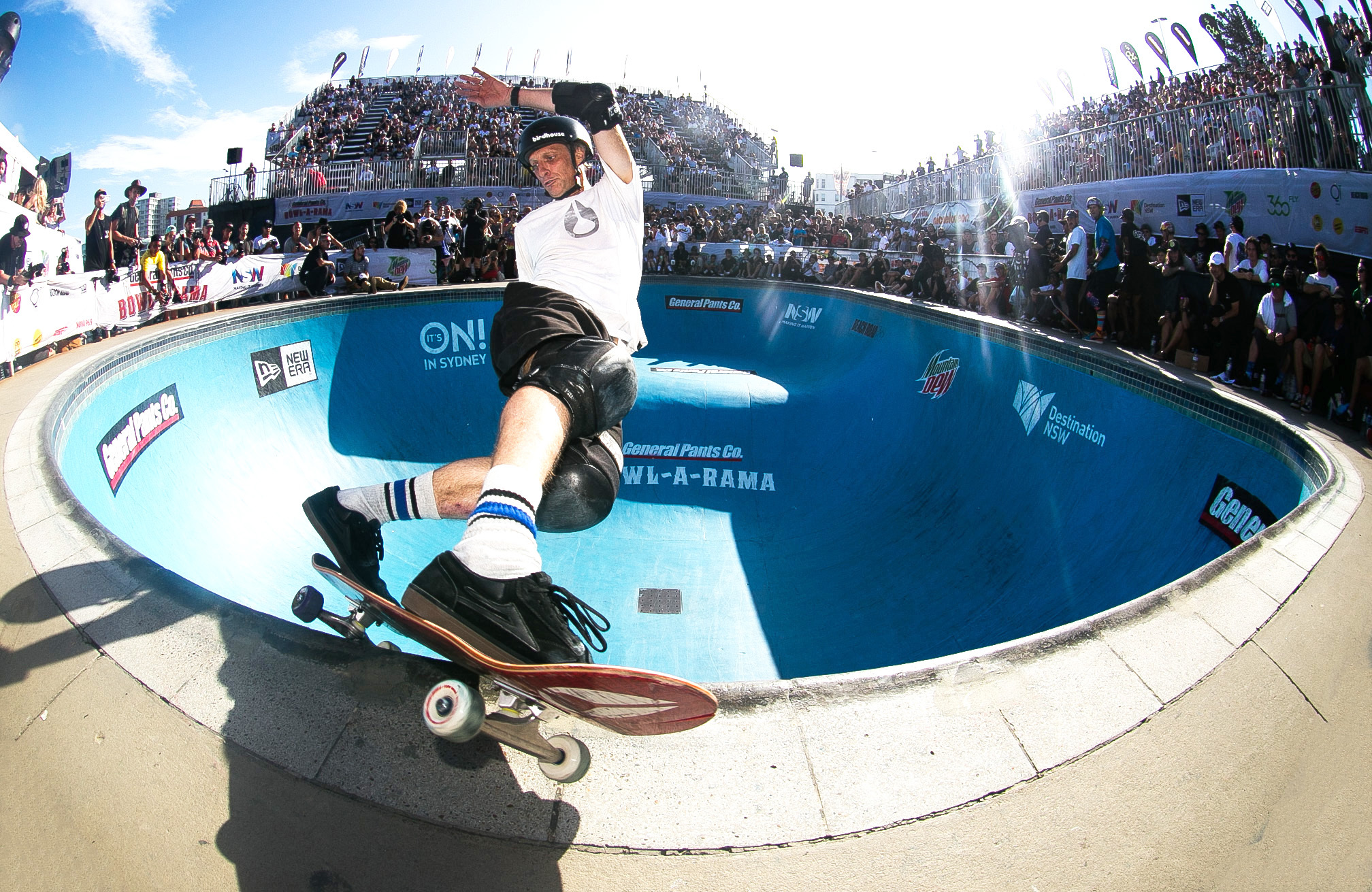 As always, the masters delivered a mix of old-school style and new-age trickery. Tony Hawk, last year's winner, was immediately granted access to Sunday's finals, but the rest of the elder statesmen battled it out during Saturday's qualifiers. The likes of Pat Ngoho, Renton Millar and Kevin Staab all delivered across both days, but Tony's flawless run in the final was enough to see him home for a third straight Masters' crown. 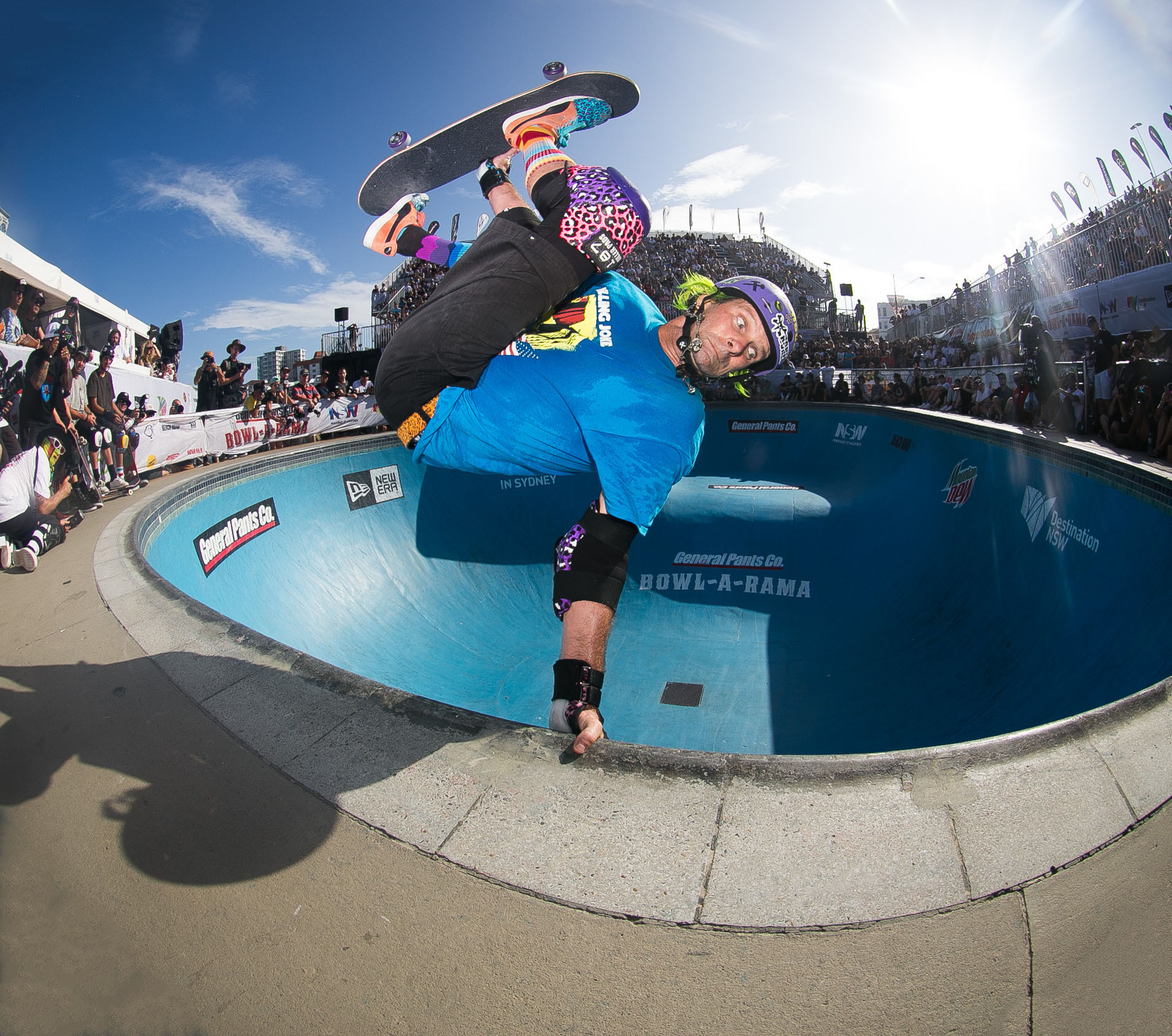 Kevin Staab kept things creative with an array of inverts, including this frontside variant 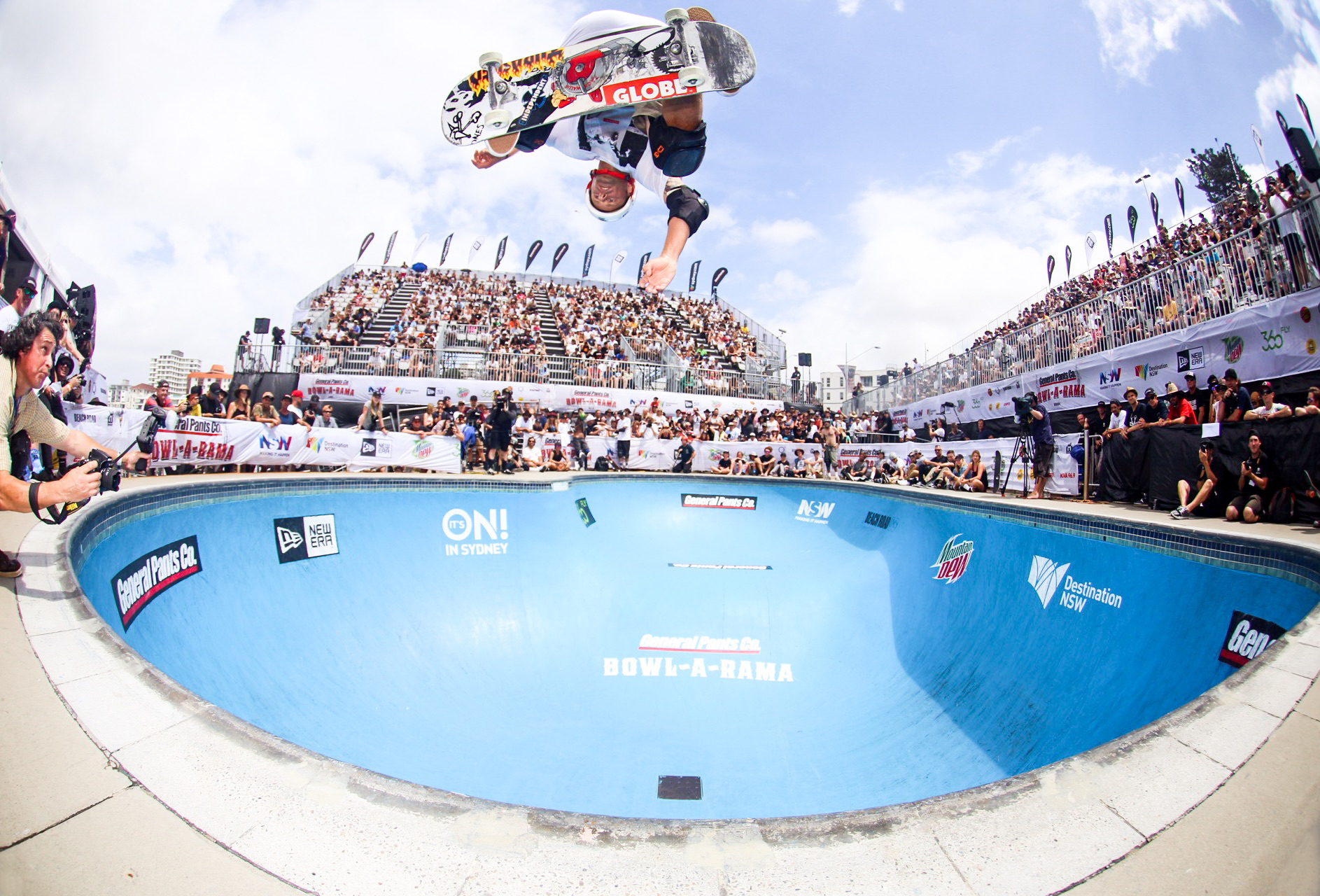 Aussie legend Renton Millar did enough to earn a podium finish in his first Masters' event, consistently nailing these backside ollies along with a stack of other gnarly tricks

Just as Tony was able to defend his Masters' crown, Bucky Lasek backed up his 2015 win with another triumph in the Pro division for 2016. Bucky's back-to-back style of pool skating links hammers like no other, and his prowess in switch stance always causes an excited frenzy among judges — for good reason, too. His trademark corner sessions practically sealed the deal. 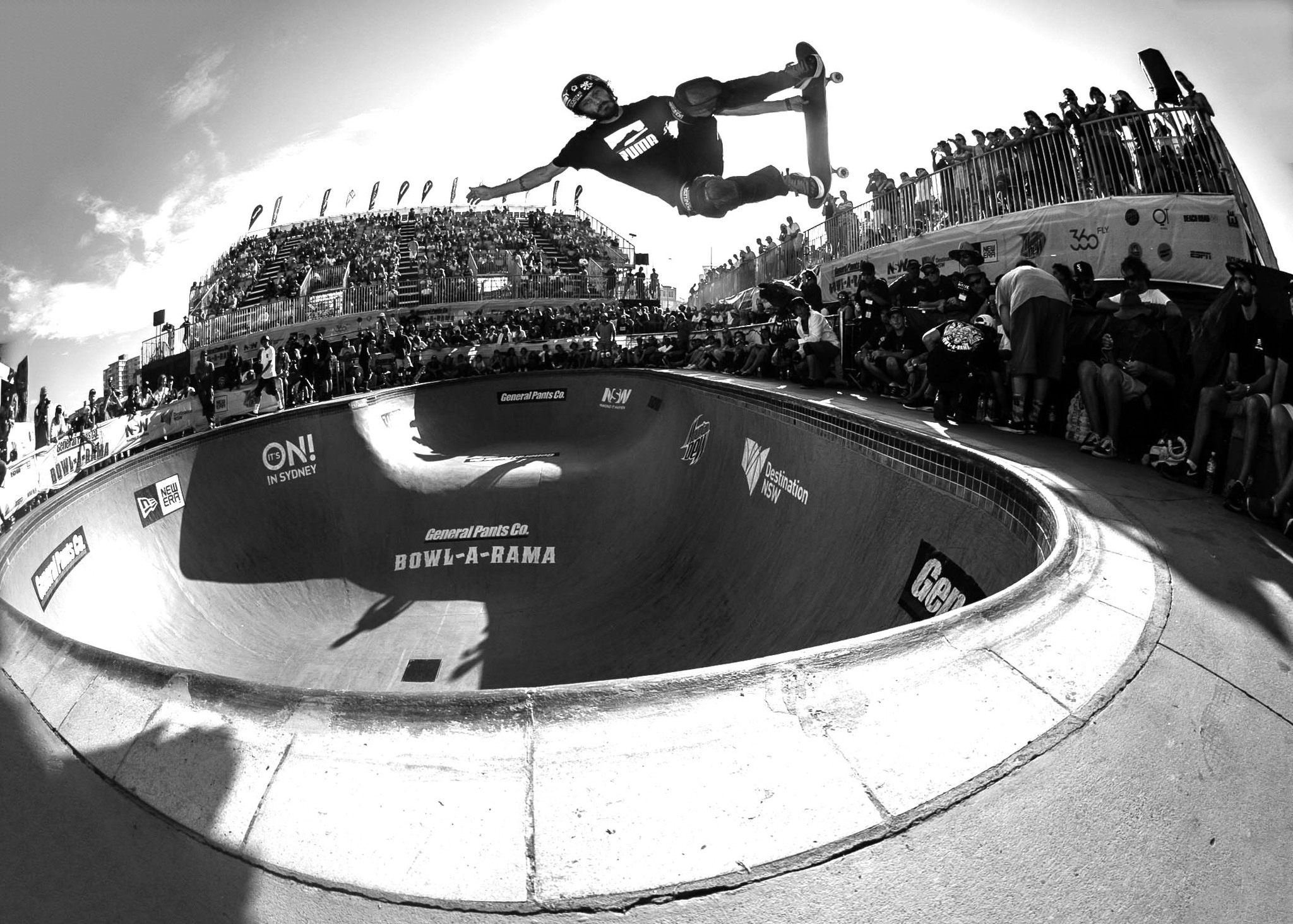 While Bucky might be in his 40s and old enough to move to the Master's division, the fresh crop of young kids were the real highlight. Cory Juneau's gigantic stalefish airs and massive 540s shot him to second place overall, while fellow youngster Tom Schaar managed to take third with a montage of difficult tricks, proving that he's not just another MegaRamp kid. The future has arrived at BOWL-A-RAMA. 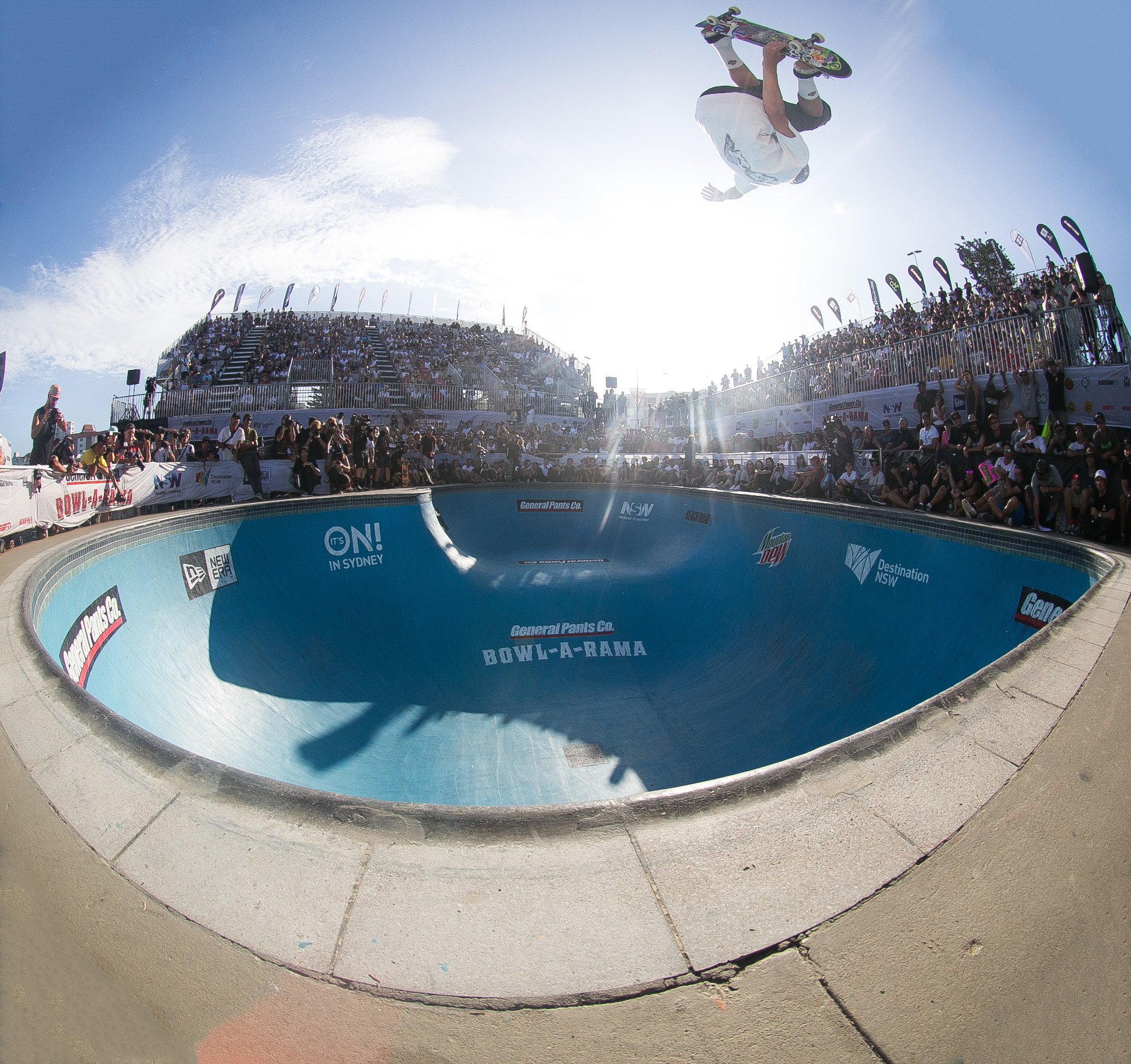 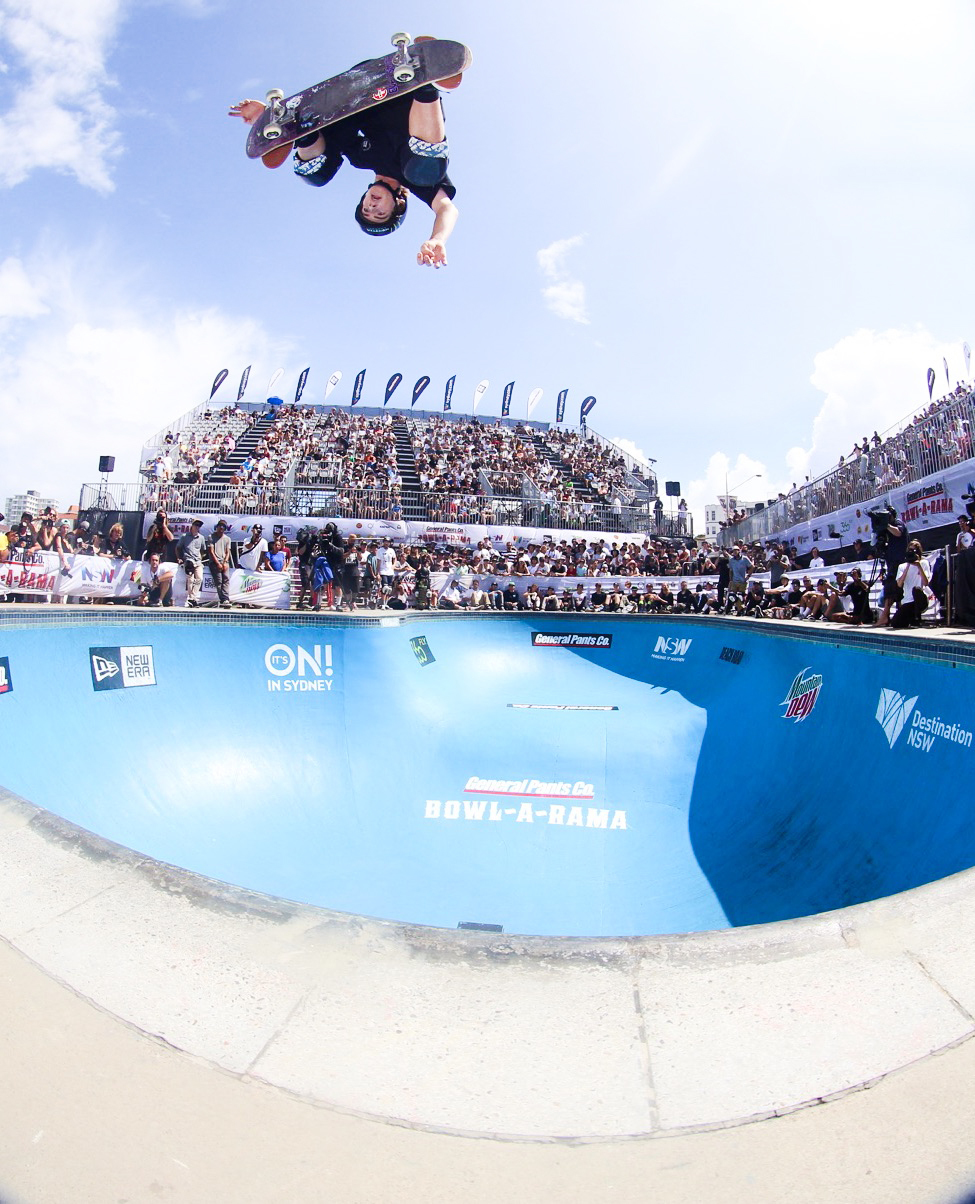 Tom Schaar's gigantic backside ollies are already the stuff of legend, and definitely helped him to a podium finish for the first time at BOWL-A-RAMA Bondi 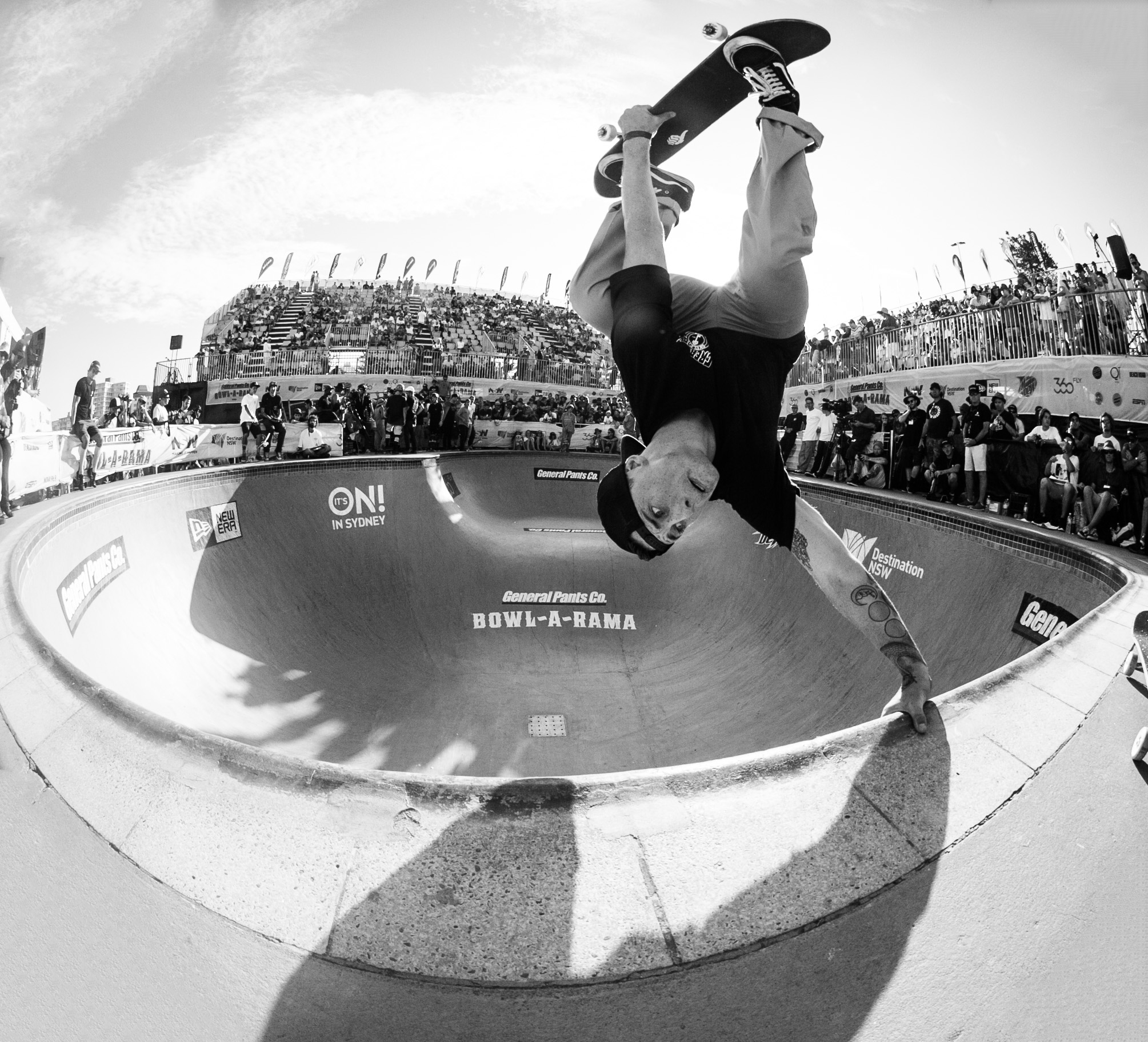 Team Padless also starred in this year's edition, with this Chris Russell invert one of many padless bangers to go down over the weekend 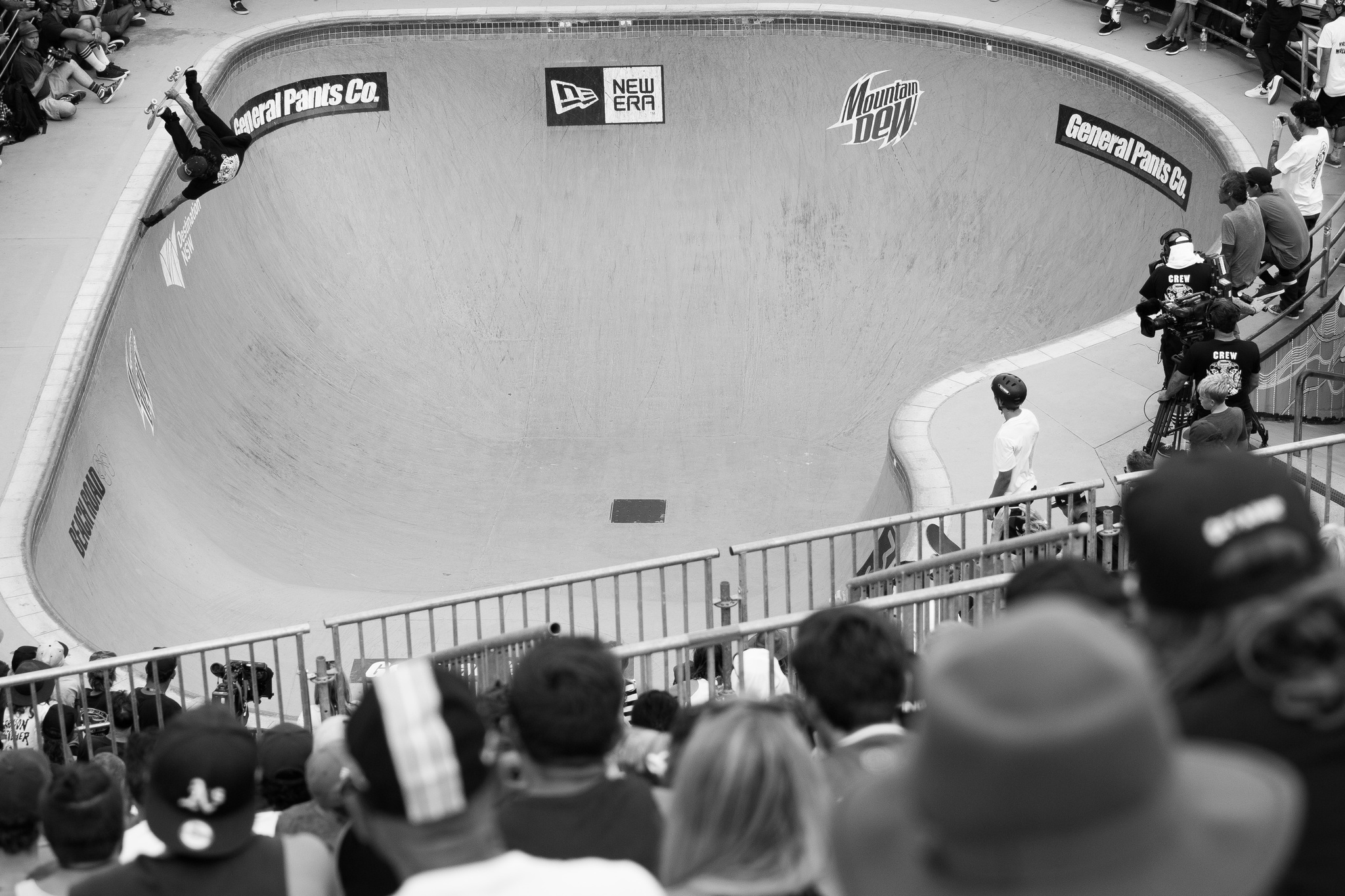 Alan Young was another of the padless bandits on display