General Pants BOWL-A-RAMA Bondi is one of the finest events skateboarding has to offer, and 2018's rendition truly cemented that notion. Held on postcard-perfect Bondi Beach, fans crowd around the bowl to generate an atmosphere reminiscent of '80s-era pool contests in Southern California, harking back to the days when pool skateboarding ruled the roost. The atmosphere, location and nostalgia factor attracts legends back to the bowl each year – many of whom don't bother with any other contests – but it also gives a platform for the up-and-comers to announce themselves in front of an international audience of fans and icons alike. 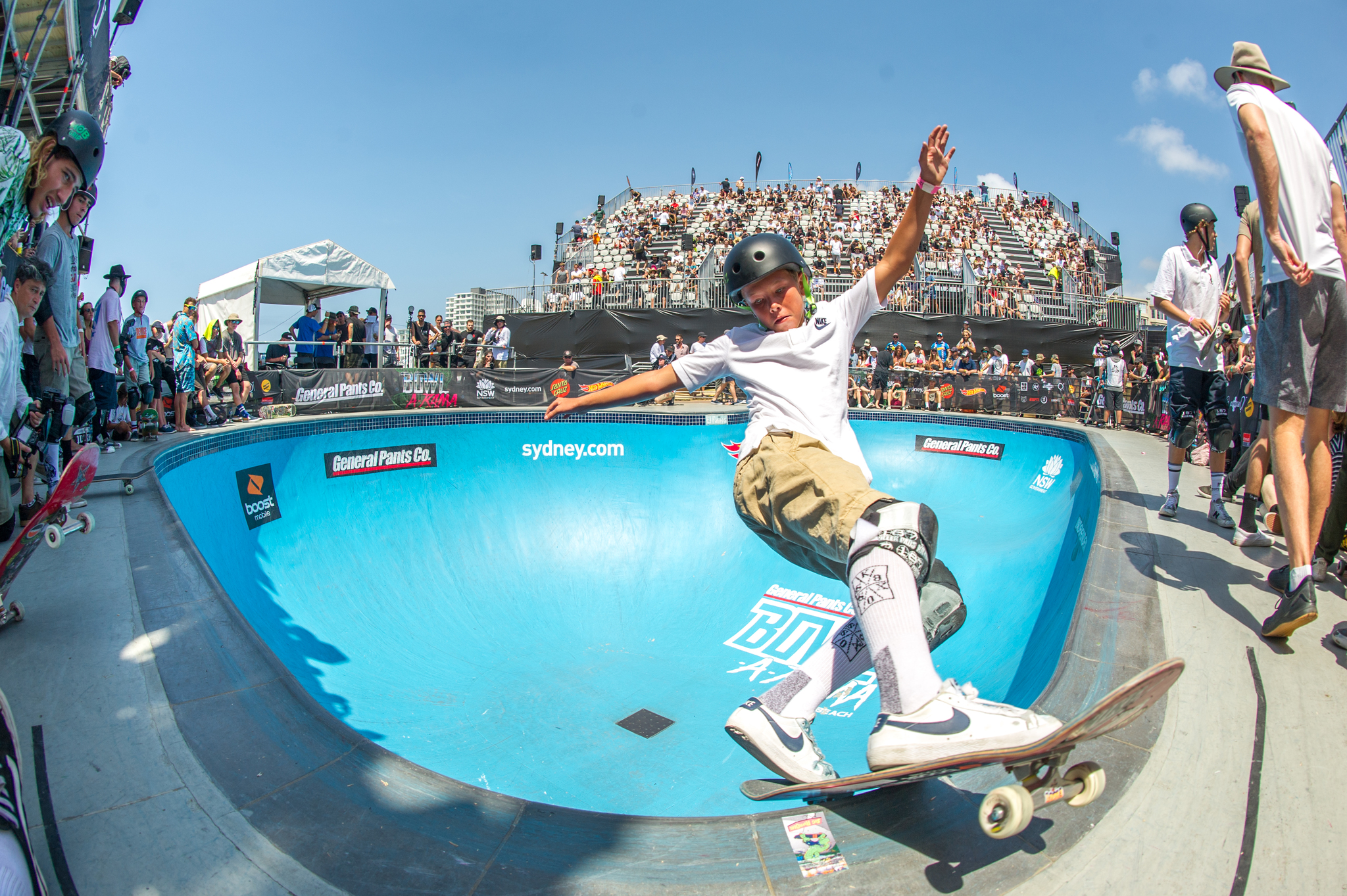 The influx of youth in transition skateboarding has never been more apparent than at this year's event. For the first time since the inaugural Bondi BOWL-A-RAMA way back in 2005, an Australian skater took the top prize in the Pro Division. Not only that, but 14-year-old Keegan Palmer also became the youngest ever BOWL-A-RAMA winner, comfortably topping a field of the world's best pool skateboarders from start-to-finish. He'd never competed in the Pro Division before.

While Keegan's performance certainly captured the attention of the skateboarding world, it was another Aussie who sent even heavier shockwaves through the crowd. 13-year-old Sabre Norris, competing in her first major skateboarding competition, blew everybody away in claiming the Women's Division. In all honesty, we can't quite believe what we witnessed during Sabre's runs. Sabre is known more for her surfing and bubbly personality – she was on the Ellen Show recently, focusing on her surf achievements – but last weekend we saw the best female transition skater in the country put on a show. 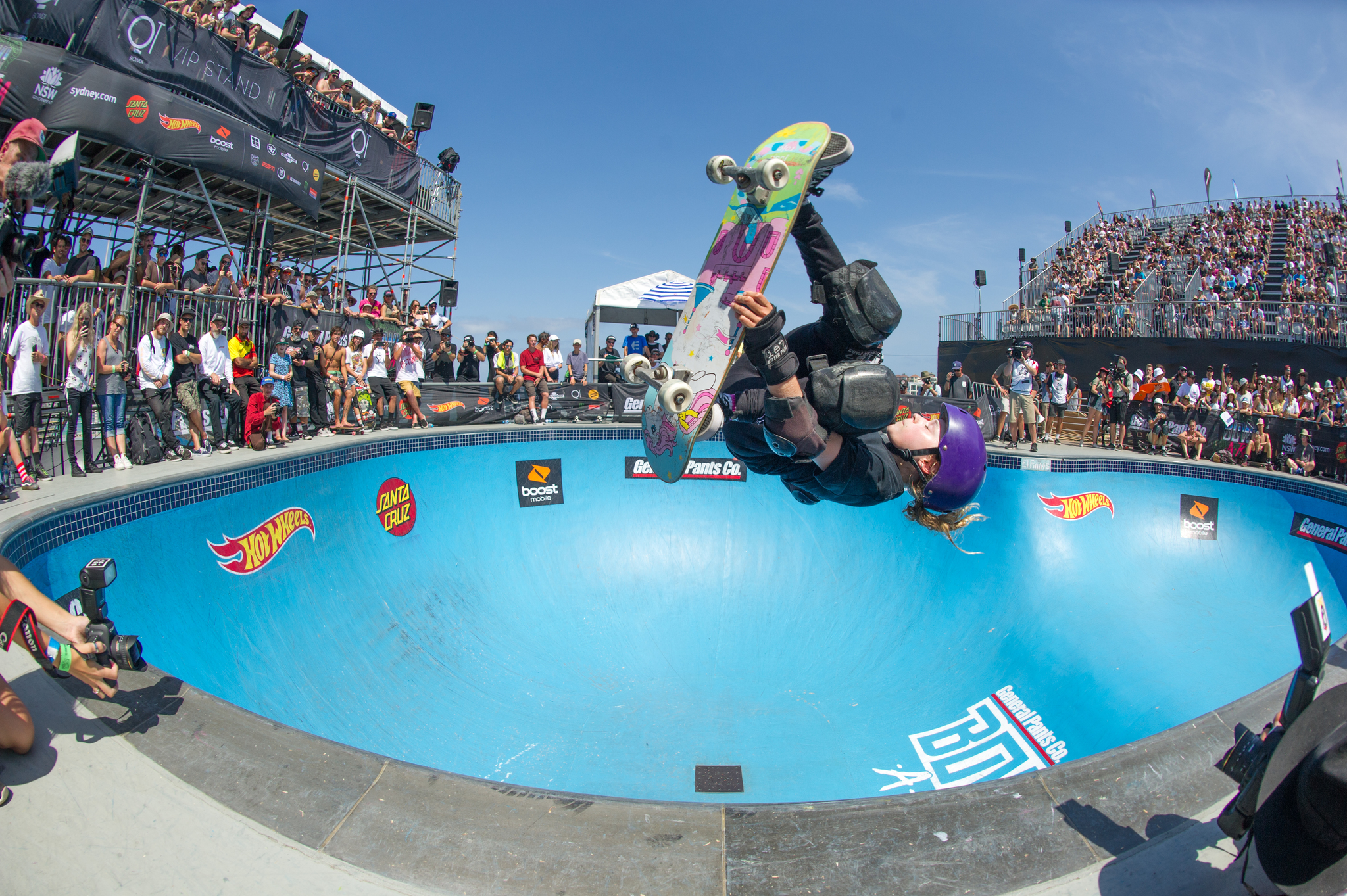 That may be a heavy claim – another Newcastle-based skater, Poppy Olsen, is a past women's World Champ – but Sabre's ability on a skateboard seemed to surprise even her. She rattled off 540s in every run with ease, becoming the first Aussie girl to pull off a 540 on vert during competition in the process, and one of just a small handful of female skaters to land one in history, Aussie or otherwise. She was cruising through the bowl, stringing together difficult tricks back-to-back with serious confidence. Arguably the most impressive moment, however, was one of the most innocuous. After reverting a 50-50 over the waterfall from shallow to deep, Sabre approached the deep end in fakie. In order to turn around but still remain in switch stance, she casually switch backside 50-50'd the deep end mid-run as if it was the easiest thing in the world. We've never seen a girl hit the lip switch in the Bondi bowl deep end, but Sabre did it just to turn around. It was seriously impressive. She claims to be focused on surfing ahead of Tokyo 2020, but her performance at Bondi might change her mind. She would stroll into the Olympic skate team right now, let alone in 2 years time. 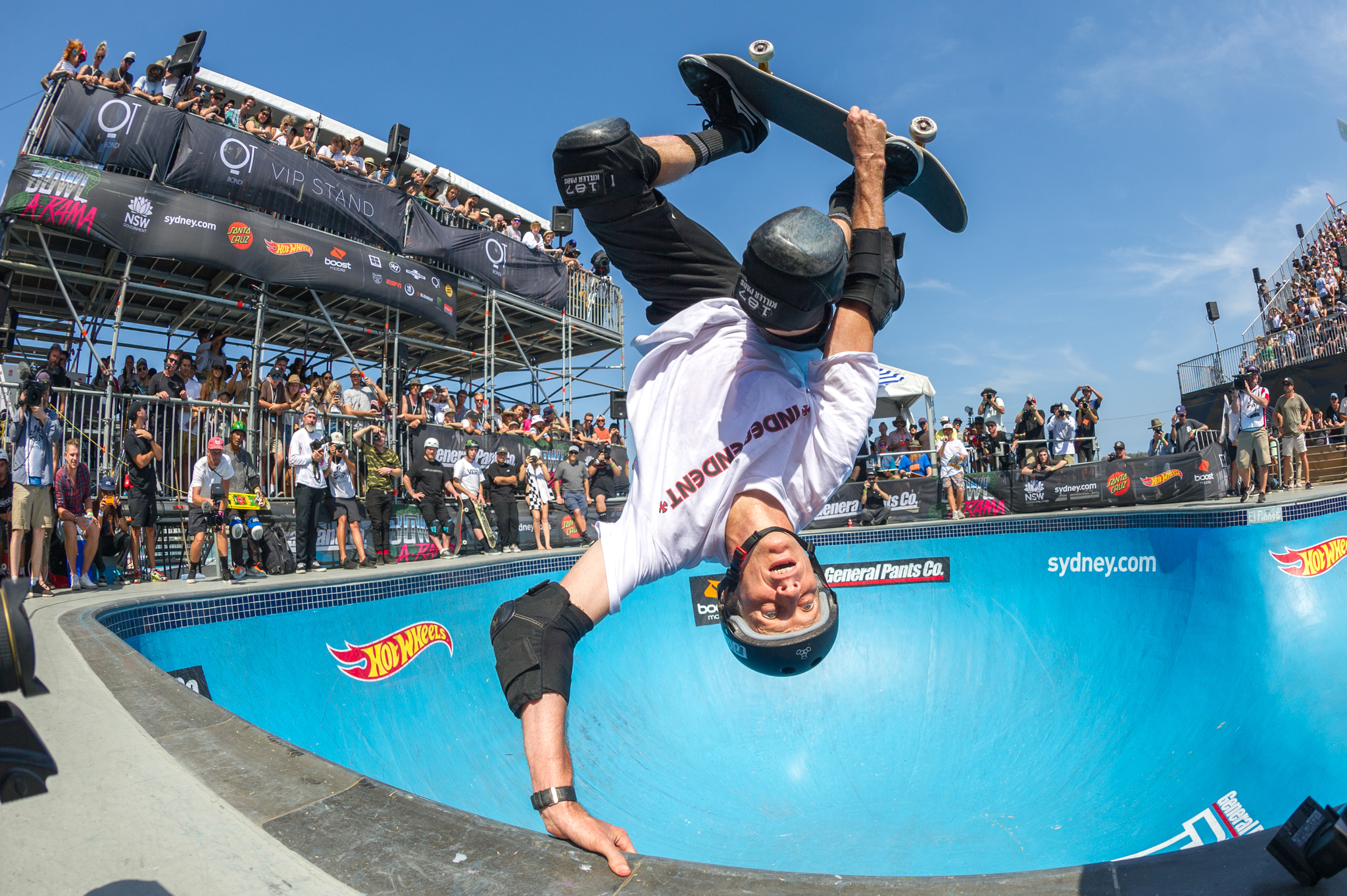 The kids weren't all the talk at BOWL-A-RAMA this year, though. The impressive results from Keegan and Sabre were juxtaposed by Tony Hawk's return to Masters glory, having lost his title last year to Steve Caballero. The crowd at Bondi was treated to arguably the best display from The Birdman since he began competing at BOWL-A-RAMA, as the 49-year-old added a fourth title to his string of successes at Bondi. Few events around the world give you a chance to watch the best up-and-coming talent alongside legends of the sport, and BOWL-A-RAMA is the only event where you'll find Tony Hawk mixing with other legends like Bucky Lasek, Pat Ngoho and Rune Glifberg. It's truly a sight to behold, and it elevates the Bondi contest far above most other transition-based competitions.

It's truly special that we're still able to witness the innovators and originators of skateboarding in their element. That's owed to how young skateboarding is, and it's not going to last forever. If you do get the chance to visit Bondi for BOWL-A-RAMA, you should do it soon. Watching legends of the past mix with legends of the future is what makes BOWL-A-RAMA unique, and this year was the best representation of those ideals to date. Long may it continue. 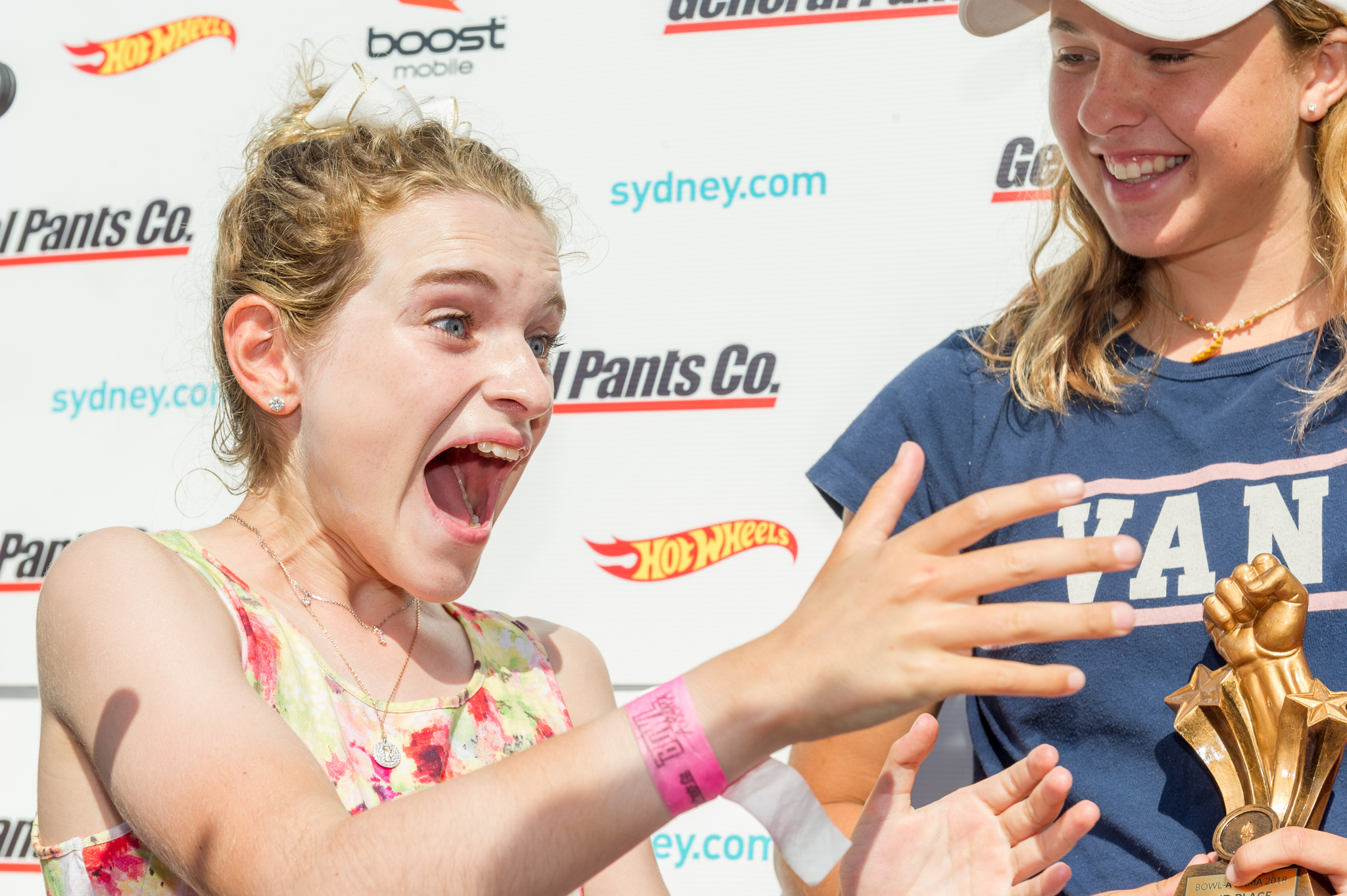 The best BOWL-A-RAMA yet

The finest female skateboarders on Earth

The Birdman touches down