All the action from Newcastle's Bar Beach

Newcastle's Bar Beach bowl was centre stage for another enthralling Australian Bowl-Riding Championship this past weekend, which saw some of the world's best bowl riders battle it out for bragging rights and a stack of cash. Veteran riders went head-to-head with the new kids on the block, with the likes of experienced shredders Rune Glifberg and Sandro Dias doing battle with teenage sensations like Cory Juneau and Trey Wood. 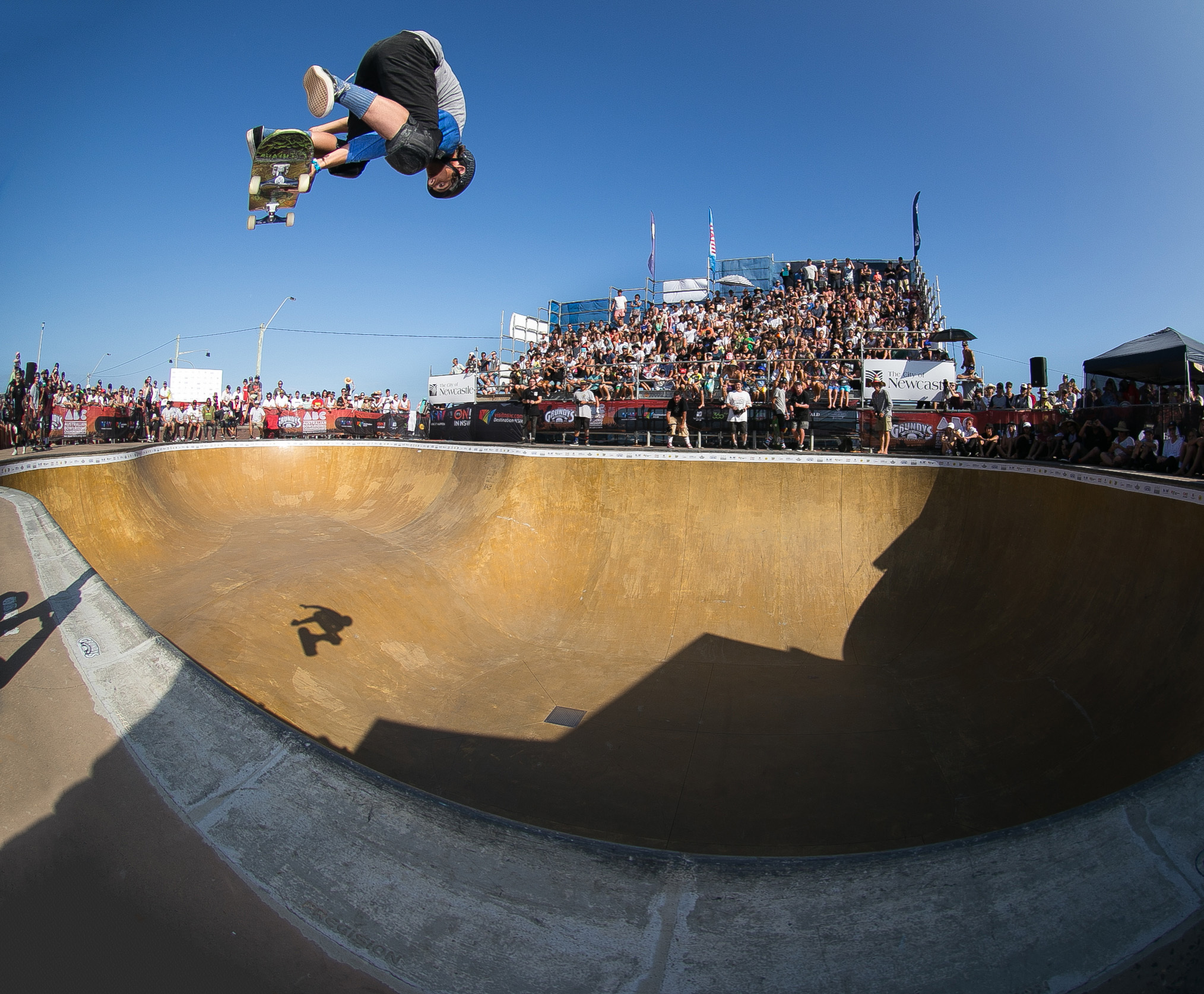 Fresh off a 3rd place finish at Bondi BOWL-A-RAMA just a week earlier, and with fellow podium-snatchers Bucky Lasek and Tom Schaar not competing, Cory Juneau was understandably the red-hot favourite to take home the top prize at the ABC. Cory's ability to find lines and skate every inch of the bowl was unmatched at the event, and coupled with his huge 540s and air game, it's easy to see why this 16-year-old talent is so well regarded amongst the skate community. Cory's eventual 1st place finish in the ABC pro division didn't come easy, though, with the top 5 riders separated by just a few points. 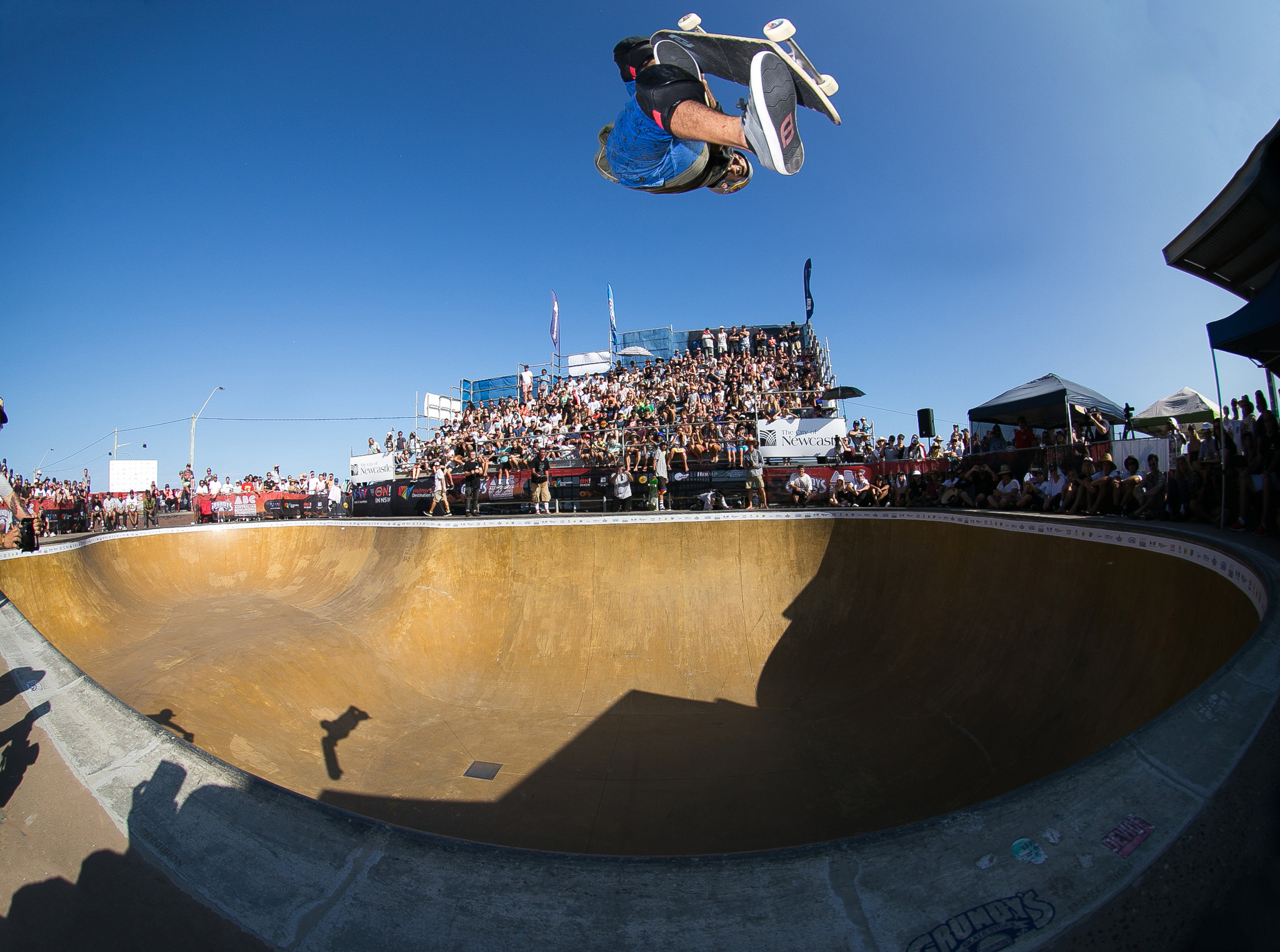 40-year-old veteran Sandro Dias was at his absolute best during the pro final, notching up a wild string of 540s and monster airs on his way to 4th place. Fellow veteran Rune Glifberg was also in stellar form, with his trademark heelflip indys and creativity firing him to a podium finish in 3rd. It was the young guns who took the top 2 though, with Trey Wood's constantly perfect lines and flawless style earning him a 2nd place finish alongside his good friend Cory Juneau. 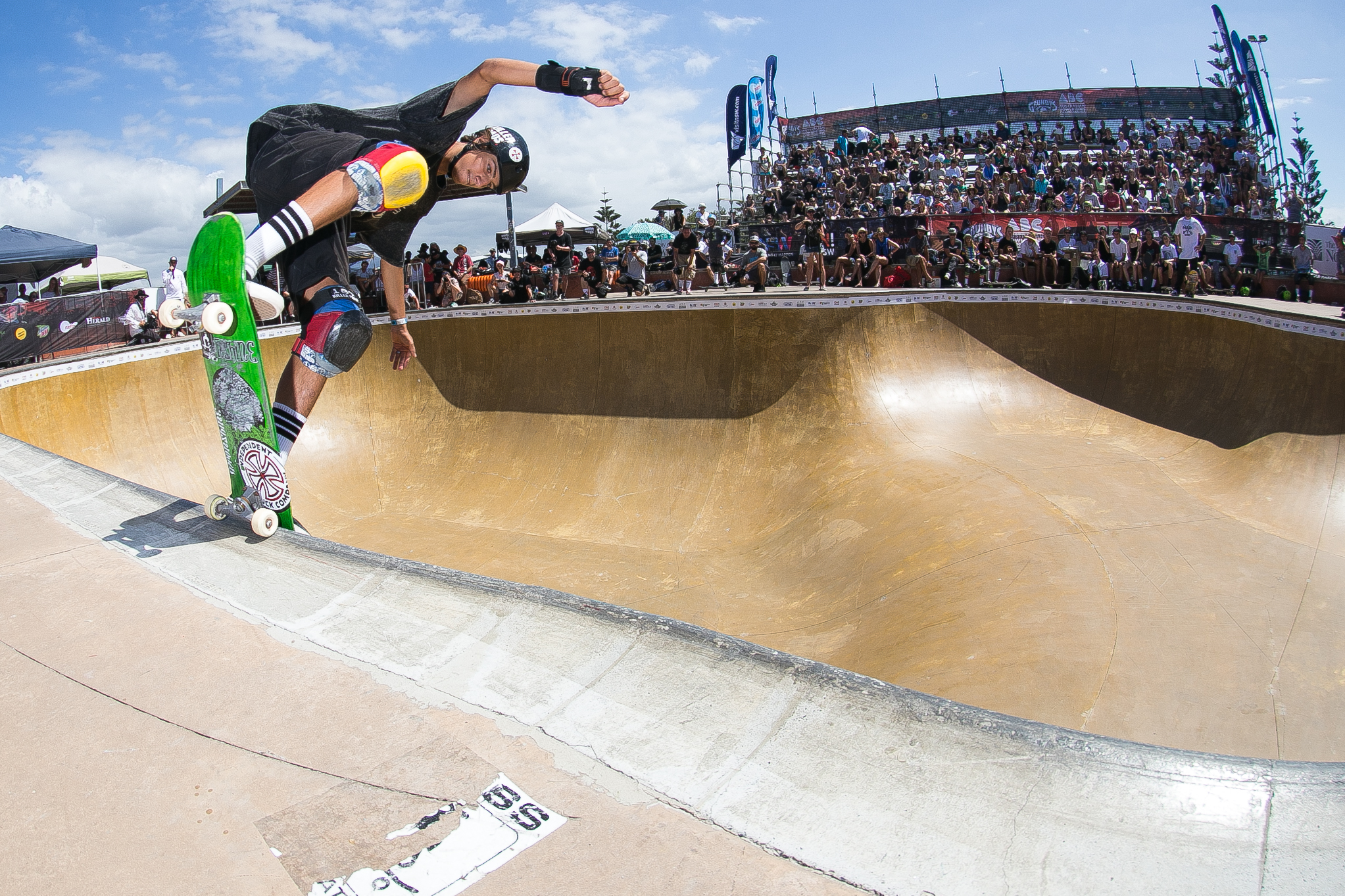 Italian youngster Ivan Federico is part of an extremely talented crop of teenage bowl skateboarders. Blunt around the hip, from deep to shallow. 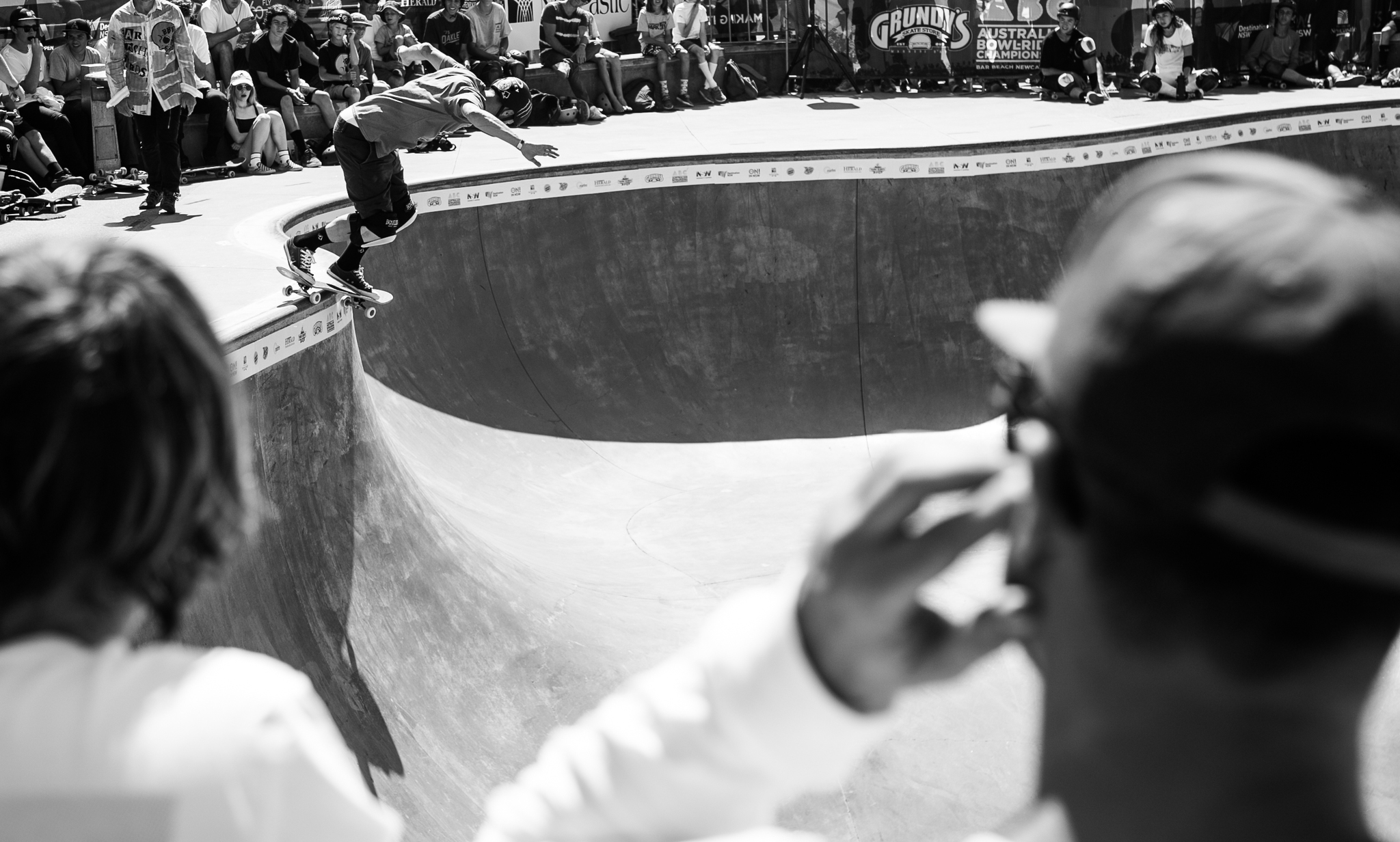 Rune Glifberg pulled out all the moves on his way to a podium finish. Back smith around the wavy hip with ease — not bad for a 41-year-old!

Luke Russell was another young shredder who impressed in the pro division, and as the only Australian to make the final, he was duly crowned Australian Bowl Champion for 2016. Luke's ability to string back-to-back 540s is nothing short of insane, and he has an immensely bright future ahead of him. 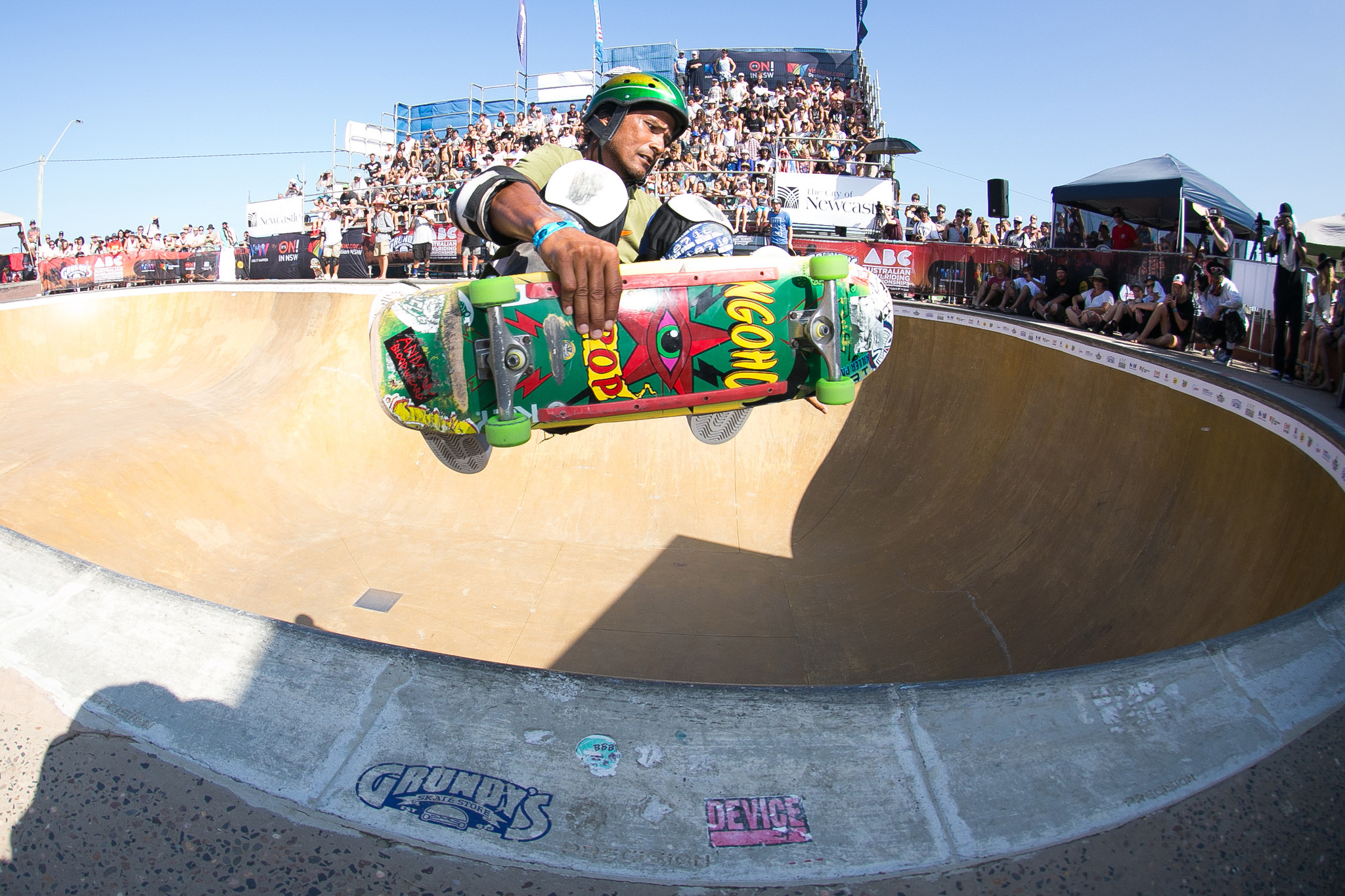 Pat Ngoho always brings pure style, and claimed his second runner-up award in as many weeks at the ABC.

Aussie legend Renton Millar couldn't quite stop Tony Hawk's run at BOWL-A-RAMA, but the 40-year-old managed to take home 1st place at the ABC with the kind of skateboarding that made him known the world over. Pat Ngoho backed up his 2nd place BOWL-A-RAMA finish with another runner-up award at the ABC, cruising with his trademark long boardslides and effortless style, while Brazil's Marco Cruz finished off the podium places. 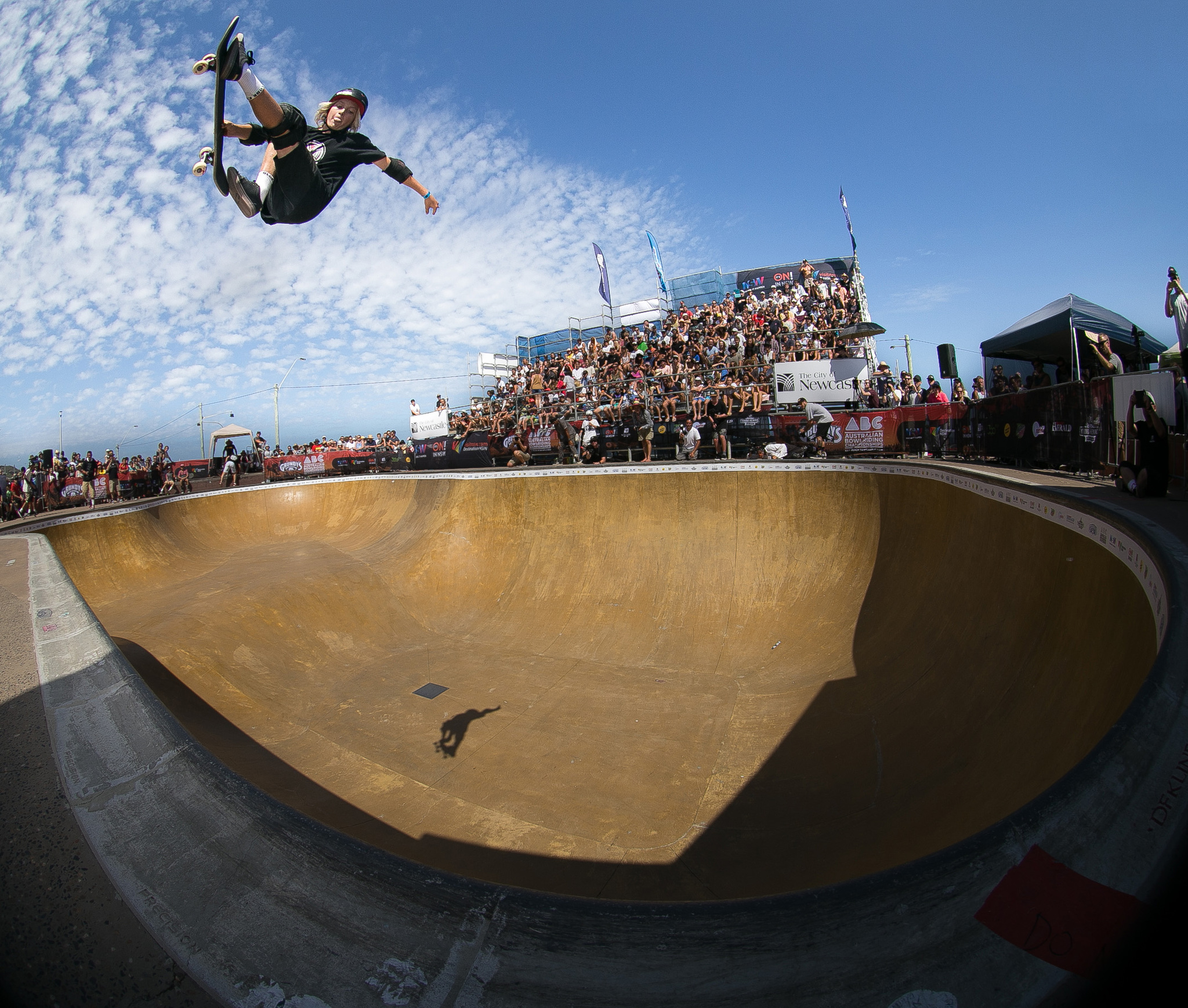 Australia's junior skateboarders seem to be getting better by the year, and that definitely held true this time around. Local shredder Jedd McKenzie showed why he's one of Australia's best up-and-comers, taking 1st place with a series of mammoth airs and unique lines. Another local boy, Zane Hedley, came in 2nd place, while 10-year-old prodigy Ethan Copeland continued to blow everyone away with a 3rd place finish. The future is looking mighty bright. 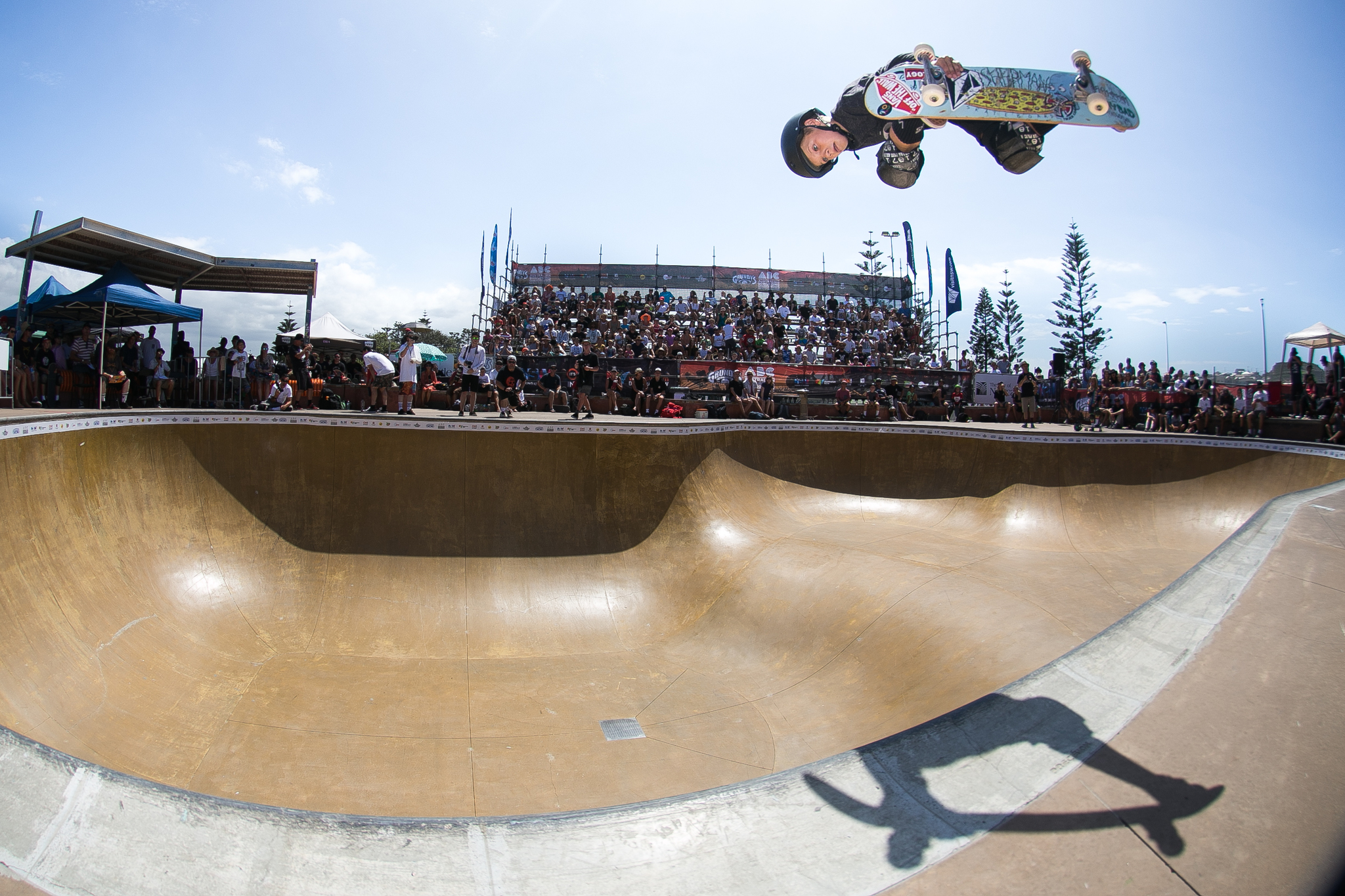 10-year-old Ethan Copeland showed once again why he's one of the world's best young skateboarders.

The women's skateboarding scene at Bar Beach is one of the best in the country, and that's epitomised by local girl and women's bowl-riding world champion Poppy Starr Olsen, who took home a deserved first place at the ABC. Poppy's huge airs, stylish tweaks, consistent lines and never-say-die attitude have turned her into a world beater, and after another ABC crown, she looks just about unstoppable. Jordyn Barratt and Sari Simpson definitely put up a fight in claiming 2nd and 3rd respectively, and the future of women's skateboarding in Australia looks seriously good. 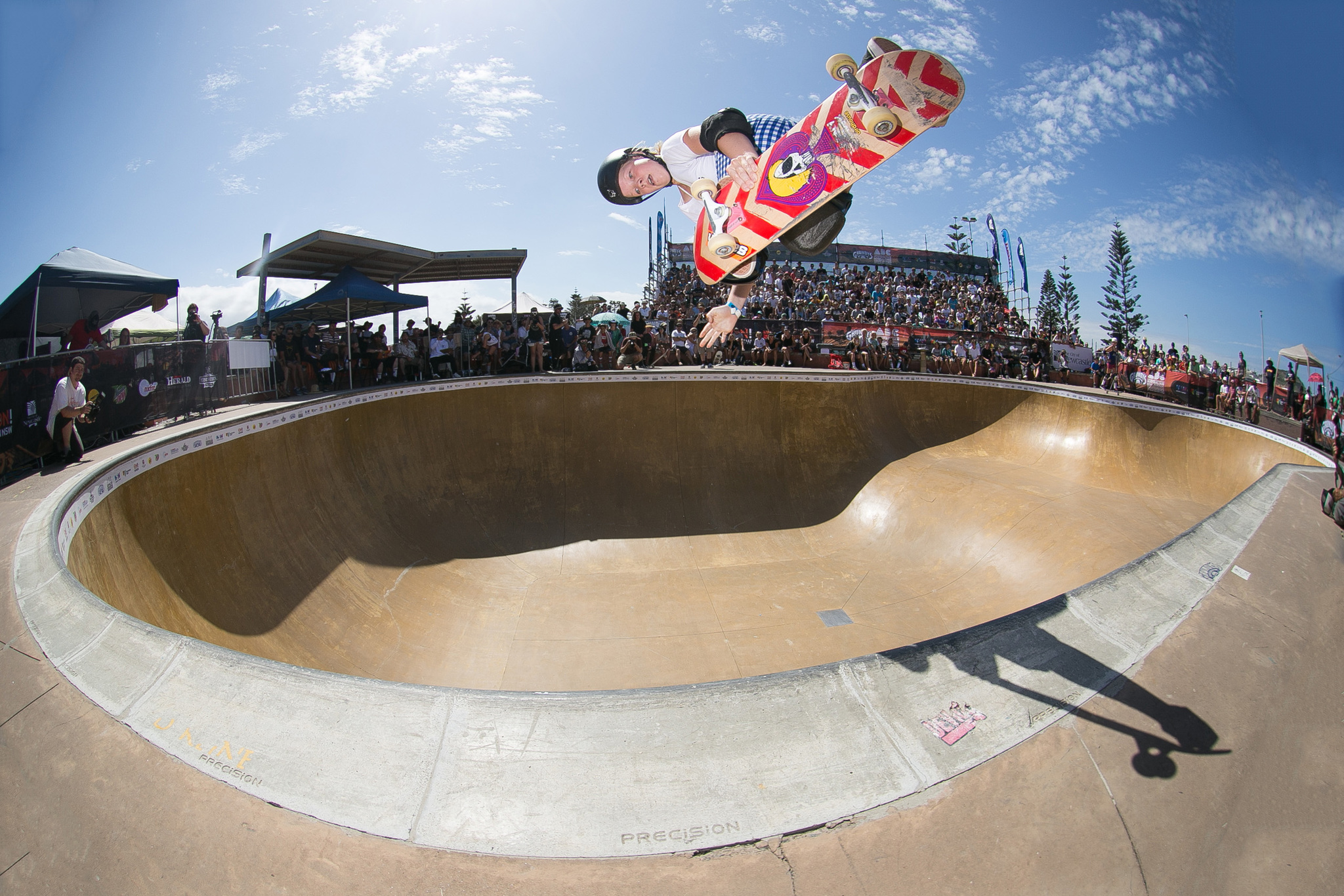 Poppy Starr barnstormed her way to victory in the girls' division, proving why she's the number 1 female bowl skater in the world.