We look ahead to the third tour stop

The final Aussie WSL event sees the crew head over to Western Australia's Margaret River, where Matt Wilkinson aims to continue his unbelievable campaign with a potential third win and a clean sweep of the Aussie contest run. The West Coast of Australia is renowned for its fine wine, amazing food and world class surf, and the latter will definitely be on display as Margies plays host to the world's best surfers. 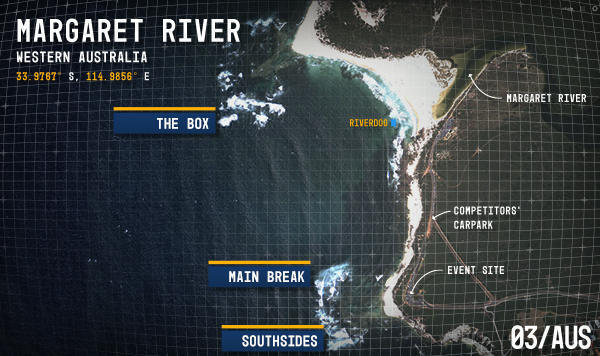 Margaret River from above

Main Break: The main break at Margaret River is an a-frame peak, however most surfers go right as the left can get a bit on the fat side. It can hold from 2-15ft. ESE winds are favourable along with WSW 2-4m ground swells for the main break to really kick off.

The Box: A gnarly and thick right-hander, The Box is a heaving slab breaking over a shallow reef. Optimal conditions for The Box are light/moderate ENE-NE winds, a mid-to-high tide and mid-to-long period W-WSW groundswell in the 2.5m-3.5m range.

North Point: This break can be fickle, but when it lights up in the right swell and right wind, boy you better look out. This is the pride break out of the three. Needing a solid WSW-SW groundswell, this grinding reef break can dish up either the best tube of your life or one of the biggest hidings. Floats like a butterfly, stings like swarm of hornets.

Bells Beach Recap
Matt Wilkinson! Again! We'd have never picked Wilko going back-to-back. He has silenced the critics and has a whopping lead over the rest of the field. Fun fact; the last time anyone won Snapper and Bells back-to-back they went onto win the World Title. Kelly Slater did it along with Sunny Garcia. Jordy Smith, who took runner-up, looks to be back in fine form, carving up the Bells bowl with a series of man hacks, annihilating almost anyone that stood in his way. The rookies are still continuing their dominance – Connor Coffin looked unstoppable until he came unstuck against Mick Fanning in the quarter-final. Davey Cathels also had a solid run into round 5. Heavy hitters Jeremy Flores, Taj Burrow and Josh Kerr all had bad results, bombing out in round 2. 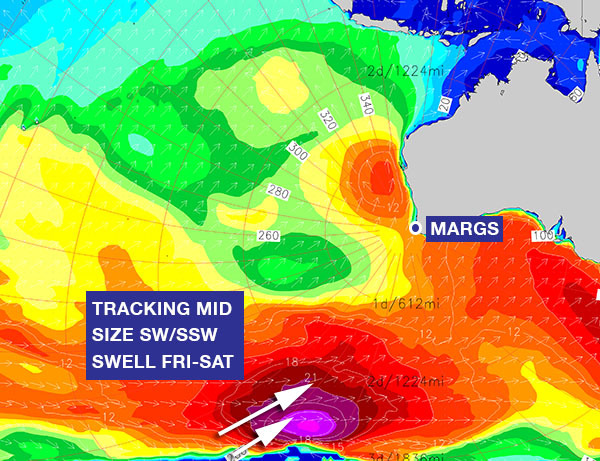 Can Matt Wilkinson continue his fairytale start to the year? Will Kelly Slater be able to string a heat win together? Will local legend Taj Burrow find his mojo? Or will all the wheels fall off? Stay tuned as we unleash all Margaret River Pro coverage for 2016.