The Best Skaters Over 40

The world of skateboarding in 2016 is a crazy place. Long gone are the days of skaters retiring in their mid-20s, and with skateboarders seemingly getting both younger and older by the day, the diverse nature of the sport has never been more apparent.

This list, in no particular order, profiles 10 skateboarders who are still releasing constant footage and killing the game well into their 40s. We decided to make it an even split between street and vert skaters, although most of them have covered both over their years in the skateboarding world.

We obviously couldn't fit everyone into the list, but we think these 10 skateboarders are currently the best of the best in their age bracket. It's genuinely hard to fathom that some of the guys we watched as far back as the 80s are still completely relevant skateboarders today. Let's take a look. 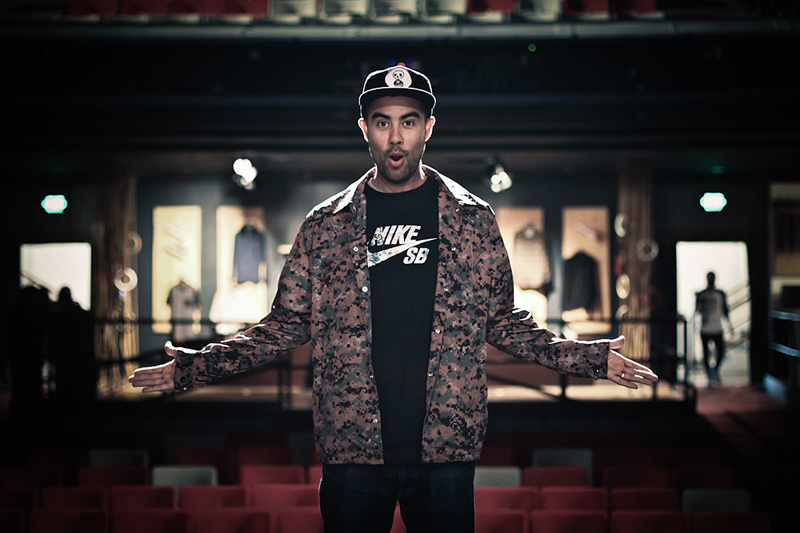 In terms of influence on modern street skateboarding, it's hard to go past the feats of Eric Koston over the last 25 years. When he debuted in H-Street's Next Generation as a 17-year-old, it was obvious that he was something special – but nobody could have predicted the way he'd change the skate landscape. A member of the first Girl Skateboards team, Koston's monumental parts in Goldfish (1993) and Mouse (1996) cemented him as one of the world's best.

The peak of Koston's powers came in the early 2000s, with his era-defining sections in both Menikmati (2000) and Yeah Right! (2003) helping stake his claim as arguably the best street skateboarder of all time. And he's still killing it now. After a somewhat disappointing appearance in Crailtap's opus Pretty Sweet, Koston made a massive return to form in the latest Nike SB Chronicles instalment, and regained the faith of skateboarders across the world. 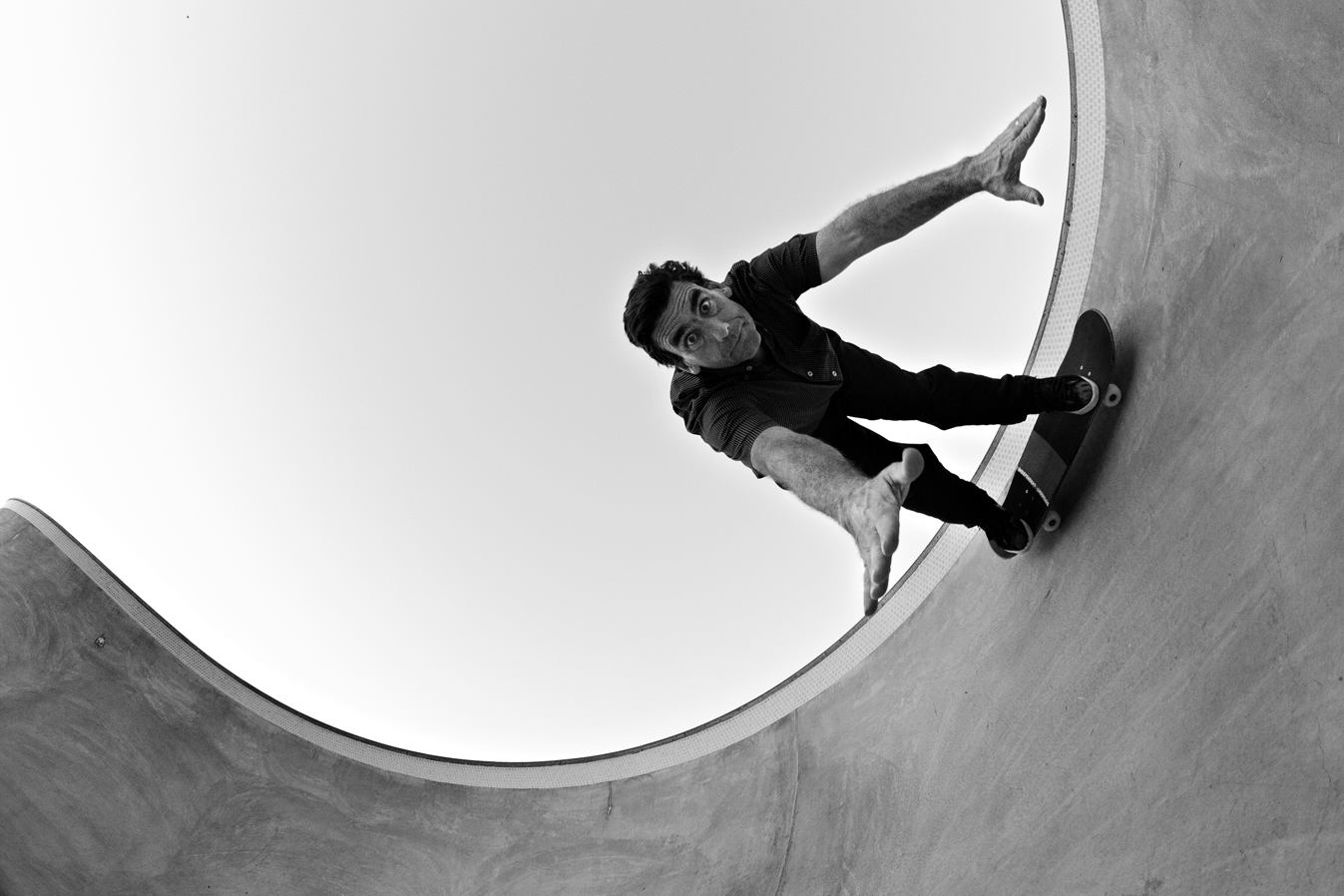 Lance Mountain burst onto the scene over 30 years ago in the first Bones Brigade movie, and he's still releasing high-quality video parts to this day. His latest part in Nike SB Chronicles 3 was apparently his 30th part in as many years, and few skateboarders have constantly been a part of the scene like Lance. After shooting to fame in the original Bones Brigade movies, Lance dropped groundbreaking parts in legendary Powell-Peralta videos Ban This and Propaganda, before constantly dropping footage in The Firm videos, King of the Road tours, and more over the following 15 years.

In 2009, Lance was introduced to an entirely new generation of skateboarders in Flip's Extremely Sorry, where he featured with a full part amongst up-and-coming youngsters like Curren Caples, Louie Lopez, and David Gonzalez. His popularity soared once again, and footage from Lance's famous backyard pool has been a common sight ever since. 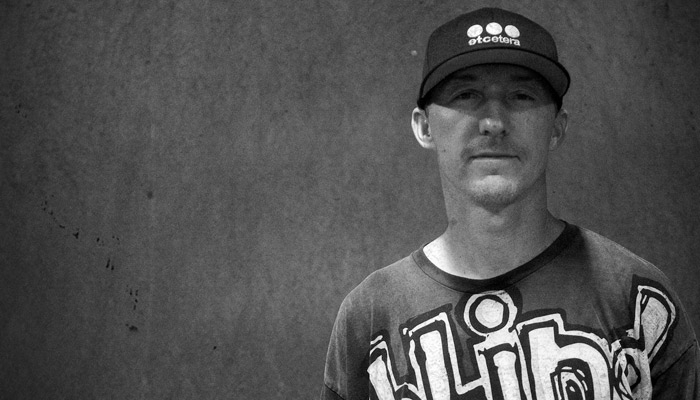 Ronnie Creager was one of the first skaters to push the "tech-gnar" style of skateboarding, blending both technical and gnarly tricks into his video parts from an early age. A member of the original Foundation team, Ronnie starred in their early videos like Cocktails and Barbarians at the Gate, before moving on to World Industries and eventually Blind Skateboards, where he remained for over 25 years before quitting the brand in 2015.

Ronnie has always been constantly dropping footage over the years, from his momentous parts in Menikmati and What If in the early 2000s, through to his hugely popular part in Blind's Damn... just a couple of years ago. Since then, he's been spotted in a number of web clips, been seen shredding The Berrics regularly, and constantly kept himself busy with coverage in print magazines and over the web. 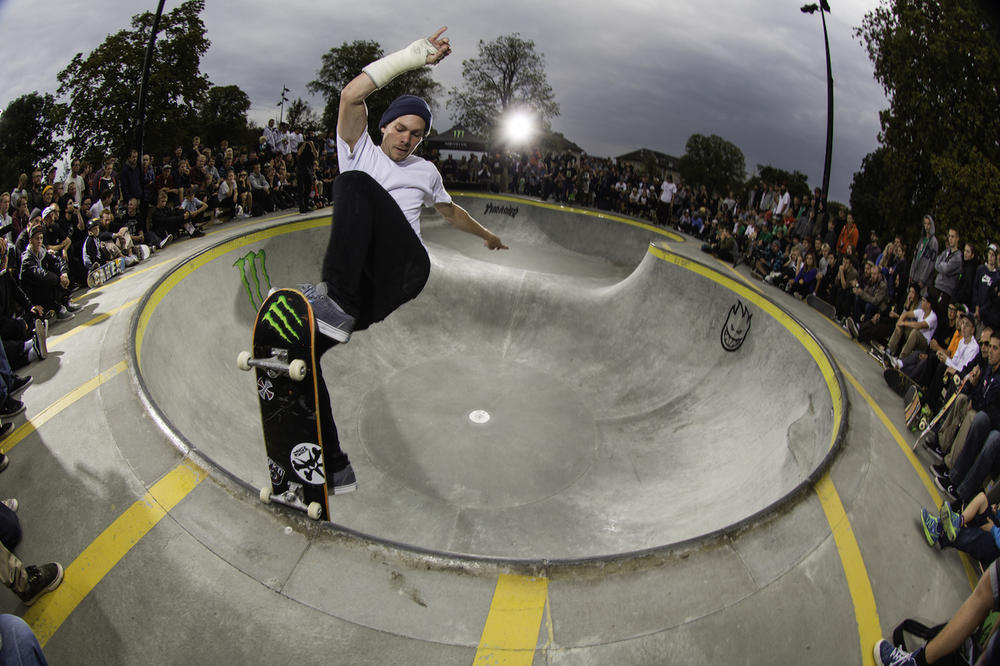 Rune Glifberg has etched a name for himself as one of the gnarliest pool skateboarders of all time, and he's stuck to his guns over a career that spans over 25 years and counting. Rune blew minds in the early Hook-Ups and Flip videos for his daredevil-ish approach to the crustiest and sketchiest backyard pools in the world, and not a whole lot has changed over the years. An early member of the Volcom skate team, Rune has gone on to appear in every one of their videos to date, and is set to feature again in their newest movie later this year.

The Danish maestro appeared recently in the first ever edition of In Transition, where he tore apart Denmark's notorious Faelledparken Skatepark with apparent ease. It's clear to see that even at age 41, Rune isn't slowing down one bit, and his performances in recent contests around the globe are actually better than ever before. Long live the Danish madman. 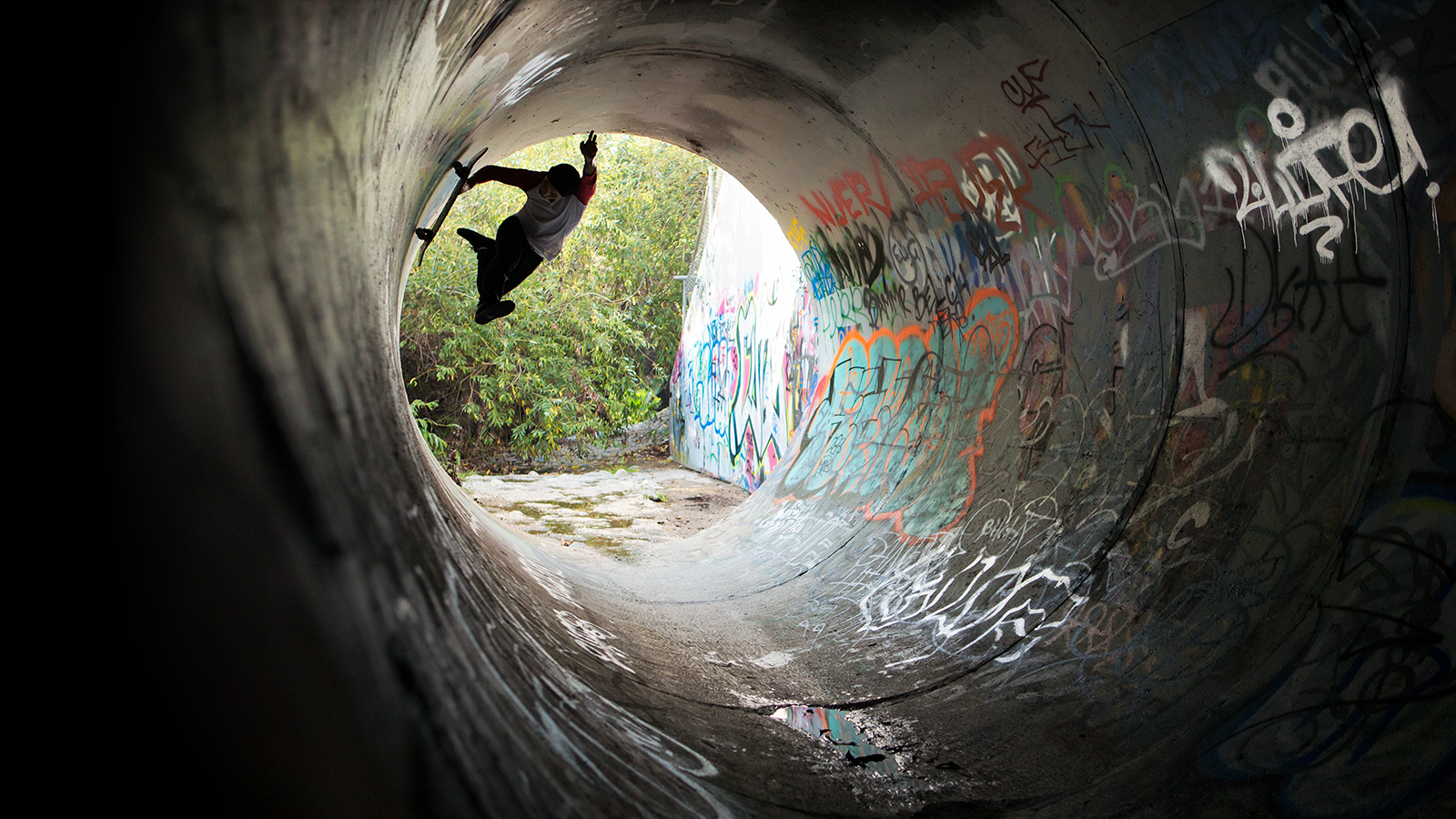 Is Daewon Song actually 41 years old? Apparently so, and we find that as hard to believe as you do. While officially his most recent major part was in Almost Skateboards' 5 Incher a few years back, Daewon releases mind-blowing tricks through his Instagram and Facebook pages on a weekly basis – sometimes even more frequently. It's definitely known that he's been working on a new part for release this year, and we're expecting something pretty incredible if his recent internet escapades are anything to go by.

Daewon first blew minds in the original World Industries movies, helping the brand to major successes within the skate industry, before moving on to create his own companies – firstly Deca in 1999, and then Almost in 2003 – where he featured prominently in the Rodney vs Daewon videos throughout the mid 2000s. His constant presence within the skateboarding world is nothing short of superhuman, and the fact he seemingly doesn't age leads us to believe than Daewon might still be making lists like these in 30 years' time. 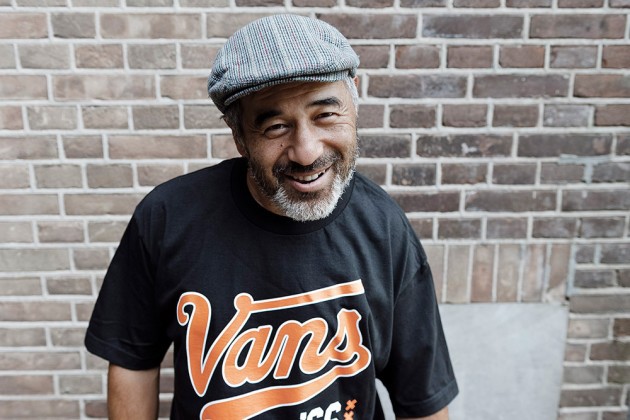 Another of the mid-80s pioneers who still rips today, Steve Caballero has crammed enough radness into his 30-year-career to last several lifetimes. A popular member of the original Bones Brigade, Cab was the first skateboarder to have his own pro-model shoe (which is still available today), owns the name of a popular group of tricks in modern skating, and is one of few skaters who genuinely pioneered both vert and street forms of the sport.

A constant member of Powell over the years, Cab heavily featured in all of their videos as the face of the brand throughout the 90s. After a short hiatus in the early 2000s, Steve returned to competitive skateboarding and claimed victories around the world in various events, all while managing to scrape together solid video parts along the way. He recently starred in the opening segment of Vans' Propeller movie, and was just welcomed to Bones Wheels with another jam-packed welcome part. He ain't slowing down just yet. 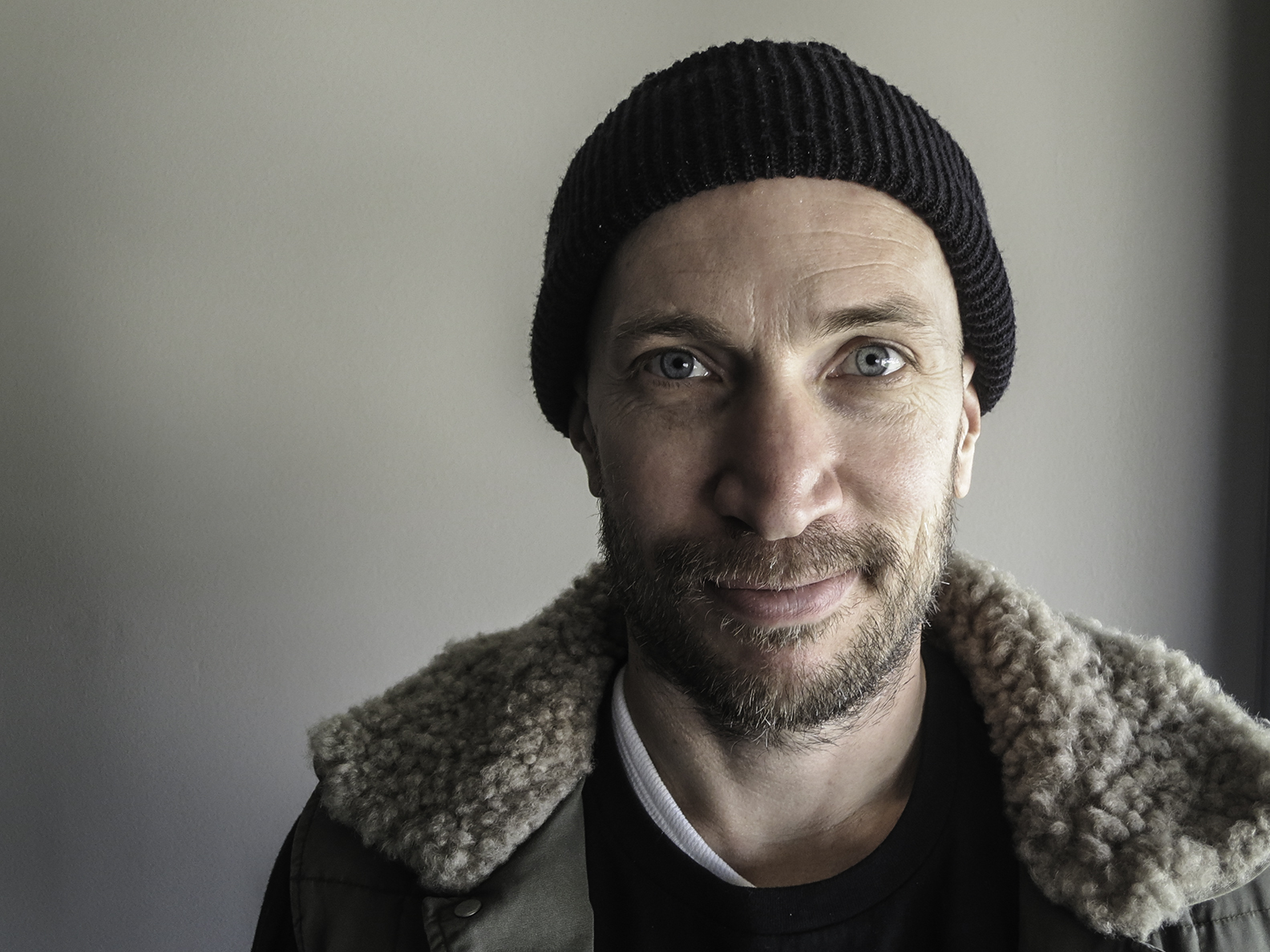 Another of the golden 41-year-old contingent, Jamie Thomas has plied his trade remarkably over the past 26 years and counting. An innovator both on and off the board, Jamie broke onto the scene in style with a memorable section in the original Spitfire video, before featuring constantly in the early 411VM series. His part in Toy Machine's Welcome to Hell (1996) is widely considered to be one of the greatest of all time, and he soon left to begin Zero Skateboards the following year.

Jamie was the face of Zero throughout the early 90s and 00s, compiling one of the best teams in skateboarding and producing some of the most iconic videos of the era. His most recent part came in the latest Zero video, Cold War (2013), while he also had a section in Fallen Footwear's Road Less Travelled that same year. Despite still owning and operating Zero, The Chief has been able to constantly release a steady flow of new footage in recent years, and there's definitely still more to come. 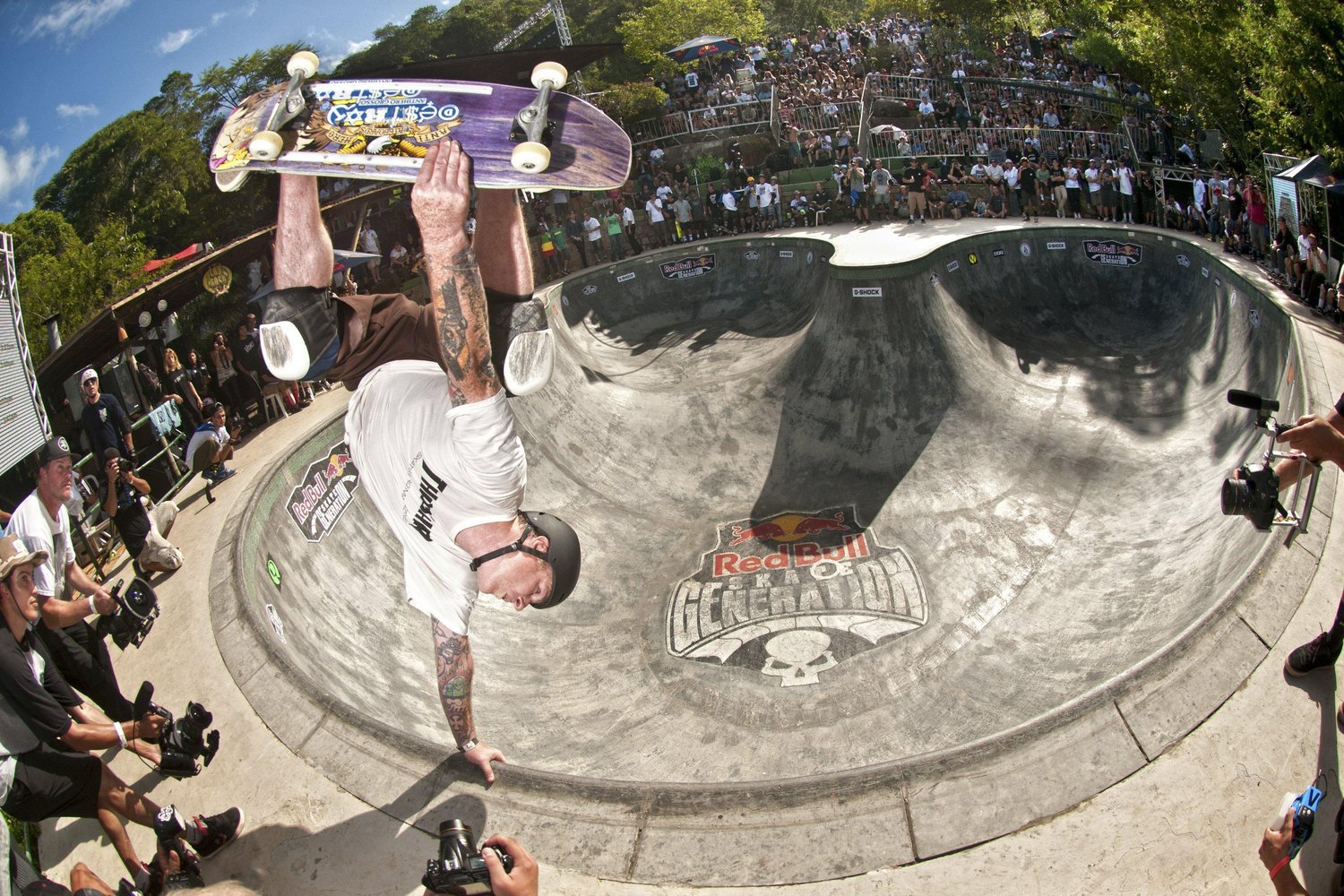 More than simply a skateboarder, Grosso personifies everything skateboarding is about. His carefree, laid-back attitude to life has been a staple in the skate world since he first appeared as a Santa Cruz rider in the late 1980s, where he made a name for himself as one of the most progressive vert riders of the era.

After an extended break throughout most of the 1990s, Grosso returned with a bang in Label Kills (2001), dropping a heavy vert section with his trademark style and trick selection. He linked up with Anti Hero in the mid-2000s, and stacked a bunch of footage for their recent tour videos, including Destination Unknown in 2014. He also featured in the Vans movie last year, and often writes for the likes of Thrasher Magazine. Grosso is going to be around for a good while yet. 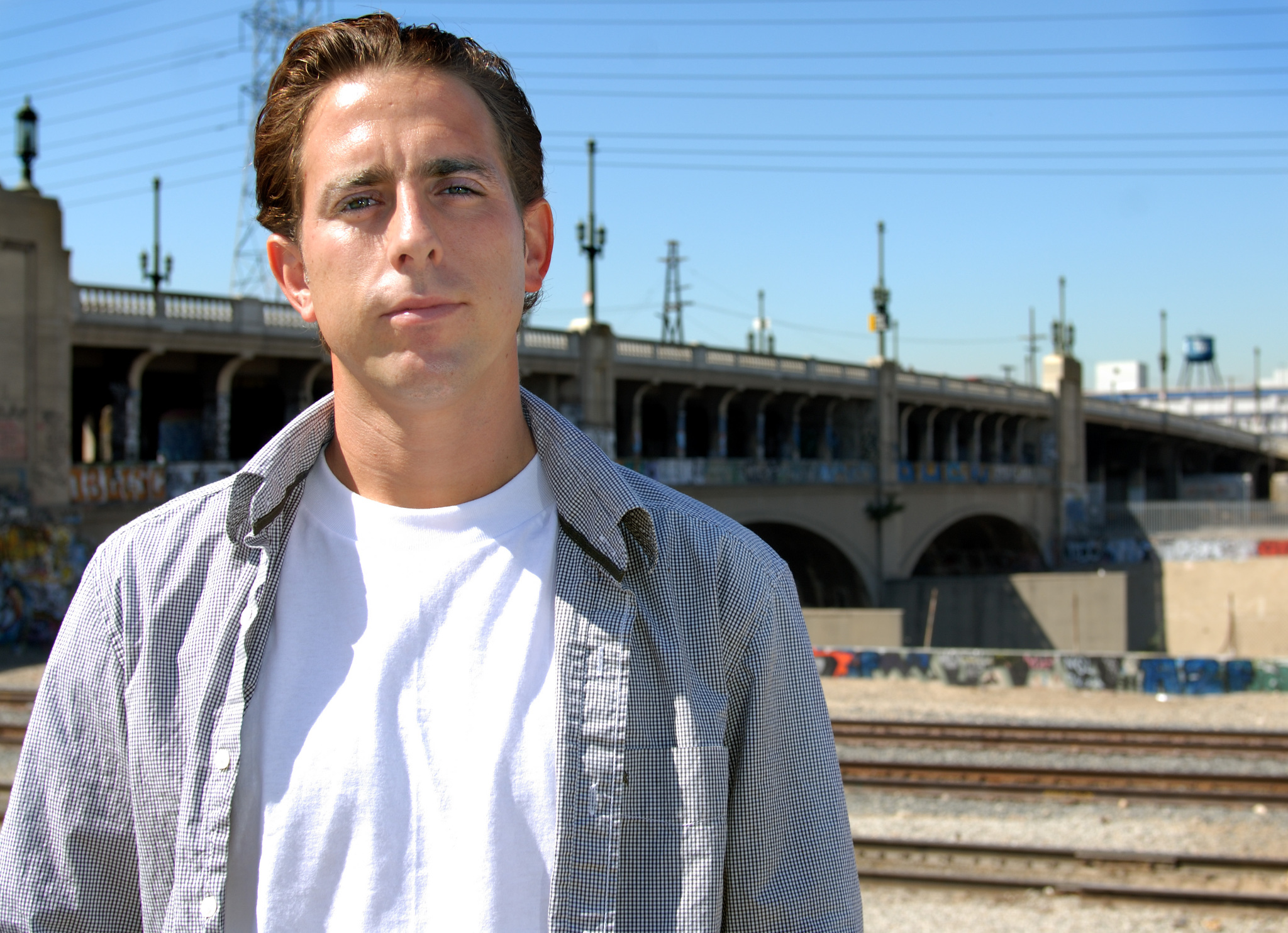 When Guy Mariano burst onto the scene as a 13-year-old street skater back in 1989, he was touted as one of the brightest talents in skateboarding history. He was still only 14 when he dropped his progressive and innovative part in Blind's iconic Video Days (1991), a section that showed maturity and skill far beyond his years. He was quickly snapped up by Girl and went on to star in their early movies, cementing himself as one of the best skaters in the world in his early 20s.

After a long break from skateboarding in the early 2000s, Guy returned with one of the greatest comeback parts of all time in Lakai's Fully Flared (2007), dropping a flurry of technical NBDs in classic Mariano style. He's been a major part of skateboarding ever since, claiming the last part in Pretty Sweet (2012), and continuously dropping never-before-done tricks on his highly productive Instagram page. There's no doubt about it – Guy Mariano is still progressing skateboarding at the age of 40, and he'll be killing it for years to come. 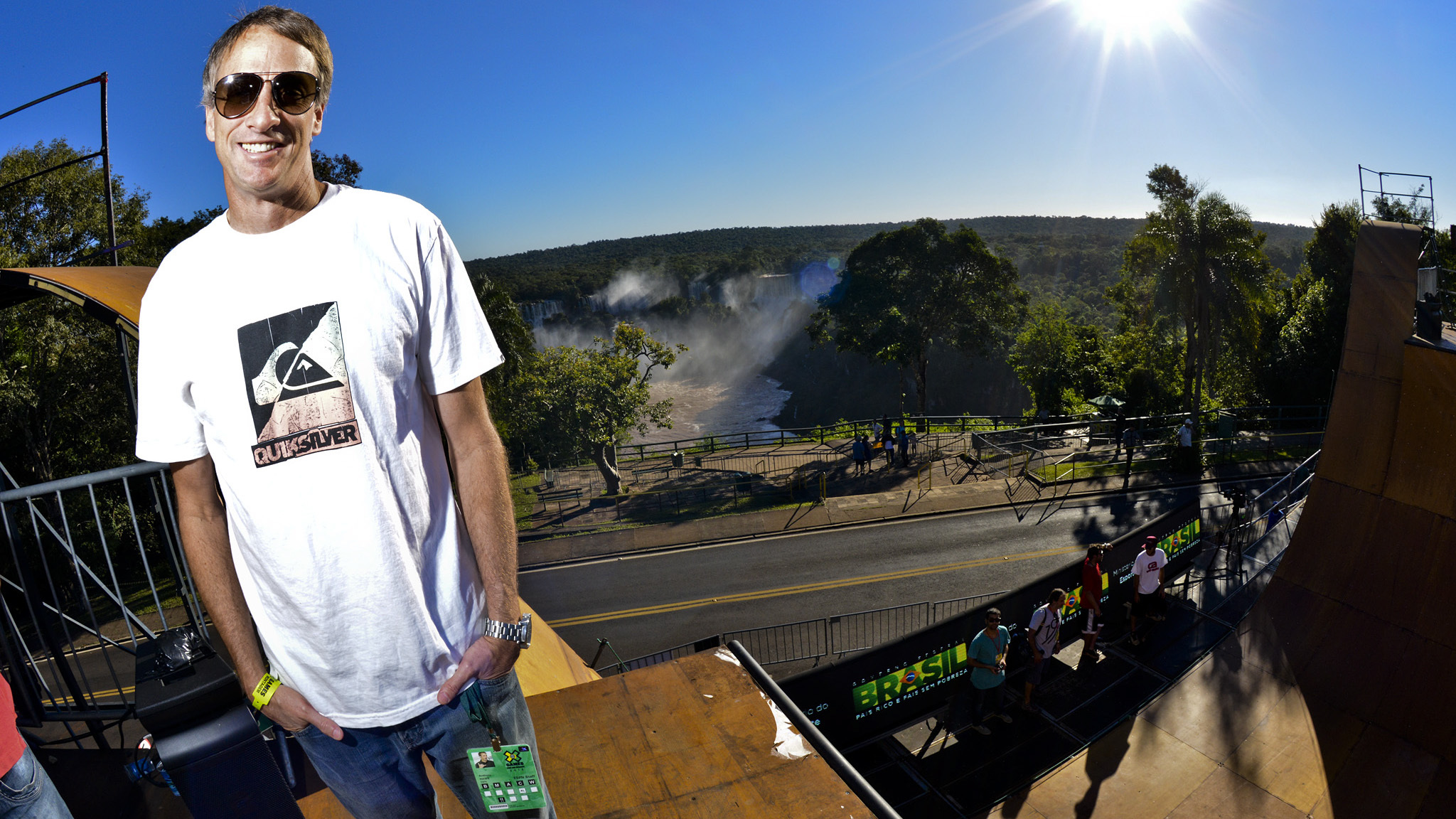 Probably the most obvious inclusion on the list, Tony Hawk is undoubtedly the most influential skateboarder in the history of the sport, and has proven himself consistently over the last 3 decades. After appearing in a number of smaller videos and dominating the contest circuit throughout his early teens, Tony made his first major video appearance in The Bones Brigade Video Show, blowing minds with his consistency, inventive tricks and complete domination of pools and vert ramps all over the world.

Since that first appearance, Tony has gone on to star in over 50 skate-related movies, a bunch of Hollywood films, TV shows, a popular series of video games, commercials and so much more. Throughout it all, Tony has continued to progress the sport through his skills on the board, still managing to release a groundbreaking part almost every single year. If we had to wager on who'll be around the longest from this list, and still be relevant in skateboarding, Tony would have to take the cake. Long live the Birdman!

The legend returns with a classic full part