Taj Burrow Retires: The End of an Era

We look back at Taj's achievements

That statement is difficult to believe. As one of the most influential surfers of the last decade, Taj has etched himself deep into surfing history, and is considered one of Australia's greatest sportsmen of the modern era. But unlike Joel Parkinson, Mark Occhilupo and Mick Fanning, three Australians who won world titles during Taj's career, the West Australian never walked away with the top gong. And with the announcement that he'll retire following this year's event in Fiji, he never will. But it doesn't bother him.

“Personally, if I never won a world title, I wouldn’t be tormented by that thought", he told Surfer Magazine in 2013.

"Of course that’s what I want, but if it didn’t happen, I’d still be happy with my career.”

It's a grounded statement that sums up Taj's surfing career – and his personality – to a T. Never one for the bright lights or fame of modern surfing, Taj forged himself as one of the most consistent riders in the history of the world tour. Since his professional debut in 1998, he's had no major injuries, no semi-retirements, and no major controversies. Last year was the first time he'd finished outside the top 10 since the tour was revamped in 2001. And yet, it's not the numbers or statistics that make Taj one of the most influential surfers of all time, but the way in which he earned them.

Taj was at the forefront of the aerial movement in the late 90s. Even before he joined the tour, a teenage Taj was paving the way for surfing's new art of flight, and innovating in ways that only a fresh-faced youngster could muster. While he certainly wasn't the first to pursue aerial tricks, he was one of a few up-and-comers who took that style of surfing to the next level, and is forever remembered as one of the late 90s crop that would go on to change the surfing landscape as we knew it.

His innovative style earned him a shock runner-up place in the 1999 title race, in just his second year on tour. At that moment, everyone knew this kid would capture the world. And while Taj might not have converted that early success into a bag of world titles like most of us thought – coming up alongside Kelly Slater, Andy Irons and Mick Fanning didn't help his chances – he certainly pushed surfing forward in a way that few have ever achieved. While he inspired those around him in the competitive surfing world, his achievements in the world of freesurfing owe as much to his legend status. 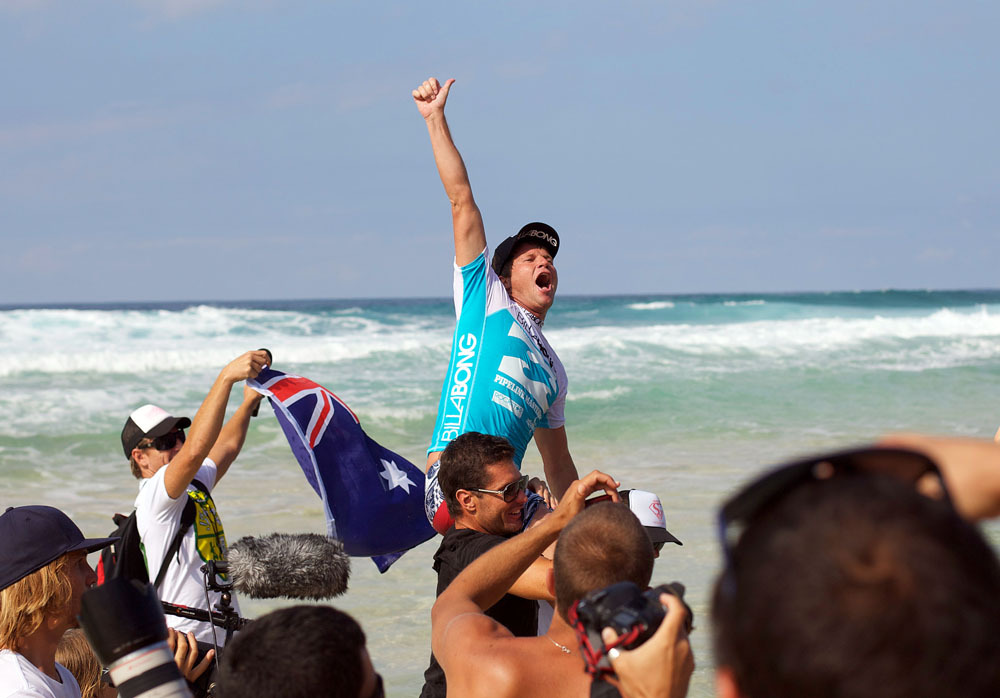 Celebrations after winning the Pipe Masters in 2009.

It was Taj's freesurf films that cemented him as one of the world's best, even without taking world rankings into consideration. His early films, Sabotaj and Montaj, took the surfing world by storm. Before Taj, freesurfing wasn't a particularly lucrative career choice – in order to pursue surfing professionally, you had to be on the world tour, and regularly competing in contests around the globe. In the early 2000s, Taj was the first surfer to incorporate helicopter footage into his freesurf videos – something he pushed for personally, and another facet to his influence on the state of modern day surfing. Even as recently as 2014, when he set out to make history with Mark Mathews, Taj has been at the forefront of innovation in surfing. We expect that might continue even after his competitive retirement.

“When I was first on tour, so much of my focus and effort was on shooting videos.", Taj recalls of his early time as a pro.

"I’m really happy with the way those videos turned out. I think they defined me as a surfer, early in my career". 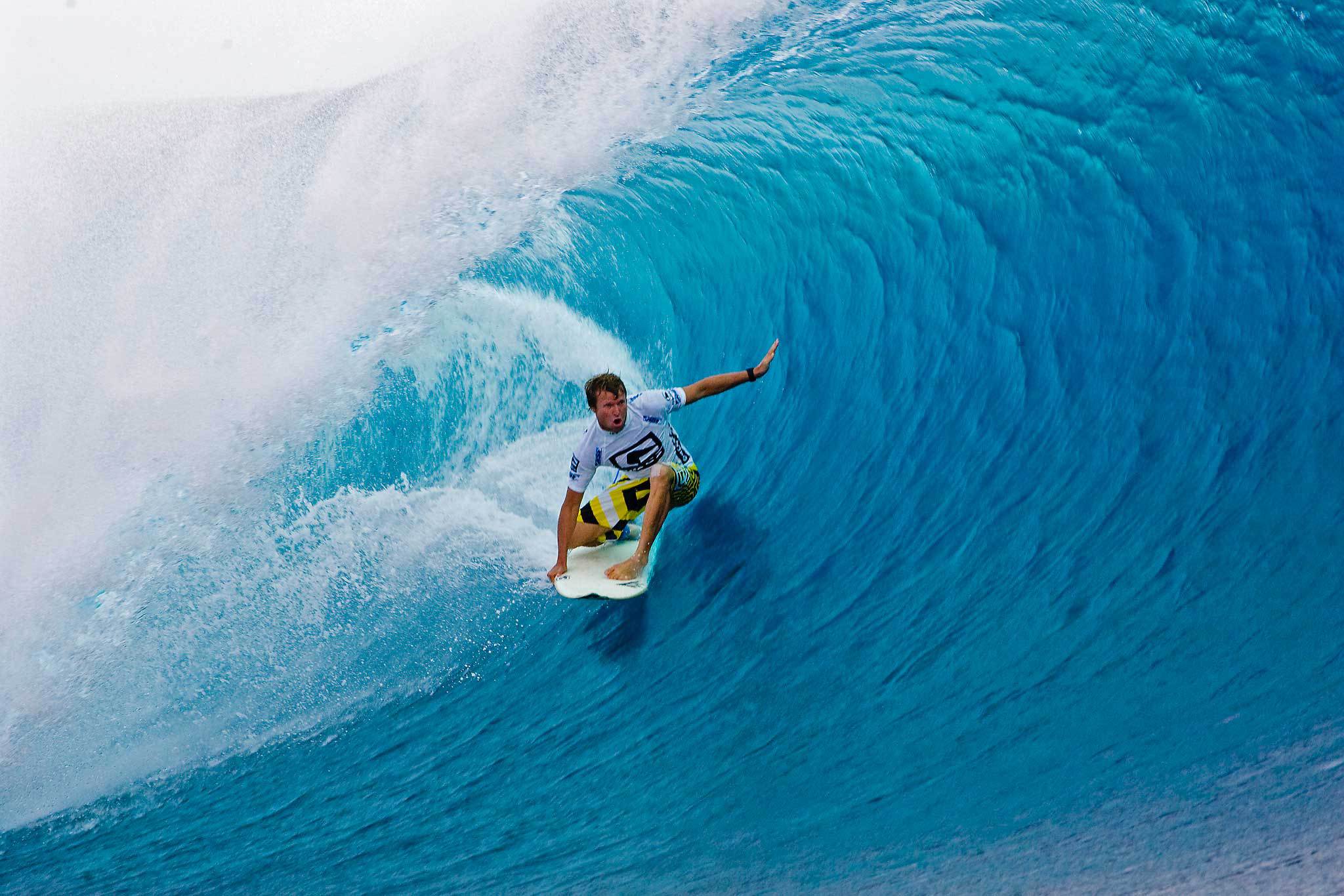 Taj at the Fiji Pro, his favourite event and the final one he'll compete in.

As it stands, no one particular moment defines Taj Burrow. From his incredible achievement in 1999, to his shock win over Kelly Slater at J-Bay in 2007, his second runner-up finish that same year, a Pipe Masters win in 2009, nine more CT victories and close to two decades of consistent prowess, it's fair to see why fans call Taj the 'greatest surfer to never win a world title'. He might not have won a world surfing title, but he certainly won the world of surfing. Thanks, Taj, for everything you've done. We can't wait for the next chapter.

Barging barrels with an Aussie legend

Taj proves he's still one of the best