After months of speculation and rumour surrounding the sponsorship situation with Shane O'Neill, it was official revealed today that Primitive Skateboarding is the Aussie's new home. This doesn't come as much of a surprise, although it was first hinted that Shane was starting his own company. Instead, he's taken out co-ownership of Primitive with P-Rod. His first official ad, taken from the upcoming Thrasher issue, is below. 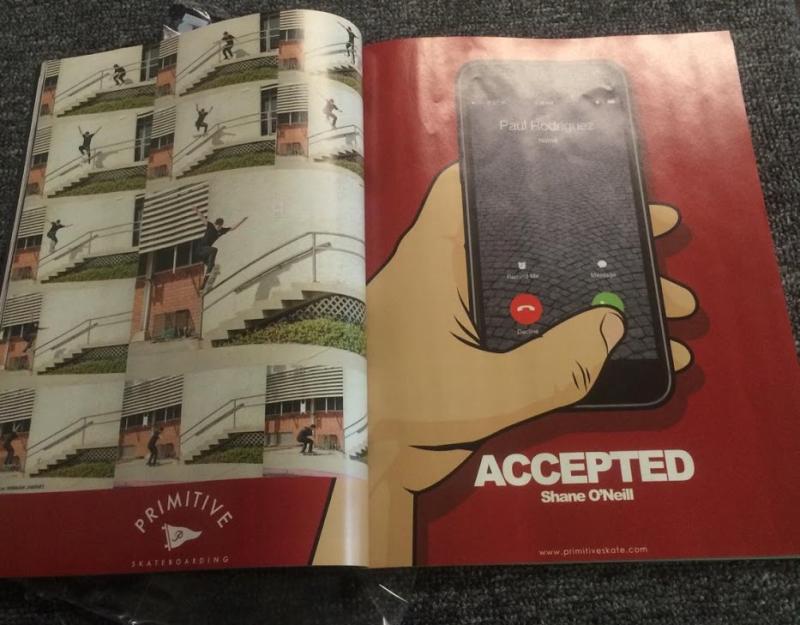 In case you can't tell, that's a bigspin switch front crooked grind down a handrail, which is pretty much unfathomable. What's more, this video features an unbelievable hammer down the Santa Monica triple set, even one-upping his best friend, teammate and business partner, P-Rod.

The one you've been waiting for