It's a good time for Nordic shredders

In the autumn of 1978, skateboarding was outlawed in Norway. The use of skateboards was strictly prohibited across the land; the import of skate goods was banned, and their sale made illegal in any Norwegian store. Even merely advertising the sport or its products was condemned as a criminal activity by the Norwegian government, which cited skateboarding's high-risk nature and menacing perpetrators as the reason for its banishment.

Things have changed since then. Just a bit.

Last week the capital city of Norway unveiled its latest gem, the 2300m² Oslo Skatehall, a top-of-the-crop indoor facility catered specifically to the booming Scandinavian skate scene. It's an awe-inspiring structure in every aspect, designed to blend with Oslo's distinctly modern architectural style from the outside, while remaining nothing short of aesthetically breathtaking on the inside. The hall boasts an almost impossibly elevated bowl above a carefully-designed street course, which is flanked on one end by a vert ramp and overlooked by a series of raised walkways and rooms, akin to something you might find in a modern office space. There's an outdoor wing for summertime sessions, while the heated interior offers skaters a much-needed space during the city's notoriously brutal winters. More simply put, it's heaven for skateboarders — and a far cry from the sport's dark days of total illegality. 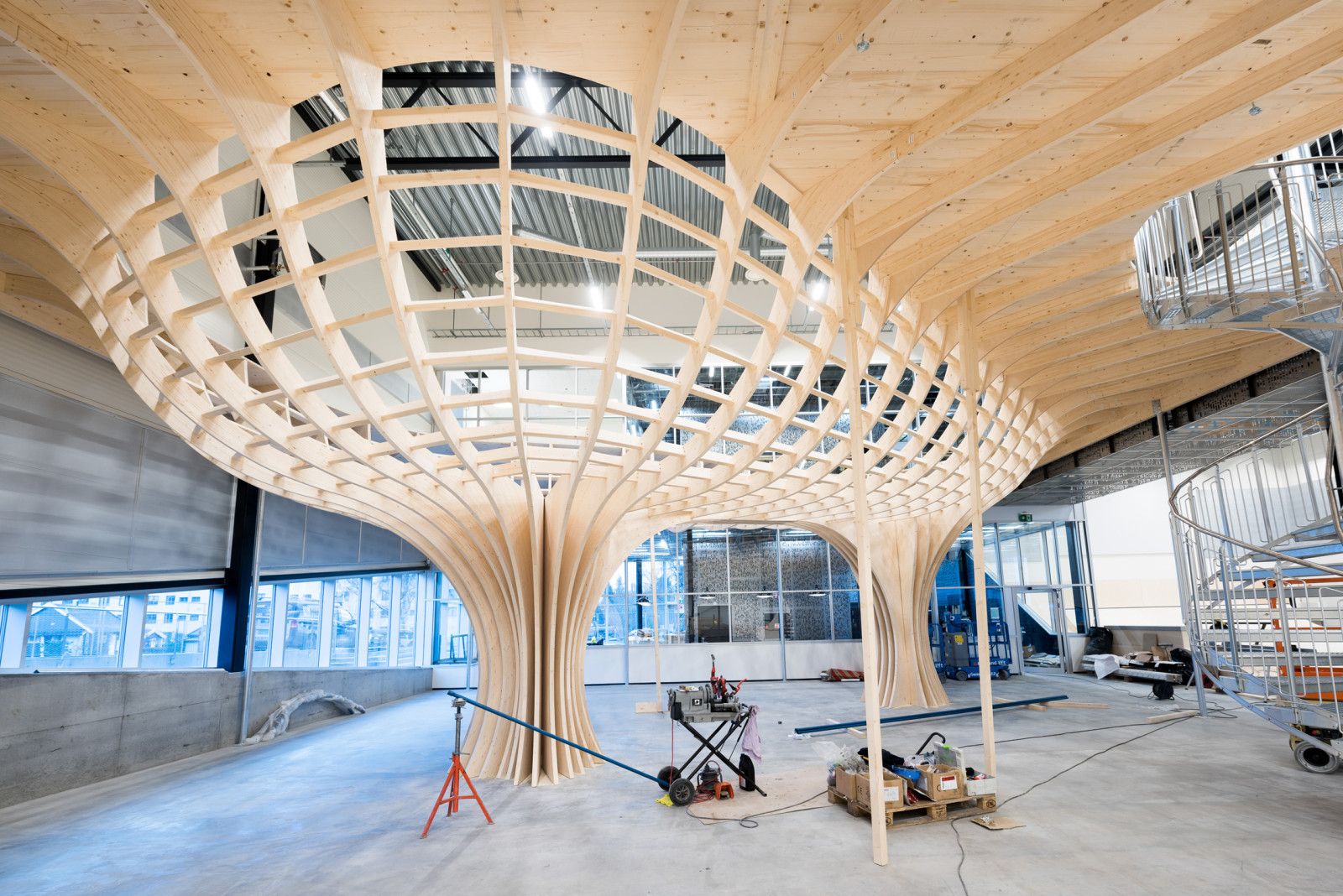 Construction of the bowl at Oslo Skatehall. Photo: Dark Projects

While the Oslo Skatehall is turning heads around the globe, it's hardly the first time skateboarding has benefited from Scandinavia's progressive political landscape in modern times. Back in 2006, a high school in the Swedish city of Malmo did the unthinkable when it began offering skateboarding as a fully-fledged, completely graded subject, equal in weight to math and science classes. Bryggeriet High has proved a massive success over the last decade, offering classes which center around the skateboarding industry, from media to retail, while boasting a top-grade skatepark in its gymnasium. It's a baffling prospect to most of us outside of the Nordic countries, but the heavy promotion of skateboarding in places like Malmo and Oslo has certainly had a resonating effect on the broader skateboarding landscape, particularly in that region of the world.

"Often times, skateboarders are very motivated, driven individuals. Bryggeriet aims to take some of that motivation and direct it toward the more traditional courses in the educational system", remarked skate videographer Chris Mulhern on a recent visit to the Swedish skate school.

"The goal is to show students that they can actually use skateboarding to get the skills they need for life". 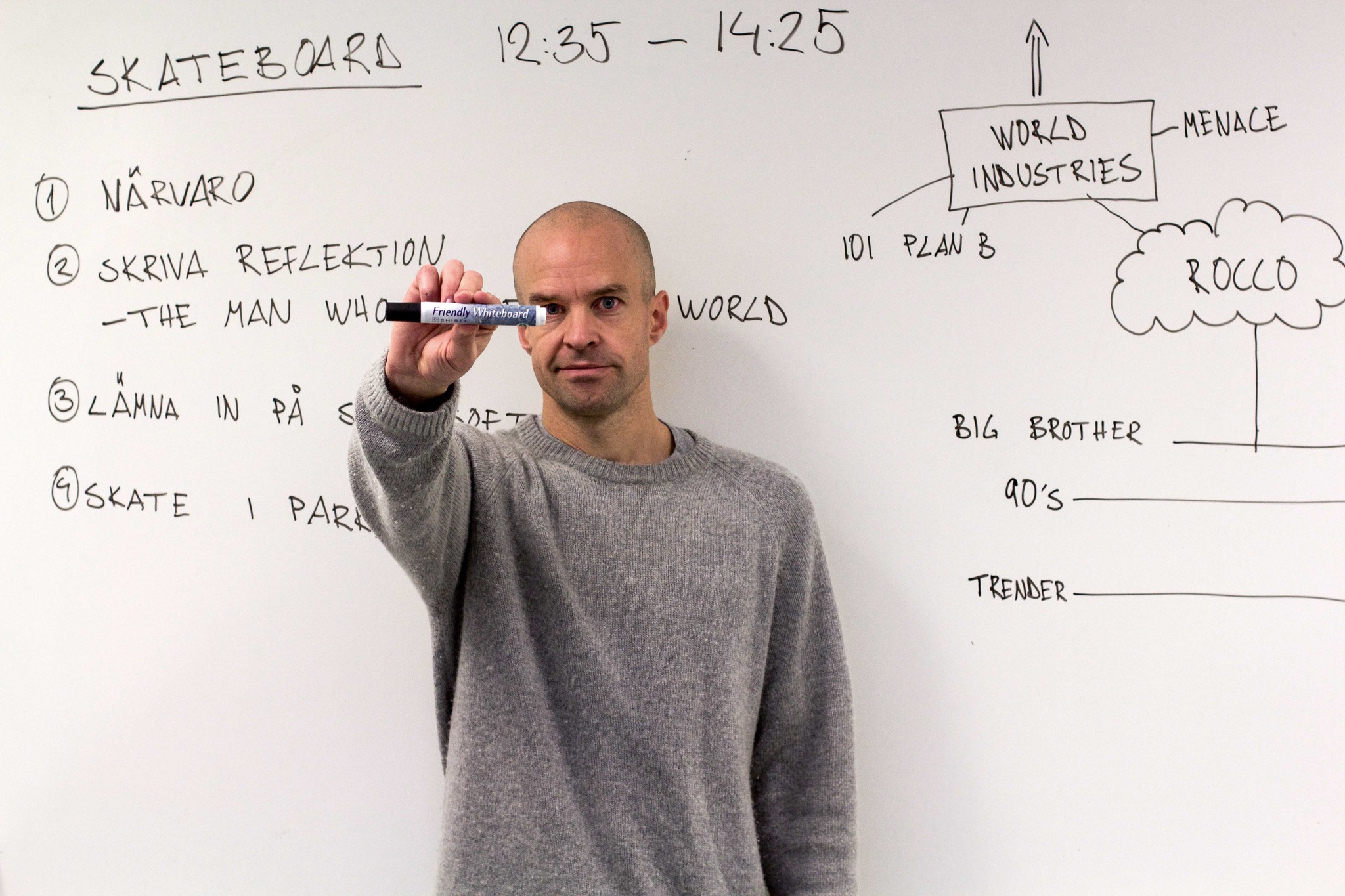 This highly positive approach to the benefits of skateboarding has had a noticeable effect on the quality of skaters emerging from countries like Norway and Sweden. Karl Forli, better known by his Instagram handle @kf3hunna, has emerged as one of the most popular up-and-comers in the modern social media-driven skate scene. Karl is a student at Bryggeriet, alongside graduates like Didrik Galasso, who recently scored himself a Thrasher part, while shredders like Norway's Magnus Boardewick continue to carve a name for themselves on the big stage. Pontus Alv's Polar Skate Co, also based in Malmo, has had unprecedented success around the world, and boasts a team of Nordic rippers including Hjalte Halberg, David Stenstrom, and Oskar Rozenberg. With skateboarding now officially involved in the Olympics from 2020, we can only expect more prodigious talent to emerge from these Scandinavian skate meccas — an unimaginable thought merely a decade ago.

As Malmo's skate scene has continued to thrive over the last decade, they've begun to take notice across the Oresund Strait. Copenhagen, the capital city of Denmark, has recently emerged as the crown jewel in the Scandinavian scene, cementing itself as a must-visit destination on every Nordic itinerary, thanks to a number of forward-thinking projects implemented by the local scene and signed off by the city's government. This includes the conscious implementation of skateable architecture in new public spaces, where street skateboarding has become a facet of life within the city.

"Copenhagen has become somewhat of an international poster child for forward-thinking public space", said Quartersnacks following a visit to the city in 2015.

"Every new park is multi-use. Basketball courts thus become surrounded by banks, and playgrounds bordered with ledges. Nothing is built merely to be sat on and left alone after lunch-hour. For a Danish architect, there’s nothing sadder than an underutilized space". 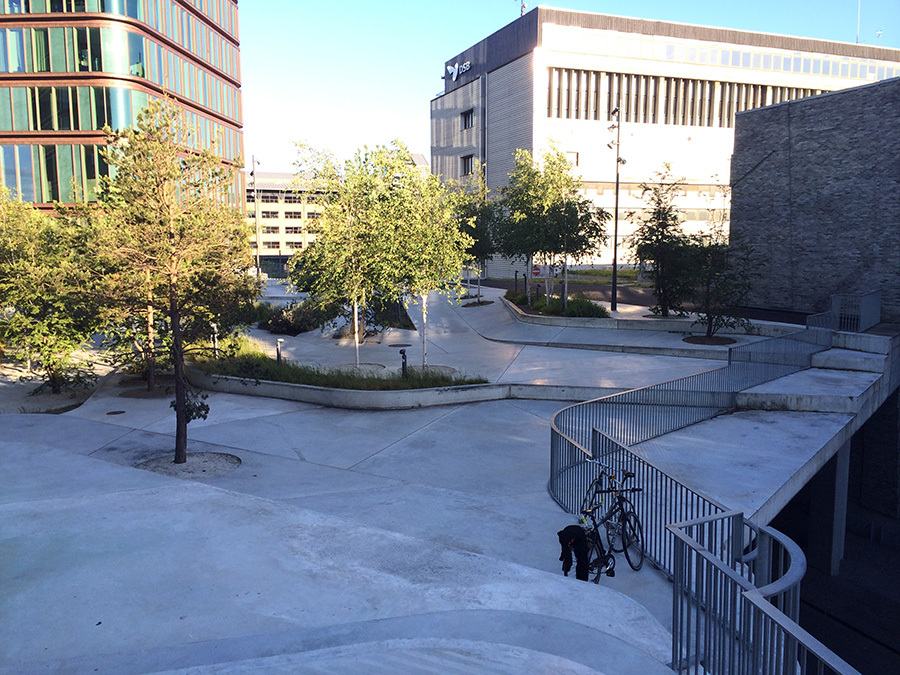 Denmark's approach to public space polarizes that of many other western countries, specifically the US, where the prospect of 'action sports' being legalised in a public setting strikes fear over the number of potential lawsuits. However, in a development that shocks no skateboarder, Copenhagen's skate-friendly spaces have been nothing other than a powering success. In recent years, local skaters have established the CPH Open, an unconventional skate contest that takes place over 5 days in central Copenhagen, hosting skaters from around the world as they cruise from spot to spot throughout the city streets. The event is more about celebrating skateboarding and the city than any actual contest, as large crowds of skate enthusiasts gather around the city plazas and public spaces to form a sea of skating, music, booze, laughter and positivity. It's the kind of event that simply wouldn't be held across the pond. But, as local skater William Frederiksen explained to Free Skate Mag, the city couldn't be happier with its success.

"[The politicians] want it. It’s a whole new generation of politicians and it will come to other big European cities. You just need to wait for the politicians to get old and retire so a new breed can come in and you can educate them", said the Copenhagen native.

"Bring them down to an event and don’t be scared that they’re going to be put off by people drinking and smoking weed – they’re not blind, they know it exists. If they see kids and they see people happy, that’s what they want". 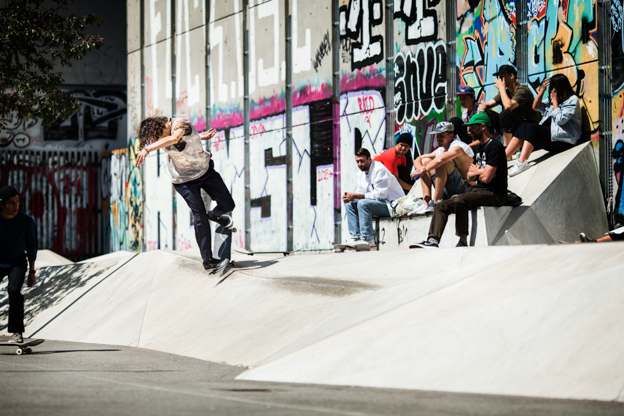 As skateboarding enters the Olympic frame, the Danish scene sets itself up for further expansion. In Demark, as well as some other Nordic nations, all lottery and gambling profits are re-invested into the 50-odd sports which make up the summer and winter Olympic Games. As of 2016, skateboarding will receive a vast injection of money from the Danish government, which is likely to fund further skateable spaces in cities like Copenhagen, along with travel purses for local talent, and the construction of skate-specific parks and facilities across the nation. It's an exciting time for those nations progressive enough to see skateboarding for what it really is; a positive pathway for young people; an activity which promotes health, fitness, camaraderie and socialisation; a mentally strengthening exercise; and a modern bridge between generations within cities and urban environments worldwide.

For most using the Oslo Skatehall this week, skateboarding's former ban is a distant relic of the nation's somewhat misguided past. For those older generations, though, it serves as a reminder that things can always change for the better. The positive outlook on skateboarding promoted by officials in Scandinavia is unrivaled anywhere in the world, and their willingness to shift with the times and move on from past mistakes speaks volumes for the progressive nature of those countries. Much as those skaters in the 80s hoped for Norway's anti-skateboarding mindset to be dissolved, skateboarders in North America and beyond hope for their nation's archaic views on the activity to move forward with the times of today. They need look no further than Norway, Sweden, and Denmark — modern skateboarding paradises.

Spitfire captures one of the best