Snowboarders in Australia are often faced with the familiar problems of a short season, an unreliable snowpack and considerable costs. Powderpak Parks has come up with a solution in the form of indoor snowboarding facilities.

Powderpak Parks just opened their newest facility in Carrum Downs, Victoria. Last week I had the opportunity to attend the industry opening of the new park. When I first walked in I was very impressed by the size and number of features on offer.

The park can be broken up into three main areas:

The smaller jibs – rainbow box, ride on flat box, low rail, corrugated down pipe and quarterpipe with a corrugated pipe jib on top.

The large jibs – longer and larger down rail and down box.

The jump – steep drop-in with plenty of landing space.

The smaller and main rail section is perfect for starting on. It is easy enough for beginners to learn on, but there is plenty of room for more advanced riders to progress and throw down some mean tricks. Having the quarterpipe at the bottom adds an extra dynamic. You get the opportunity do a second trick after the rail or box. The quarter is a great height and has a nicely shaped transition. The guys were doing stall combos on the coping and the corrugated pipe extension. Slides, inverts, airs and transfers are other tricks that can be done here.

Once you are feeling comfortable and up for more of a challenge, there is the larger rail and box on the opposite side of the warehouse. They are just bigger versions of two features in the small section, so perfect for progression.

Aside from the improved jib space, it is the jump that makes the new park really standout. There isn’t much distance from lip to knuckle, but there is plenty of landing space. You can just drop in the ramp and get a little bit of air or you can really jump into the ramp with aggression and get considerable airtime. At the industry opening riders were throwing 180s, 360s and even 540s. The black piping protecting the pillar was even used to bonk and spin off. One rider even transferred from the jump down to the corrugated pipe in the rail section!

I had a quick ride after watching everyone else shred. It was the first time I had ridden the Powderpak surface. Although it does take a few runs to get used to, it is very easy to ride. You really don’t have the time or need to turn. It’s more of a point, shoot, ride away and hike back up style of riding.

The park has the support of some big brands including Burton Rentals, Sandbox, Yuki Threads and Monster Energy. Even Red Bull jumped on board to support the Industry opening night. Having the support of these brands is a testament to what Powderpak has to offer the Australian snowboarding community.

While chatting with Nick Fergus, the park’s director and founder, he said something to me that really shone through that night. "The park is not for doing the biggest tricks out there. You can head to the resorts for that. The park is for getting together with your mates and having heaps of fun." — Nick Fergus.

This is exactly what I experienced. Just watching everyone shred and the general vibe of the evening proved that Powderpak Parks is all about having a bloody good time!

Powderpak Parks (PPP) Carrum Downs facility is now officially open to the public. Being just off Eastlink, it is very easy to get to from most areas of Melbourne. The park is now open every week Wednesday – Friday 6-9pm, Saturday and Sunday 12-3pm and 3-6pm (3 hour sessions). The sessions cost $25 for members, $35 for non members and membership is $50. It's best to book your session in advance to ensure you get a spot. Check the website powderpakoz.com for further information. I highly recommend heading down with a crew of friends and you will have a great time!

Check out these photos and get stoked to ride: 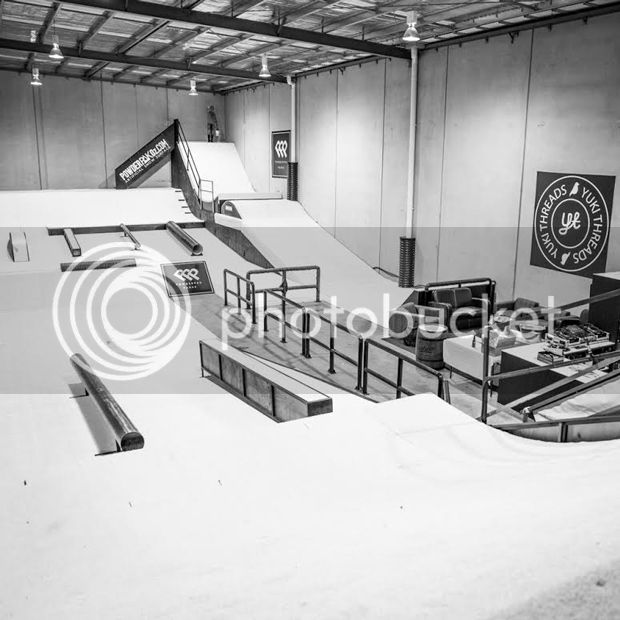