A full part filmed in under 14 days

Boardworld: We’ll kick things off with the formalities – where are you from, how old are you, and who do you ride for?

You just filmed an entire part within 14 days, from start to finish. How did you pull that off? Was it something you planned, or did it kind of just happen?

It was pretty spontaneous. Myself and Tom Hackett filmed another two week project maybe a year and a half ago, and recently we thought we may as well try to film another one, this time in a different suburb. So we started filming right away and it somehow managed to work out, probably due to Tom’s motivation to film me. 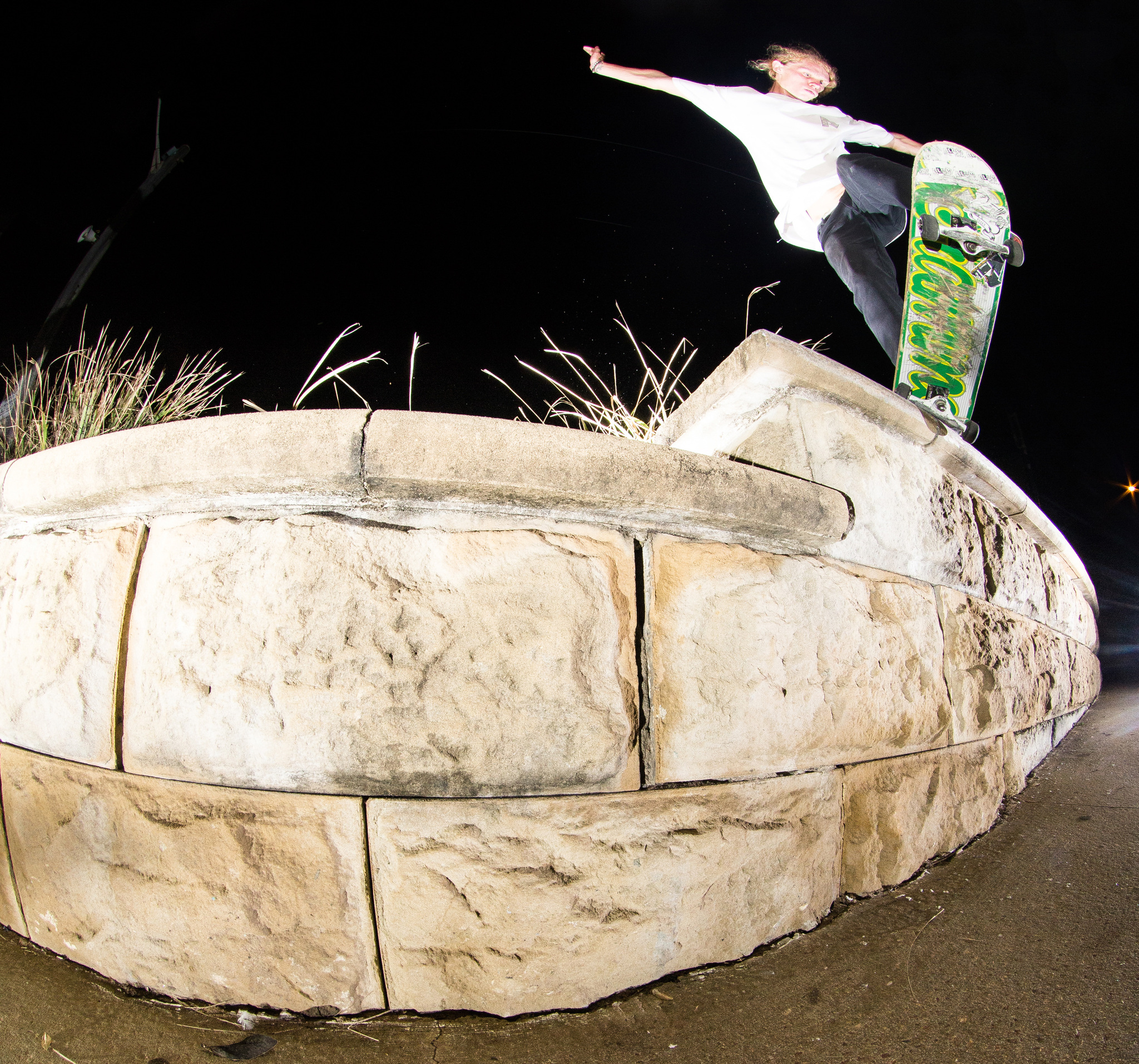 1am hammers on the final night of filming...backside 180, switch crooks

So that whole part was filmed in the one suburb, right? The Central Coast isn't exactly known for having a selection of prime skate spots, was it difficult to come up with tricks?

Yeah, everything in the part was filmed within about a 2km radius, in the suburb of Terrigal. I actually think Terrigal has so many spots, it’s crazy! I think the Central Coast actually has petty good spots in general, but not many people agree with me (laughs). It was pretty tough to think of tricks, especially when you’re on such a tight deadline, but luckily I had some people telling me I should ‘do this’ and ‘skate that’ and whatnot. It all worked out in the end, thankfully.

You seem to skate a lot of spots that look decent in videos, but are actually horrendous and really difficult to skate in real life. Do you enjoy skating spots that are a bit more unusual? You’ll often hit things with no run-up, or a wack landing.

(Laughs). Yeah, it kinda seems like that. I'm not too sure… I think growing up skateboarding on the Central Coast you don't have the greatest spots at your disposal so you make do with what's around and just try to figure it out. But yeah, for sure, I love skating difficult spots. Sometimes it ends up being easier to skate than something perfect. 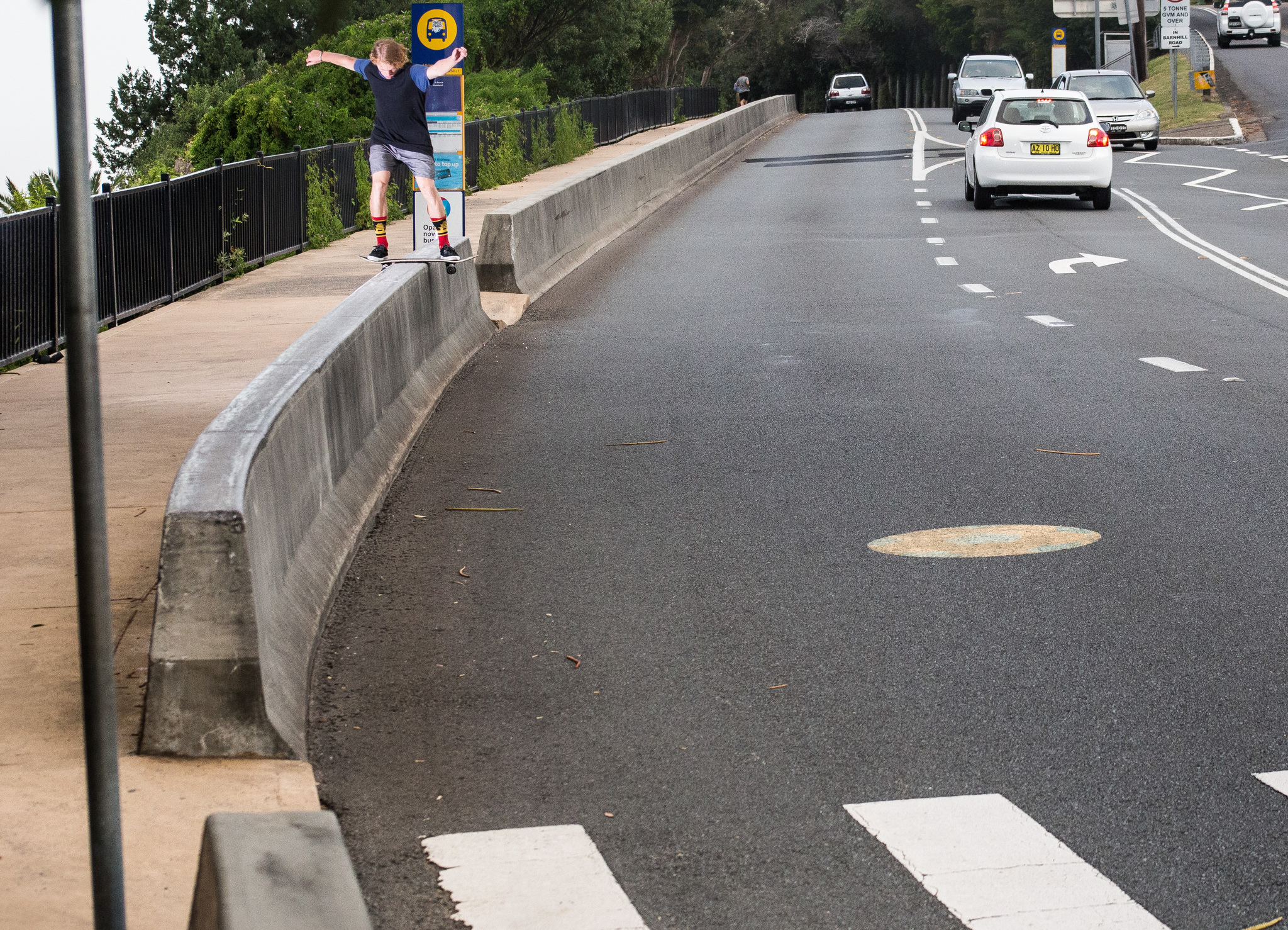 Dodging cars and cops on a lengthy boardslide

Why do you think difficult spots can sometimes be easier to skate?

I think of it like… Just say there's a perfect rail but the run-up or landing is super terrible, you could just do something basic like a crooks or smith instead of flipping into it and you’re still hyped. If the spot has something wrong with it then there’s less pressure to do crazy tricks (laughs).

Speaking of crazy tricks… You ended this part with a pretty wild sex-change trick down a handrail. We don’t see those tricks very often on street rails, but you seem to own them. Do you find them easy?

I wouldn't say easy, but at the same time I don’t find them all that difficult. It’s just scary more than anything else. I actually wanted to do that trick there for a while, then when we decided to do this clip I thought ‘well, I have to do it now’ (laughs).

Do you plan your tricks for a long time? Some skaters plan tricks way in advance, while others are super spontaneous. Where do you fit?

I definitely think about doing certain tricks for a long time before I go and actually try them, but it's always different. Sometimes I’ll think about a trick for months, other times I’ll go out and get tricks out of nowhere that I’m just as psyched on. 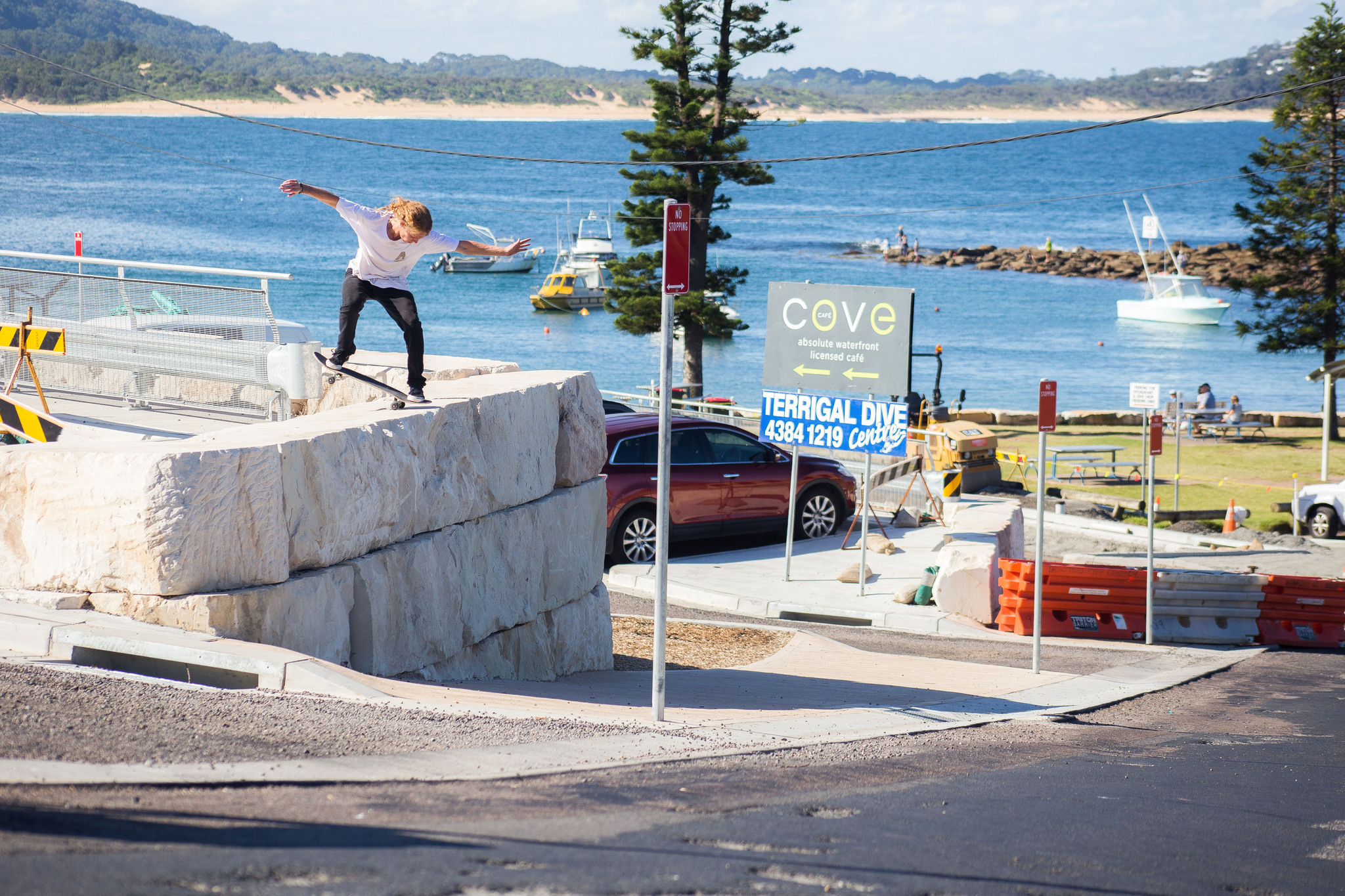 Do you prefer working on quick parts like this one, or bigger projects that might take months to film?

I like them both pretty equally, to be honest. Maybe bigger projects like full-length videos and stuff I like a little more, because it's a bunch of your friends going out on missions, feeding off each other's energy, and just having a bunch of fun! Whereas quick parts like this it was just Tom (filmer), Riely (photographer) and myself who would go out, so it was a little harder I felt, especially having to stack clips so quickly before a deadline. When you’re with a big crew though nobody seems to know where they want to skate, but with a smaller crew people throw out spot ideas left, right and centre. It’s good either way.

Some footage for this part was filmed with a drone camera. What’s it like being filmed with one of those things? I can imagine it must be pretty surreal.

Oh man, it's so gnarly! Not so much gnarly for me, but for Tom (the filmer), he has to be careful of so many hazards and stuff. I wouldn't want to be in charge of that! It was pretty funny seeing some of the confused faces watching that thing fly over them, some people probably thought it was a UFO (laughs). 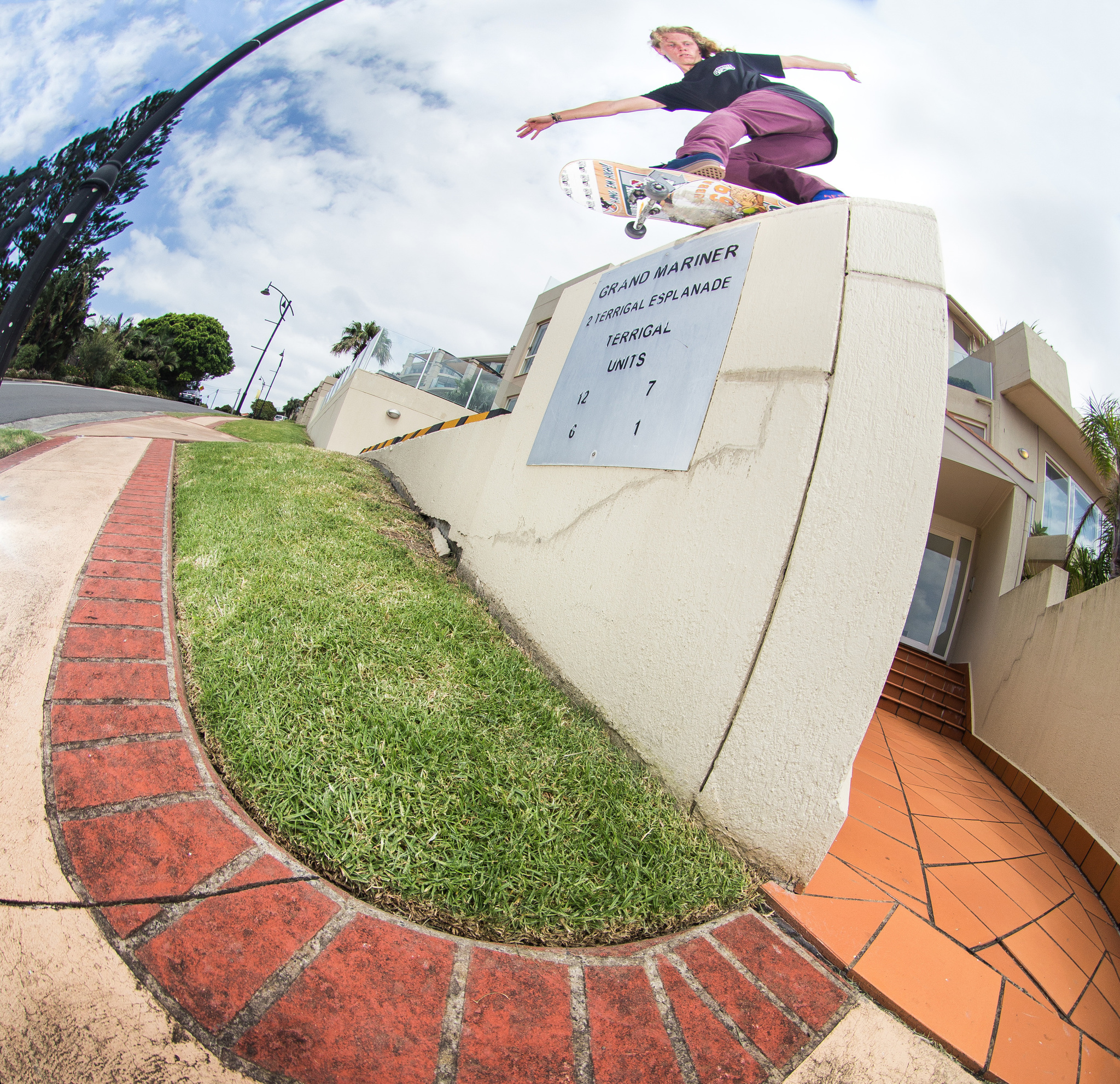 An early morning back lip to get the juices flowing

You genuinely love skateboarding more than anyone else I've ever met. How do you stay constantly motivated and energetic? You're always the first one keen to hit a spot no matter what hour of the day it is.

(Laughs) Well, I pretty much just live and breathe skateboarding, so if someone is down to go on a mission I'm always more than hyped to go out. There's something about going out with a generator and lights that makes it way more fun, so I’m always down for late night and early morning sessions. But I guess having a really good crew who are always keen to be productive helps to keep the spark alive. There’s nothing better than skateboarding.

I think that’s the perfect note to leave it on. Cheers for the chat legend!

Technical wizardry in the NSW parks, presented by Boardworld

A fortnight of carnage in the streets

One of Australia's best young rippers