Elijah Berle's decision to leave Chocolate in favour of FA/Hockey is perhaps the worst kept secret in skateboarding, but Jerry Hsu's departure is certainly a little more shocking. Chocolate announced today – via their Instagram Story, of all places – that Elijah and Jerry have both officially quit the brand. While Berle has been spotted skating FA boards for months now, there was little indication that Jerry was also leaving, and it's unclear what his next move will be.

Is the Marc Johnson-affiliated Otherness brand an option for Jerry? Will he follow Elijah to one of Dill & AVE's companies? Or is he doing his own thing? Time will tell, but we'll certainly keep you posted on the matter.

You can see Chocolate's goodbye messages below, as taken from their Instagram Story. 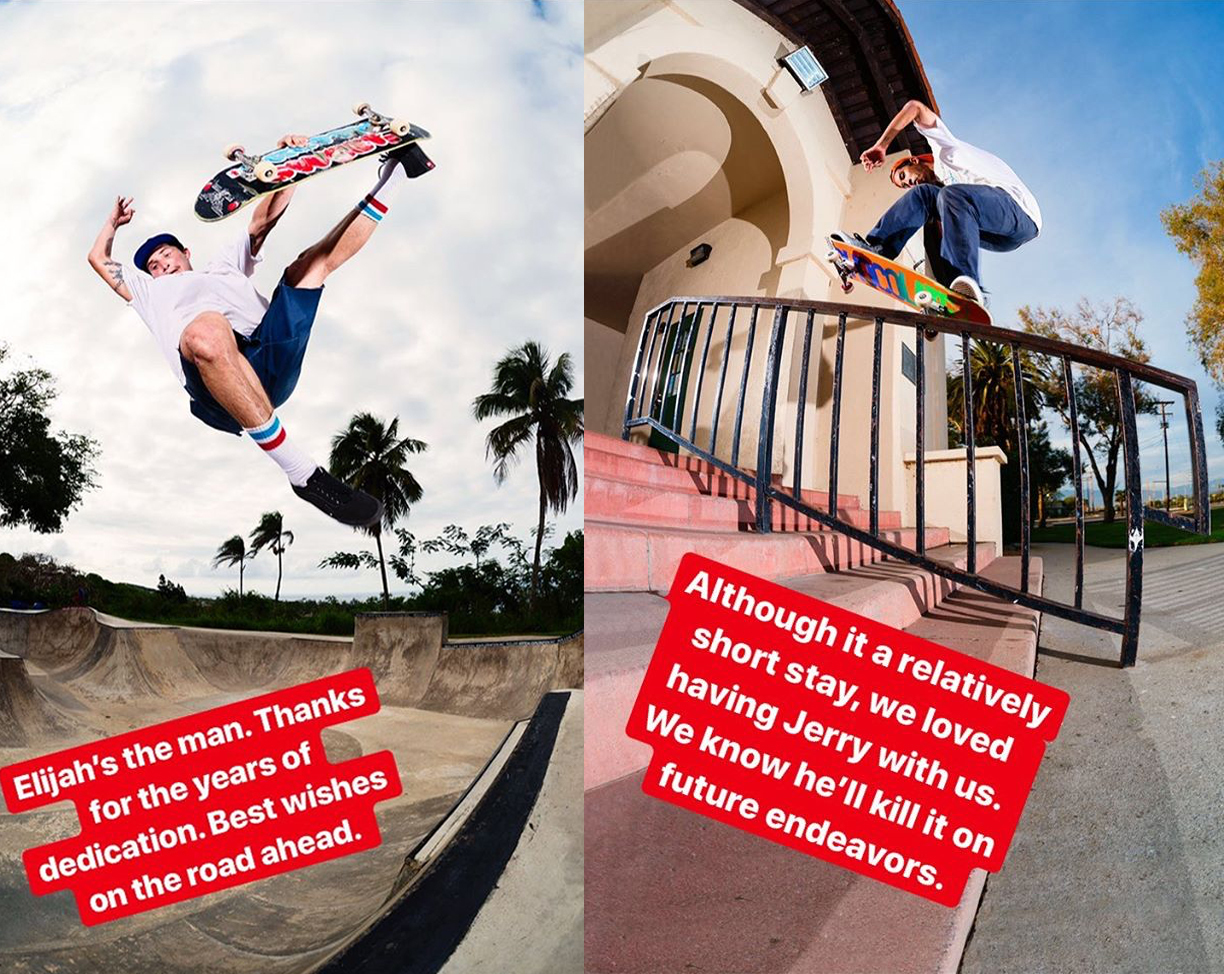 12 minutes with one of the greatest

A look back at Jerry's illustrious career