And unveils the Hero 5 camera series

Whispers of a rumoured GoPro drone have been gaining volume for well over a year now, and with electronics manufacturers currently engulfed in a battle for remote-controlled camera supremacy, it was inevitable that the Californian-based company would soon join the melee. And that's exactly what they've done, as GoPro announced the Karma drone this week to the applause of video enthusiasts worldwide. The smartly designed product launches in Australia on October 23, around three weeks after the new Hero 5 camera range is released on October 3. But could GoPro's late entry into the drone world harm their shot at market dominance? Let's take a closer look.

It's taken GoPro longer than expected to finally deploy their own product into the drone market, but by biding their time and eyeing the competition closely, the camera giants will hope to avoid the hiccups that other manufacturers were faced with in the fledgeling days of drone photography. Unlike most other drones, Karma ships with its own remote control station, eliminating the need for a separate tablet or smartphone as a control device. The drone also comes equipped with GoPro's acclaimed stabilisation technology, in which any GoPro model can be attached, broadening the opportunities for aerial video and photography – if you own a GoPro, it's compatible with this drone.

Karma is also small and foldable, designed to easily fit inside a relatively small backpack, which makes it arguably more user-friendly and transportable than some drones on the current market. Adding to that, Karma doesn't have to be re-assembled every time you take it out of the bag, with all four legs simply folding back when stored and clicking into place when ready to use. Most drones are awkward to carry – the DJI Phantom included – and GoPro aims to eliminate those worries with Karma. A backpack is even included.

The obvious difference between GoPro's Karma and most drones is the fact that Karma doesn't have a built-in or included camera – you just use your GoPro. It remains to be seen how successful this design model will be, but with competitive pricing on GoPro's side, we'd be surprised if there are any hiccups. It also means the drone camera can be used independently, and the Karma drone's gimbal can even be detached and used with an included grip for off-drone use, which definitely seems pretty neat.

Specs wise, the Karma drone hits maximum speeds of 54km/h, has a maximum range of 1km, and sees around 20 minutes of flight time per charge – a little less than some of the competition, with battery life sacrificed for extra oomph elsewhere (which is nothing new for GoPro). Overall, it's an extremely exciting product that looks certain to give the current crop of drones a run for their money. We can't wait to see more results from this beast of a setup. 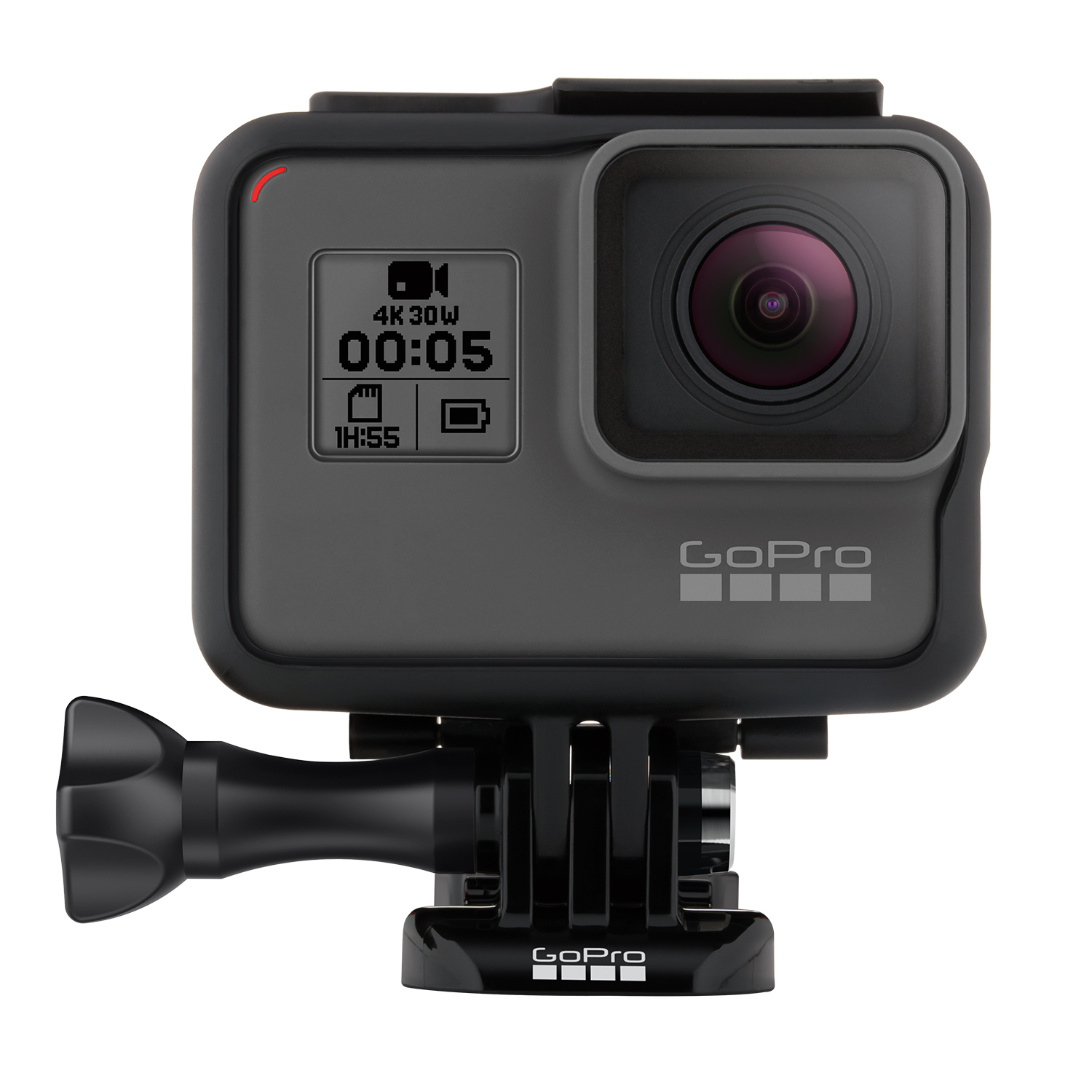 The Karma drone isn't the only new piece of kit from GoPro, with the upgraded Hero5 Black also set to hit shelves in the coming weeks. This is unquestionably GoPro's flagship camera product, with no Silver version this time around. As expected, the Hero5 brings 4K video recording at 30fps, along with slow-motion 120fps shooting at 1080p – not too shabby. As with GoPro's most recent flagship model, the Hero5 features an integrated touchscreen and boasts a super simple one-button design for full control.

The new Hero is perfect for surfers too, as it's fully waterproof up to 10 metres without any external case or housing, which makes underwater and ocean photography easier than ever before. With incredible 12-megapixel still photo capabilities at up to 30fps in continuous burst, this thing is packing some serious heat for photographers and filmers alike. RAW and HDR photo technology caps off another exciting flagship product from GoPro. 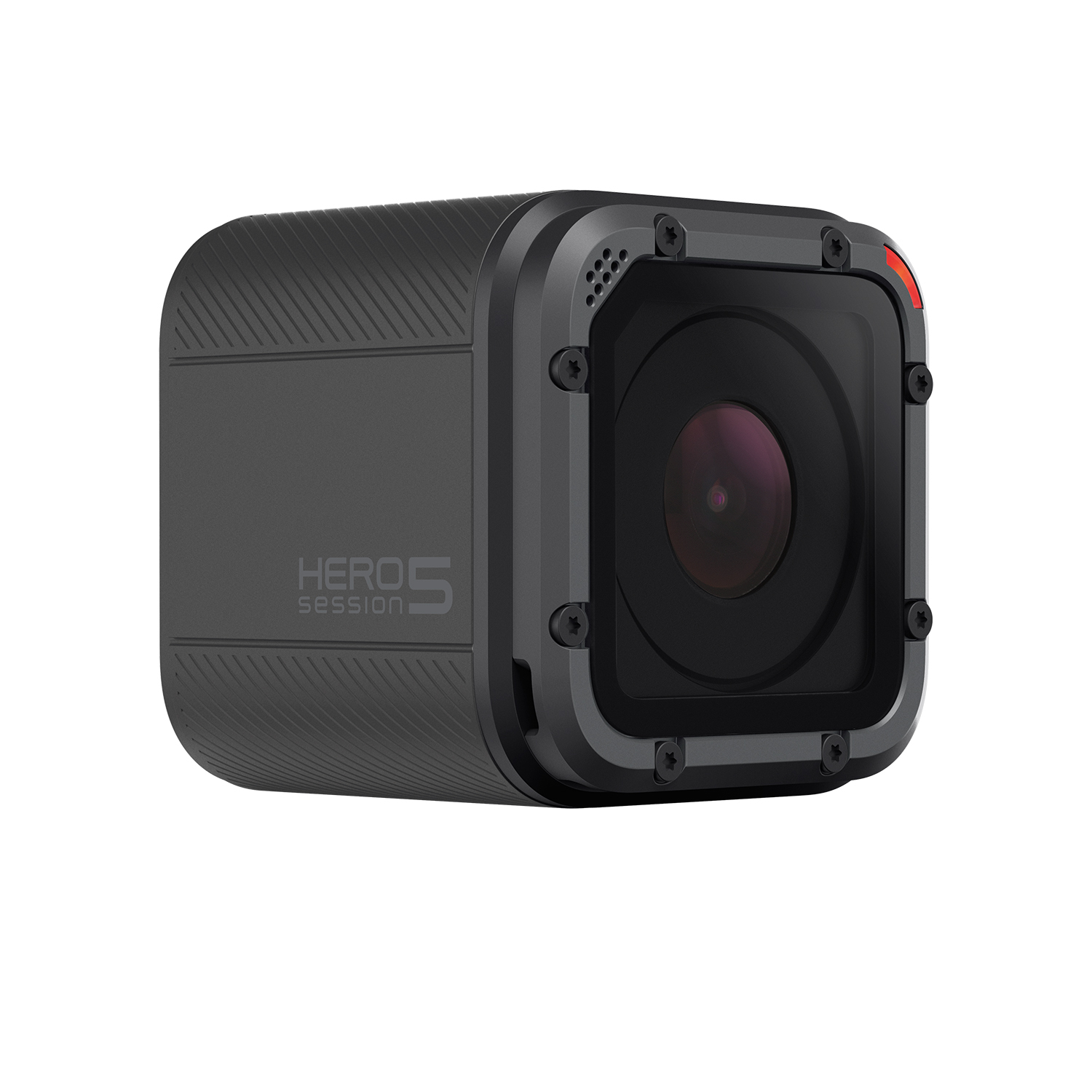 Launching alongside the Hero5 Black is the Hero5 Session, GoPro's secondary camera for the current generation. Don't let the 'secondary' title fool you, though – the Session also films in 4K at 30fps, with 1080p available at a highly commendable 90fps. It's also waterproof to 10 metres, has the same one-button ease-of-use controls as the Black, and comes in at over $100 cheaper than its more advanced counterpart. What you'll lose with the Session is RAW and HDR photo capabilities, making it a worse option for photography-centred enthusiasts. Even with the release of this second-gen Session, the original Session 4 will remain on sale for a lowered price.

Overall, the new generation of GoPro products look like a promising step forward in camera technology and portability. Keep an eye out for the new range in the Boardworld Store, and make sure to follow us on Facebook and Instagram for more quality video and photo content from GoPro and their cameras.