Meet Nate Viands, the 5-year-old shredder like no other

Nate Viands is not your average 5-year-old.

For starters, Nate absolutely rips on a skateboard. From crusty DIY bowls to some of the gnarliest skateparks on the US East Coast, including the notorious FDR park in Philly, Nate attacks them all with a fearless attitude and a no-holds-barred style. Hitting corners at speed, blasting frontside airs above the coping, throwing his tiny body into proper grinds on proper pool coping – Nate knows how to handle himself on four wheels, and skates like somebody well beyond his years. 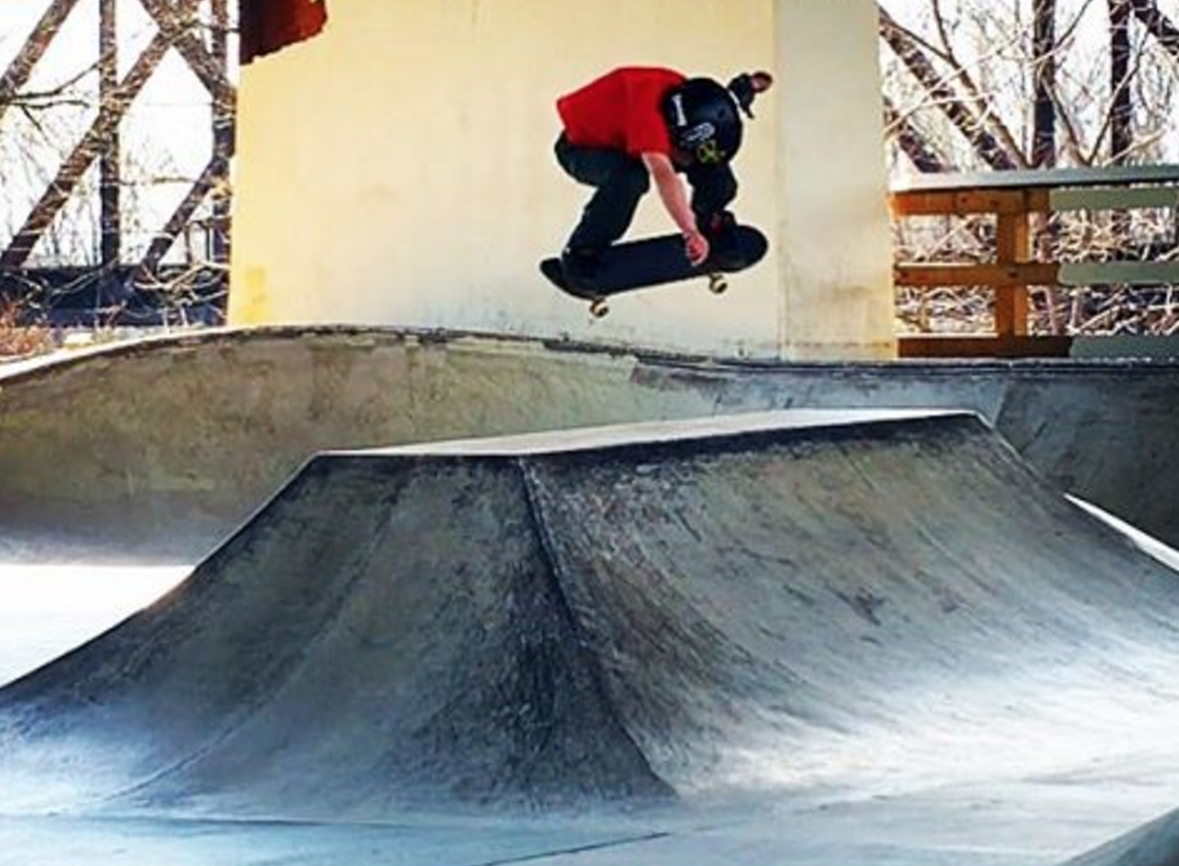 His prowess on a skateboard is nothing short of incredible, but that fearlessness transcends skateboarding. Behind the battle for new tricks is a battle of a very different kind – a battle against leukemia, a blood cancer that he's been fighting against, and slowly but surely conquering, for nearly two years. All while managing to hit the skatepark on a regular basis.

Inspired by Nate's story, which we discovered through an Instagram video posted by Real Skateboards, we were eager to learn more about this little legend and share his story in the hope that it would inspire others. We reached out to Nate's father, Scott, who was happy to share Nate's inspiring story further. As far as legends go, Nate and Scott are right up there with the best of them.

Boardworld: Can you tell us about Nate’s illness?

Scott: One month prior to Nate's 4th birthday, he was diagnosed with ALL (acute lymphoblastic leukemia), a blood cancer. He has been in treatment for 22 months. As of now, his end of treatment date and last chemotherapy will be in September of 2017.

When and how did he start skateboarding?

He was four and a half. The first 9 months of chemo were brutal. He couldn't get up the stairs by himself at times. He was really immuno-compromised the whole time and we could not be around other kids or indoor public places, so we were forced to do a lot of outdoor activities over the winter. We are fortunate to have quite a few skateparks in Philly, so it just happened that we started going to our local park. It was something we could do outside together. I hadn't skated in 12 years, but I bought him a mini deck and dusted off my old setup. That was a little over a year ago. 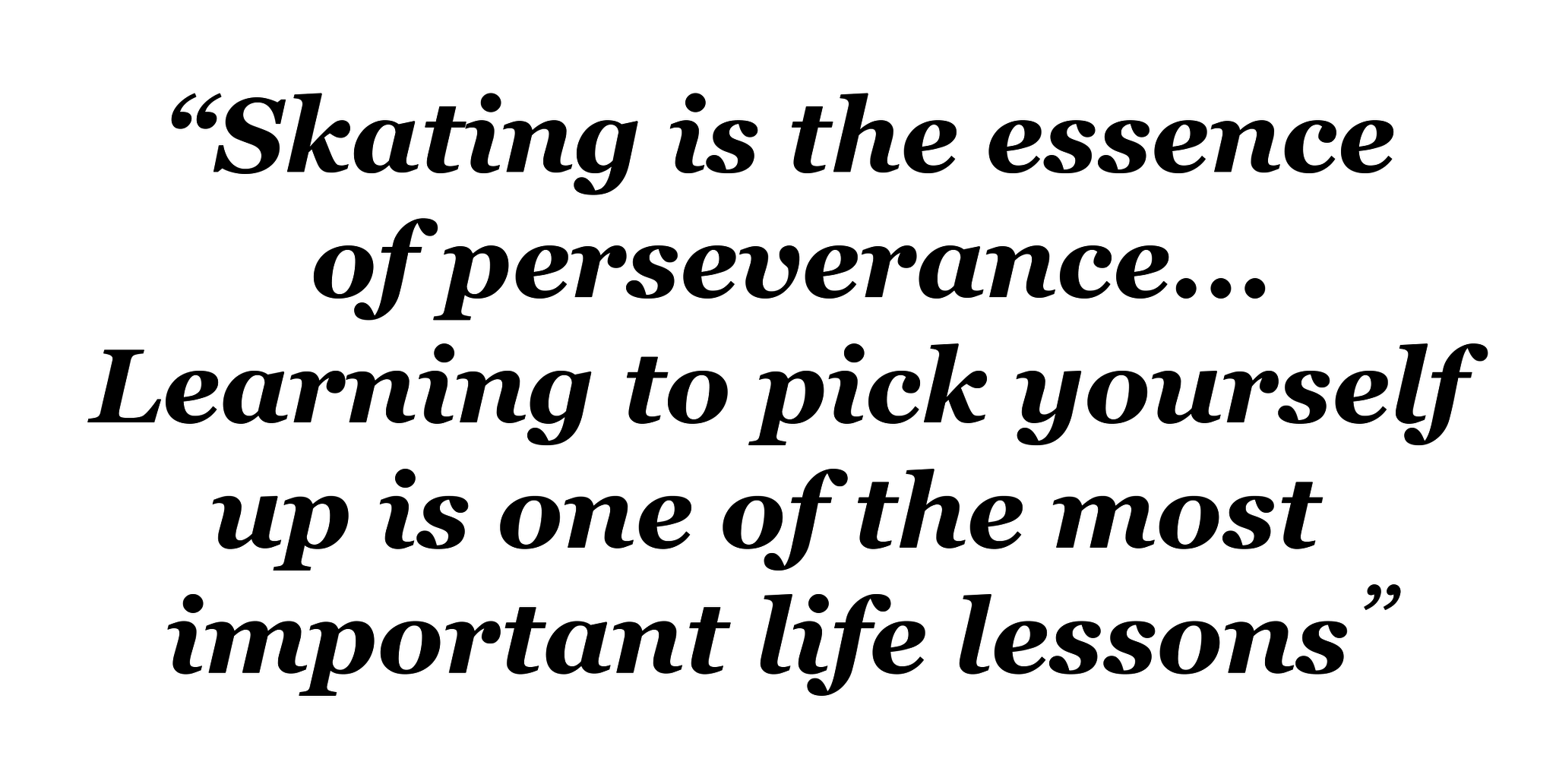 How has skateboarding helped him through his battle with leukemia?

We never wanted Nate to see himself as "sick", and we have never treated him as such. If anything, maybe we have been a little tougher on him than we would have been sans cancer. He doesn't know it, but he is fighting for his life and he may need to do it again. Skating is the essence of perseverance. You fail so much more than you succeed and usually when you fail there is a physical consequence. Learning to pick yourself up and have another go at it is one of the most important life lessons. It is also so much fun. For the first year or so of treatment, we were in a sort of cancer/medical/hospital bubble. When we started skating all of those things disappeared for a while, even if it was just a couple of hours or so. It was just little kid-style fun for both of us.

Did you teach him to skate, or was that something he just picked up himself? He absolutely shreds for his age and experience!

He was better than me within 6 months. It just seemed to make sense to him. He watches all of the older kids and thinks he can do the same things, he just knows he can. I don't know how to explain it, because I don't have that. He's just never scared.

Real Skateboards posted a video of Nate skating just two days after undergoing chemo. How does he keep up the strength and motivation to keep skating?

He just doesn't know any different. That is the cool thing about kids, they don't feel sorry for themselves. They are just so in the moment. 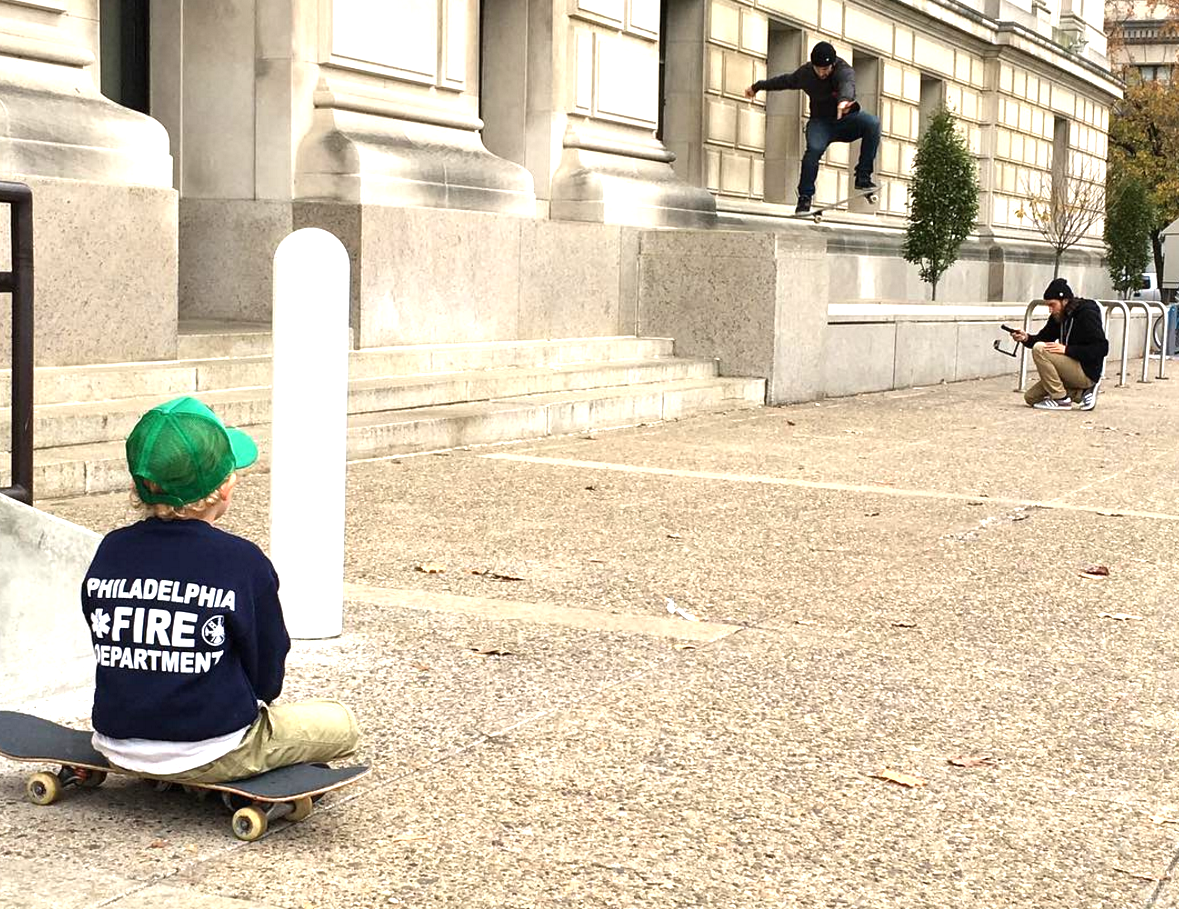 Skating with Chris Cole in the streets of Philly

Have any skate companies reached out to support or sponsor Nate?

The Real crew has been awesome. Jim, Mickey, Christian, Brad... they have been super supportive of Nate and have done countless kind things for him. It's helped our family through some of the rougher times. Chris Cole has been super supportive of Nate as well. He hooked Nate up at Street League with front row seats. Mickey Reyes brought a few of the Real team by to meet Nate. Chris also took Nate skating in Philly over Thanksgiving. There are a lot of good people in the skate community, and we are super grateful for the love.

Which skaters does Nate look up to?

Chris Cole, Kyle Walker, Ishod and he loves the way Tony Trujillo skates. He also looks up to all of the local older kids – Connor, Devin, Mark, Mike, and Joey, to name a few. 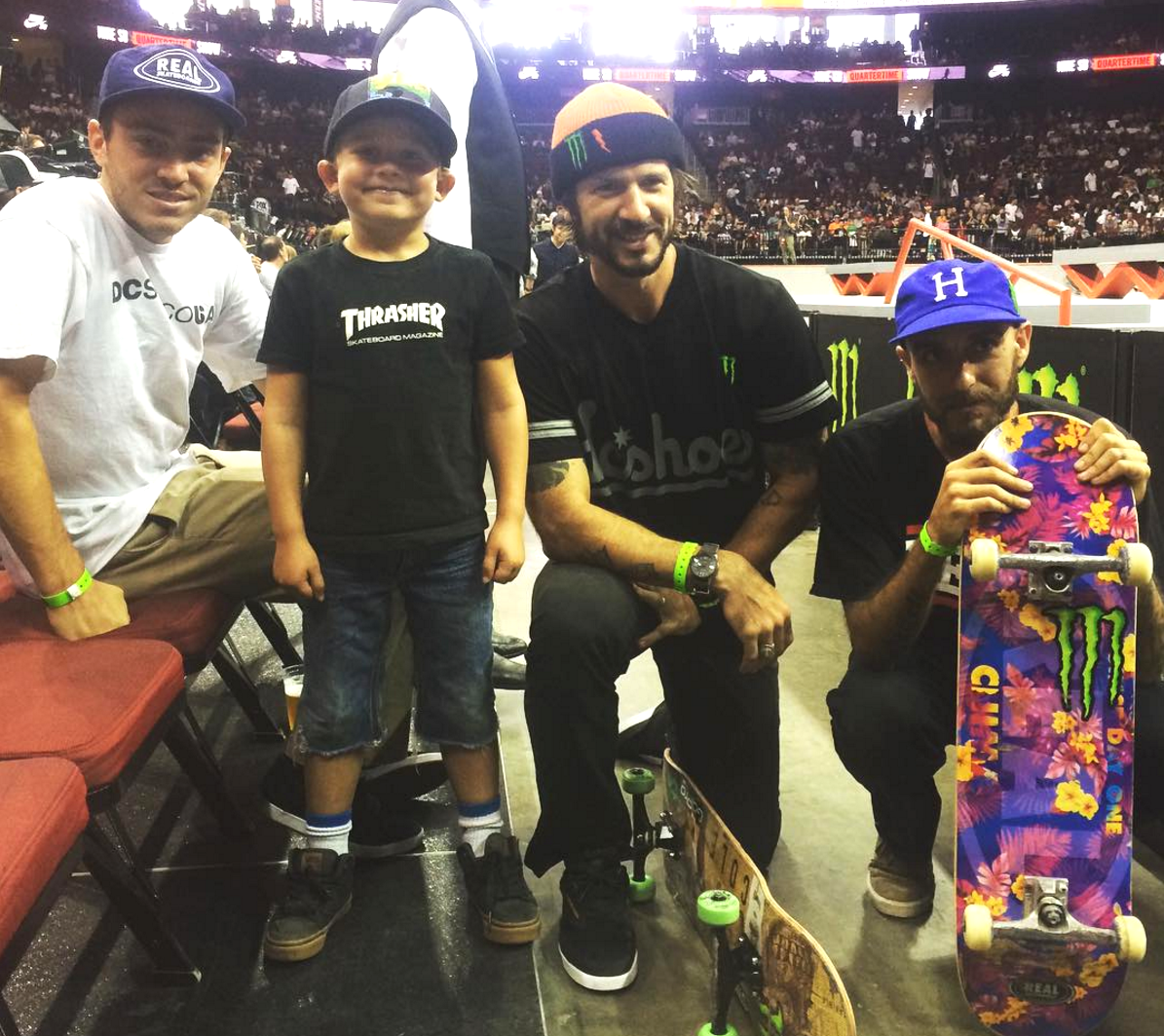 Any parting words, or anything you'd like to add? Anywhere we can donate to Nate's cause?

There are two places we'd suggest if you're interested in contributing. The Centre for Childhood Cancer Research in Philadelphia, where donations can be earmarked for the Vians Family Fund / Tasian Laboratory. The other is JohnnyKicksCancer.org, which was set up by the family of Johnny Romano, another young skateboarder who battled childhood leukemia, and aims to empower and encourage patients, families and doctors in their fight against the number one childhood cancer.

A surprise full part from an all-time fave

A flurry of mind-melting NBDs