We catch up with an Australian snowboarding legend

At 35 years old, Pete Long is widely regarded as a legend in our industry. He's done it all—from competing, to coaching, to media, and everything in between—yet in truth he's only getting started. Pete is at the top of his game, with a constant pursuit for progression in the ever-changing landscape of professional snowboarding. We caught up with Pete to discuss the past, the present, and the future of Australian snowboarding. 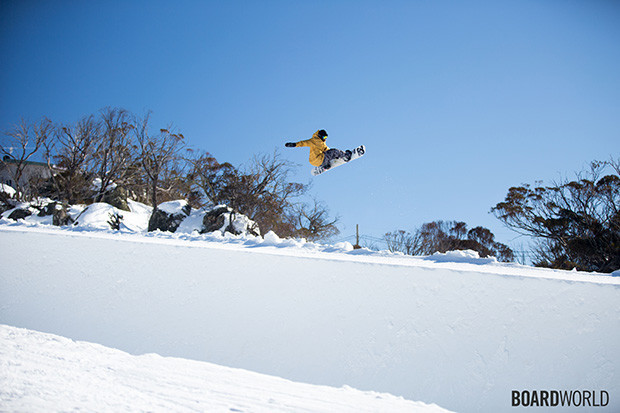 What are your plans for the Northern Hemisphere winter?

Nothing set in concrete just now as the majority of my time and energy is being focused on the new business ventures. In saying that, I'm really hoping to get over to the Cali or Whistler during spring... try stack a few late season clips and maybe some photos for the mags. The desire is as strong as ever, that's for sure.

You have been involved with many brands over the years. What was the motivation behind creating Modest?

Yeah, I guess I've been pretty fortunate over the years to be able to ride for the brands I genuinely love and believe in. I think it makes sense that the companies you represent suit your riding and vice versa.

My main motivation behind Modest is to try break the current mould in the Aussie industry. It's one thing to get free product and the occasional cheque but I feel most riders just want the support of those behind the labels, to truly feel a part of something and have some genuine input into the brand's identity and growth out here.

I also believe that the connections and opportunities that come with being sponsored are just as important as a paycheck when it comes to achieving your goals in the game. Fuck it, I thought. Let's just do our own thing. By the homies, for the homies!

There is only so long a company can survive off its reputation alone. The kids need to relate to a brand and want to feel a part of something cool, ya know? If it lacks presence and relevance, it's all but over in my books. I can only hope that I am contributing positively to the creation of something that snowboarders and skateboarders will relate to, and wish to be a part of a brand that genuinely treats its riders as the highest of priorities. I also wanted to offer a product that wouldn't break the bank—yet function as good, if not better than, some of the overpriced products on the market. Like most, I've always wanted to start my own label, and at the end of last year I felt the time was right. I've been watching skate brands like Happy Hour and Glassy for a while now and I dig what they are trying to achieve—price conscious products backed by up by an influential team that kids would be super stoked on and want to support.

As cliche as it sounds, it isn't about making money. It's about trying to give back to that which has given me so much—snowboarding and skateboarding. I really want to make a difference and try shake things up a bit whilst helping as many kids as possible live their dream.

You've been in the game for 16 years now. What does it take to keep your body conditioned for snowboarding?

Passion, passion, and more passion, haha! Obviously looking after your body, eating well, and drinking lots of water is critical to withstanding what we put our bodies through each day. Stretching, yoga, and mindful meditation are also things that I believe help keep me fit and shred-ready. At 35 years of age, I feel fitter than I ever have, both mentally and physically, and I look forward to pushing myself and hopefully progressing on my boards for a while yet. 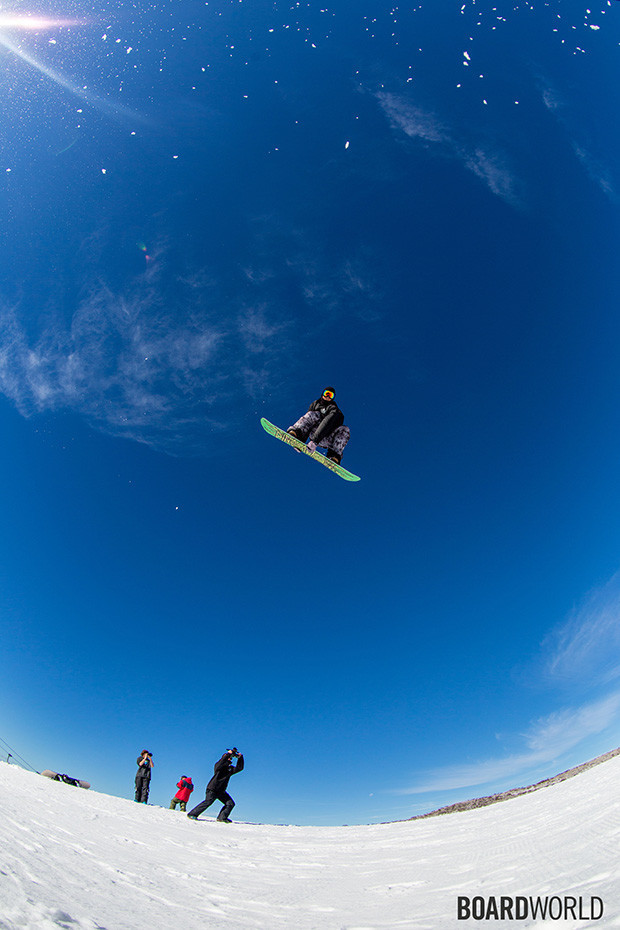 At 35 years old, Pete Long is in the best form of his career | Photo: Alen Zvokelj

What have you witnessed in regards to the attitude shift towards snowboarding by resorts and the snow industry?

My first season was in 1998: snowboarding was still relatively new to the Aussie resorts but was already being accepted by the powers that be as a growing "sport", which in turn would raise revenue. To this day I feel it's always been about numbers and figures for both the industry and resorts. Fortunately, there are some very passionate, hardworking folks at the front line that are keeping it real. To me, this overshadows all the negativity and greed that sometimes thrives behind the scenes.

Having coached for many years, which young rippers should we keep our eyes on in the future?

To be honest, I think snowboarding has so many different aspects, so many different "paths" so to speak, and yeah I'm super stoked on the depth of talent coming through on all fronts. From kids like the Staveley brothers and Matty Cox, who are destined for great things on the competition side of it, through to young bucks like Joel Cantle, Harry Green, and Josh Vagne, who if they worked hard enough could easily push into filming parts on an international stage. Personality is a big thing for me as it generally translates into style... and these kids have truckloads of it, so I would be keeping an eye on them for sure. Also on the girls side of things, young Mahalah Mullins is going to be insane, already proving herself to be on a world class level at only 15. And then there's 11-year-old Zahra Kell who will no doubt be a game-changer both on water and snow.

Tell us more about Modest. Has it been received well? What are the plans for next season?

Oh man, I'm that grateful and stoked with the response since launching Modest. It's still very much in infant stages right now as I really want it to grow as organically as possible. With these past few months having been focused on building the brand's identity and marketing it towards the right audience. Those that get it will get it, and that's all that matters to me. We are currently working on our goggles and anticipate a release in time for Winter 2015 along with our full range of shades and accessories.

How important is skateboarding in your life?

Skateboarding defines me. It's who I am and who I have always been. I started skateboarding when I was five years of age, so it's been a lifelong passion for me. To say if it's equal, less or more important to me than snowboarding is impossible. They are both unique to me in that they have taught me so much about myself and who I am. I was drawn to the mountains through skateboarding and fast forwarding 16 years down the line it has given me so many priceless memories and lifelong friendships. A cheesy as it sounds, I truly feel blessed to call myself a snowboarder. 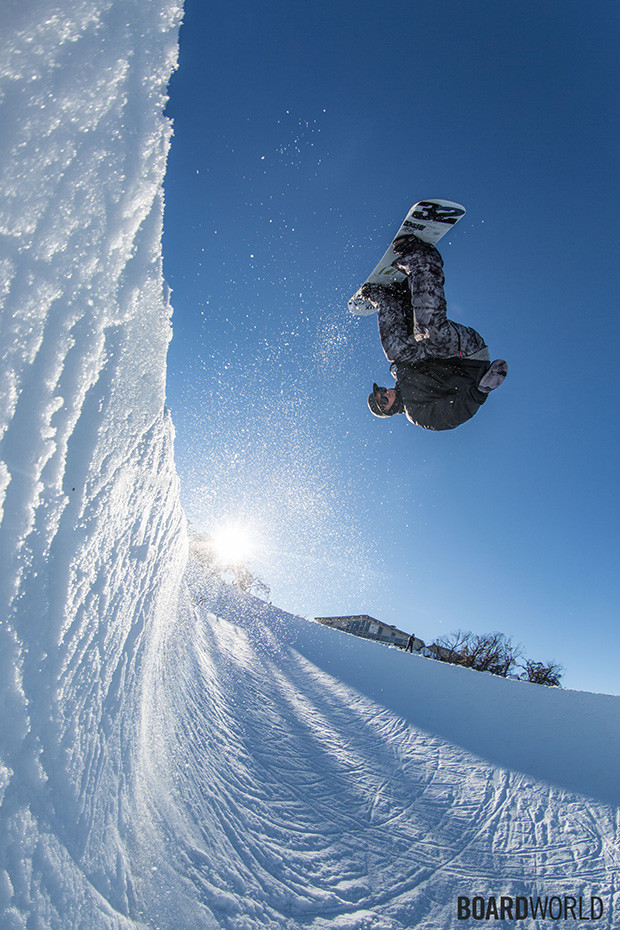 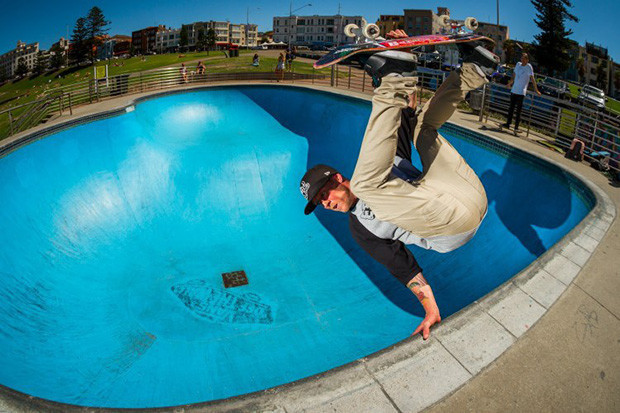 Pete is no stranger to vert—on a snowboard or skateboard | Photo: Cameron Markin

You seem to have made the move over to Perisher. What is it about Perisher that's bringing in all the top riders?

Thredbo will always be my home mountain; it's where I learnt to ride a snowboard properly and where some of the best times of my life were had with some of my closest and dearest friends. With last season being my first in 16 years based in Sydney, I wished to make the most of my time on snow, and with Charles joining Dougy and the team at Perisher the year before it just made sense. The quickest park lap in the Southern Hemisphere containing what is hands down the best park around made the choice easy. That, and all the homies ride there now, so yeah, Perisher it is, ha! Change is inevitable; those that fear change fear growth, and I for one am not afraid to grow and develop into the best human I possibly can be. 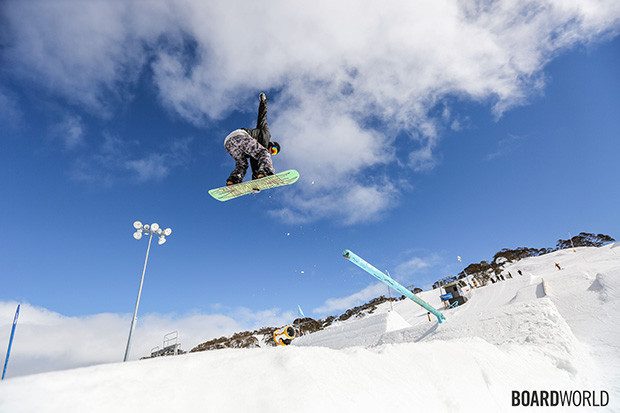 Perisher's parks were on point during the 2014 season | Photo: Alen Zvokelj

Who were the most impressive Australian snowboarders this season?

On the filming side of things I would have to say Jye Kearney was on fire as always, with a renewed hunger that will see him continue to dominate this northern winter. I'm sure I'm not alone in saying that he is one of my favourite riders to watch ride a snowboard. Also worth a mention is Jordan Crockford who kept the clips coming all season long.

On the competitive scene I would have to say that Scotty James was holding it down for the Aussies as well as a few of the young bucks like Tim Laidlaw, Cam Stavely, and Joss McAlpine.

You teamed up with Boardworld this season to produce the "Modest Minute" web series (episode one can be viewed at the top of the page, episodes two and three at the bottom). Tell us about that.

I was so stoked to team up with Boardworld and produce some content this season. You guys have always been open to my ideas and have helped them manifest. In this day and age, you have to create opportunities, ya know? It's not that often people knock on your door with genuine platforms for exposing yourself or your ideas and brands, so it's important to put yourself out there and make things happen. We were very fortunate this season, especially with so many overseas hits on our edits via the Boardworld platform. The connections you guys have with the big international sites is priceless and for sure helps shine the spotlight on the thriving scene and talent pool out here, which is a big focus for Modest. I want to help push as many riders as possible onto the international programs. 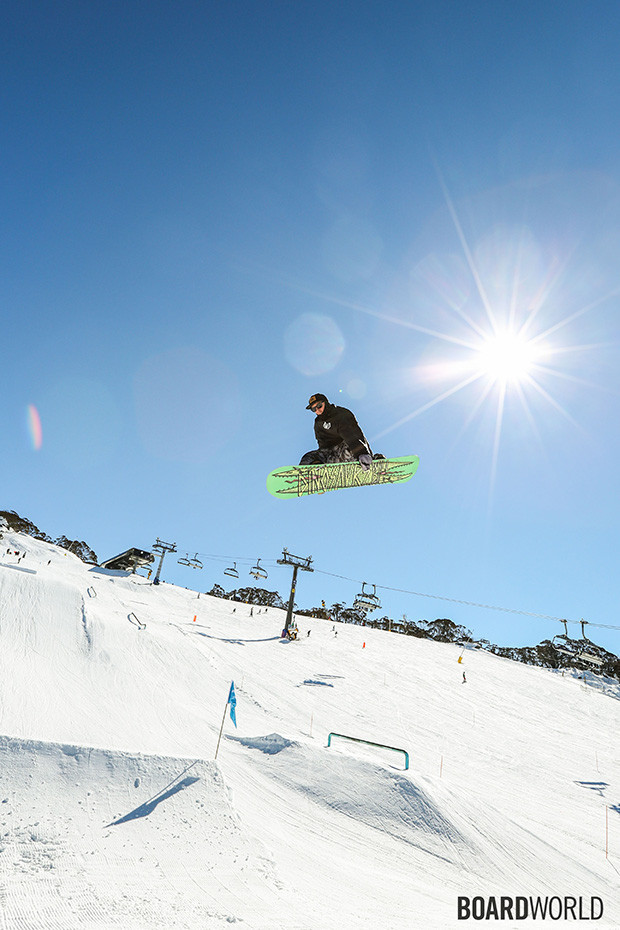 For sure. It goes without saying but to all my current sponsors — thank you. Sincerely, it means a bunch to know ya'll still got my back! Big ups to Boardworld for the love and to anyone else out there keeping shit real. Stay true. Peace.

"Most Minute" episodes two and three can be viewed below.