Behind the Glass: Jordan Barta 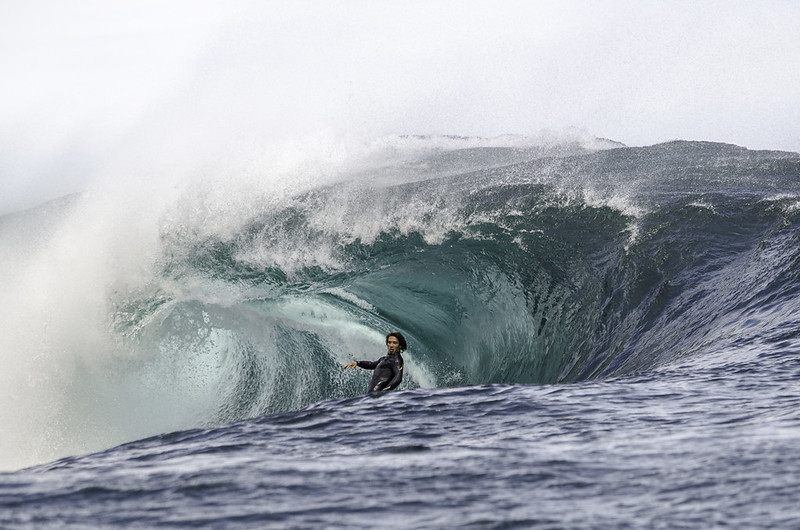 Waiting for the right swell, wind and tide can be very frustrating for surfers, but when it all comes together for two whole days it’s like a miracle.

After purchasing a jet ski I had been waiting almost 3 months for a decent swell to pop up so I could use the ski to shoot off. As soon as we heard about this swell I jumped straight onto the internet to check the buoys for myself. It looked perfect but we were still a few days out from the swell hitting, and we all know anything can change in the ocean.

Friday night came (the night before the swell) and I was frothing like a little kid. I was on the phone to my good mate Troy Van Vliet and he was just as pumped as I was. We had the skis filled up and packed, ready to go at first light.

I met Troy and Brendan Rowney at about 5am, and we sat on the beach patiently as the sun rose, waiting to get a glimpse of a wave. As the swell lines moved toward the reef we all became anxious and excited, then out of nowhere a wave exploded over the reef and peeled down the line so perfectly it was like something out of your favourite surf video. We all jumped up and took off to the nearest boat ramp.

As we reached the break on the skis we sat there in disbelief as picture perfect waves rolled in one after the other without a soul for miles. This was my favourite shot of Troy from that session. It was taken towards the end of the session as Troy became more comfortable and was getting deeper and deeper with every wave he surfed. The boys surfed for almost 4 hours that morning and it will definitely go down as one of the most memorable sessions I’ll ever have shooting.