Jonathan Hooke is a Sports Journalism student at Staffordshire University in England. He sent us this article to post on Boardworld.

“There are thousands and thousands of skaters. You need to work outside of the box to be original.”

‘Original’ is the perfect word to describe Kilian Martin. The 24-year-old has come a long way from the childhood gymnastic practices in his hometown of Madrid, which has since shaped the way he has become one of the most innovative and talked-about freestyle skaters in the world today.

The Spaniard has shot to fame over the past 18 months, appearing in British documentaries, adverts for ‘Lucozade’ and even promotional videos for the fashion chain ‘Man About Town’, en route to signing for American company Powell-Peralta in August 2011.

In a stark contrast to the backgrounds of many other skaters, Martin started gymnastics at the age of 10 and took up surfing at a similar age. The centrality of Madrid had its limitations though, as it made practising the latter difficult and subsequently the youngster had to make do with the concrete that surrounded him, until eventually moving to California at the age of 21. Nevertheless, Martin still acknowledges the skills that gymnastics and surfing gave him in his progression to becoming a professional skater. ‘’I put a lot of demand on myself. I get really determined to do tricks and both sports massively helped in my strength and balance.’’

‘’I was 16 when I started to skate. I had a friend who used to skate occasionally and one day he brought his board and let me have a try. I initially thought that skateboarding would improve my surfing skills and balance.’’ he recalls. However, he was soon addicted to the excitement and thrill that the sport gave him: ‘’Later on, skateboarding started to mean much more to me. It was so fun that I kept skipping gymnastics classes to go and skate.’’

After becoming addicted to the sheer joy and adventure that skateboarding gave him, Martin sought out several skateboarding videos, and was further captivated by the invention that many skaters showed: ‘’When I saw the old Powell-Peralta videos, I found skaters like Kevin Harris, Per Welinder and Rodney Mullen doing things differently. It just looked so new to me, I was hooked. Anyone trying to be original inspired me.’’ This is a somewhat fitting motto that he effortlessly manages to incorporate into his own skateboarding nowadays. The fluid style, technical ability and focusing of the delicate aspects of Martin’s skateboarding have understandably drawn instant comparisons to Mullen – credited by most as the most innovative and influential individual in the history of skateboarding .

It could be argued that the recurring theme of spontaneity that runs through Martin’s skateboarding comes from the fact he grew up in Spain – a country not famed for its skateboarding – but whilst football and tennis continue to captivate the Spanish audiences, he insists that skateboarding is becoming more popular in his home country: ‘’The interest for skateboarding in Spain is growing.’’ He bluntly explains. ‘’It is getting a lot of attention compared to years before. New skate parks are being built and the scene is getting bigger. Everyone pretty much follows major sports but that’s good in the way you can feel more like an outsider.’’

The foundation of his exposure points to the video ‘A Skate Escalation’ – filmed in Barcelona and released in May 2010 – and has since gathered nearly 2.5 million hits on YouTube. The instant attraction to Martin’s style – a delightful fusion of freestyle and street skating – is the way he effortlessly manages to almost transform a sport into a piece of art, which is rather appropriate considering the gorgeous, architectural surroundings of the Catalonian capital. This theme is continued in ‘A Skate Regeneration’ and ‘A Skate Illustration’ – his second and third releases respectively. His control over manuals and nose-manuals are painstakingly perfect, his handstand flips are extraordinarily acrobatic and his penchant for innovation – including a primo slide which culminates in a transfer from one board to a one-foot double-board daffy…via a tree – is simply remarkable.

Clips are slowed down to truly show the elegance that Martin conveys on the board and the delightful backdrops – from the beaches of Brighton and Hove to the urban jungle of the Pallasades Shopping Centre in Birmingham, England – merely promotes the idea that he is giving freestyle skateboarding a makeover, away from its old-school roots. All of this, coupled with the lo-fi soundtrack, creates almost a smooth, tranquil atmospheric experience to match Martin’s ability. This is partly courtesy of director Brett Novak – who Martin met at a skate contest in Inglewood, California in April 2009 – and who the Spaniard simply describes as: ‘’an artist, we have completely the same mindset.’’

Despite his three videos accumulating just over five million views – subsequently clearly having some effect to his progression as a worldwide skateboarding freestyle icon – Martin insists that the satisfaction of getting on the board ignites his originality and creativity. ‘’The videos are getting a lot of exposure and it’s always great to hear about people who have been inspired by the videos and have since started skating or got back into it. I am just having so much fun, trying whatever my mind comes up with. People get to understand that skateboarding is all about enjoyment.’’

The first sign of television exposure for Martin came in the form of a ‘Lucozade’ advertisement – which was aired in the United Kingdom in June 2011. This was followed in August by the critically acclaimed Channel 4 documentary ‘Concrete Circus’ – which showcased the talents of the Spaniard, as well as the unique skills of four other ‘urban athletes’. Later that month, in a bizarre twist of fate, he signed for Powell-Peralta. Former professional and company owner Stacy Peralta went onto shower him with praise, when he said: ‘’He is the most impressive skater I’ve seen in decades’’, whilst ex-Powell-Peralta skater Mike Vallely also weighed in with his view, when he recently said: ‘’Kilian Martin is the skater I’ve been waiting for, for over twenty years. He has gathered up his influences and inspirations, and then taking from the best of them, unchained himself from tradition and any social justification, completely reinterpreting skateboarding on his own terms.’’

Much in the same, carefree vein that exuberates from his skateboarding, Martin is typically modest about the acclaim: ‘’It’s amazing and it all seems unreal at the moment. They are legends and I find it hard to believe that they are saying those things about me. I don’t really like to take myself too seriously and I feel like I have a lot to learn.’’

Throughout the interview, it’s easy to forget that Martin earns a living as a skateboarder, considering how frequently he values the entertainment and intrinsic aspects that he gets out of the sport, and it is clear to see that he conveys this through his skateboarding, which I feel is subsequently one of the main reasons why he has gained so much media attention over the past 18 months. So what does the future hold for Kilian Martin? ‘’More projects, more tricks…and more fun’’ he smiles. I – for one – cannot wait to witness the next instalment of his career. 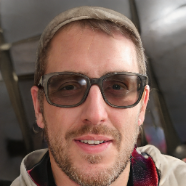 Wow, you’re just doing a great job at analyzing the article! Where did you learn this way? I myself have been writing to become for a couple of years. But it looks like you are really a master