This contest is part of the Photography Contest but you will need to post your entries into this thread if you want to enter the Most Improved Photographer Contest. This contest is being run and judged by Gamblor.

Please don’t enter this contest if you don’t like critisism. The purpose of this contest is to give you the opportunity to improve your photography and to be rewarded for your progress.

Remember: we are looking for improvements over the course of the season so please don’t be scared to post your photos, even if you don’t think they are great. We will give you feedback on how to improve your shots, so take the advice on board, come back and show us how much you’ve improved.

PRIZES: $1000 in prizes of your choice, including a F-stop Guru Backpack with ICU from F-stop Australia. The winner will also receive a two year subscription to Transfer Snowboard Magazine.

TERMS: All photos must be from the current 2011 Southern Hemisphere snow season. All terms and conditions in the Photography Contest also apply.

Now Gamblor will explain how this contest works…

After noticing that Boardworld photo contests attract photographers of high caliber (ridiculously amazing prizes will do that), rider26 and I wanted to make something available for those of you out there who simply go to the mountains to shred and have a good time rather than professionaly taking photos. Yeah, it sucks if your riding snaps don’t stand a chance against perfectly composed photos of pros boosting out of halfpipes - so welcome to the “Most Improved Photo” competition!

In this competition, I will be posting tips on how to improve your photos. It’s amazing how a little tweaking of your composition can turn your run-of-the-mill vacation shot into something to get your mates stoked.

So, you will post your best shots in this thread, and I will give you tips on how to improve them, or praise you when it’s rad. I will be looking for the person, who over the season, puts in the effort to improve their shots. Who knows? maybe that perfectly composed sunset shot of your little sister doing a 30cm ollie will take the cake! Or it could be a mellow shot of you and your mates sharing a cold one after a hard day’s shred.

If everyone gets a little better, then everyone wins, right?

Here are some general tips to keep in mind. The more they get drilled into you, the better.

1. Rule of thirds
Having the rider in the middle of photo is not terribly interesting. Also, leave a space in front of the rider for him to ride into.
http://en.wikipedia.org/wiki/Rule_of_thirds

In this photo the rider is positioned according to the rule of thirds. This makes the photo more dynamic.

2. Leading lines
Lines in your photo leading to the action or around it is really visually interesting. Diagonals especially.

Same photo. Here we have leading lines with the trees leading up to the rider on the left half of the photo. On the right we have the big tree stump diagonals leading our eyes back to the action.

3. Show the takeoff & landing
It’s possible to cut one of these but it depends on the shot.

In this one, the rider is all up close, but we can’t see where he is. Is he dropping a cliff, hitting a booter, or just ollieing on flat ground?

4. Provide context
Show where the action is happening. NO GUY-IN-THE-SKY shots (just a guy in the air). This really should be part of point #3.

5. Timing
Try not to miss the grab. If the rider misses the grab, they can hike it again! (unless it’s a steezy Mark Frank Montoya no-grab)

6. Don’t over-photoshop it!
This is the most annoying. Keep the colours real - don’t crank the saturation to give yourself a deep blue sky (and in the process make your rider’s face beet red). Don’t use photoshop effects to similate tilt-shift lenses etc. It just looks fake (unless you’re a retouching pro, which most of us aren’t). Just use photoshop sparingly and like I said, keep it real.

In this photo, I’ve cranked the saturation so that I have a beautiful blue sky. Sick! Actually, the trees look pretty sick now, and the rider looks radioactive :(

7. If you have to crop, keep the aspect ratio the same
Photos in a funny size just scream, “I was a bad photo that was CROPPED”. Photos cropped with the same aspect ratio say, “the photographer who took me was brilliant and he composed his shot perfectly”.

This actually doesn’t look too bad, but it’s not an exact square crop. I look at this crop and think, ‘hmmm, what was the photographer trying to hide on the right side?’

8. When you compose, keep your horizons straight.

and that’s all I can think of right now. I’m sure more tidbits will pop up during the season.
In closing, I just want to say that all rules are meant to be broken, but you have to know the rules first!

Well I am going to try to improve from this taken last year.

1. Skier
2. Cropped to an unusual size
3. Crooked Horizon
4. Centre of the photo
5. Missed the Grab
6. No Take-off or Landing

I think I can do better

You are a very fast learner wishy

This contest should get an award for being awesome.

Well I am going to try to improve from this taken last year.

1. Skier
2. Cropped to an unusual size
3. Crooked Horizon
4. Centre of the photo
5. Missed the Grab
6. No Take-off or Landing

I think I can do better

Great comp, I think more suited to my skills! I should have waited for this thread before posting in the SOHE comp. Dang nammit. 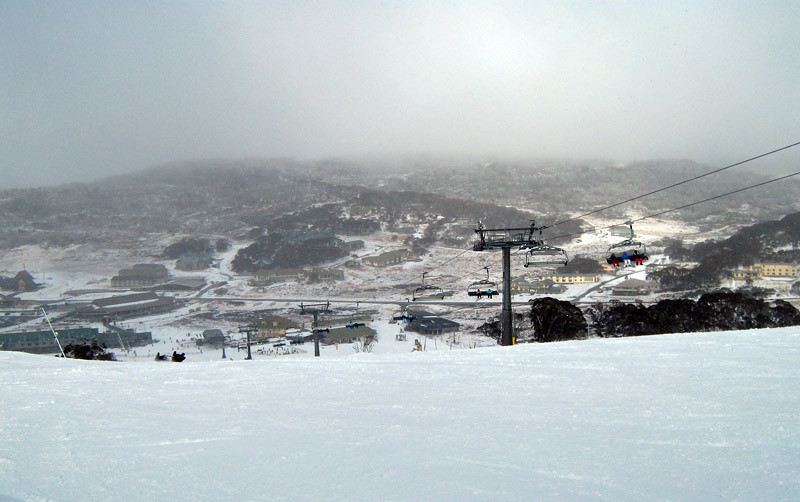 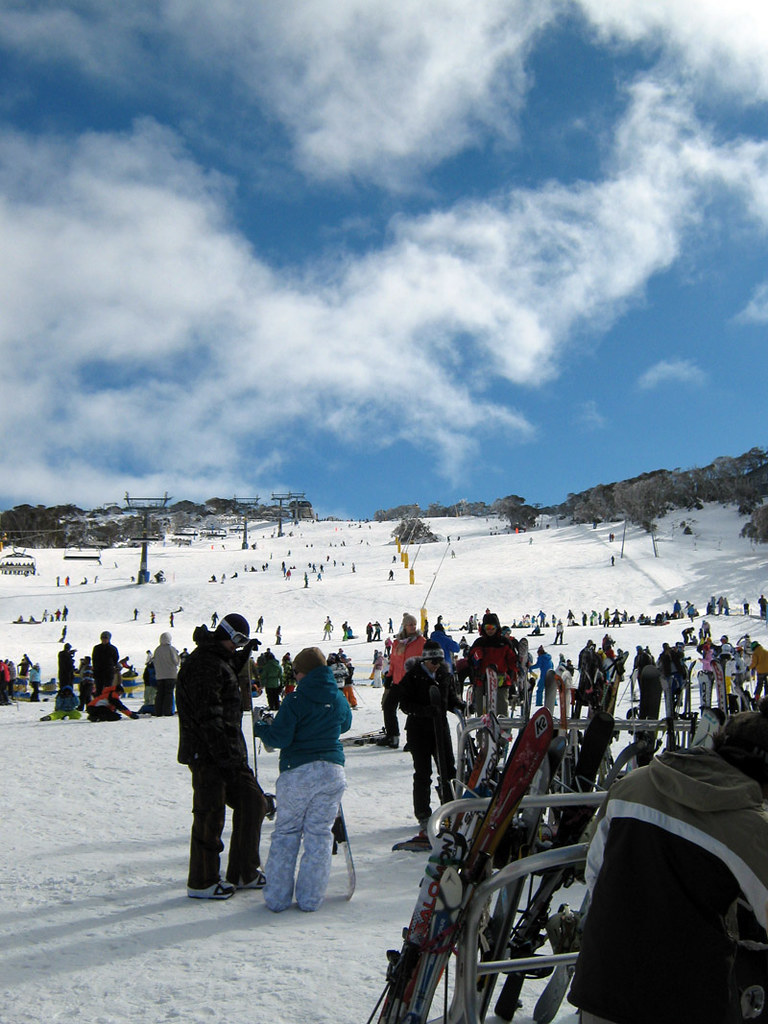 Great comp, I think more suited to my skills! I should have waited for this thread before posting in the SOHE comp. Dang nammit.

Blizzard, you can post the same pics in both contests

1st pic: you’ve got leading lines with the lift so that’s good. However, nothing much action-wise is happening in this shot AND you’ve got bad weather. If you had sunny skies or a boarder in the foreground this shot would be more interesting.

2nd pic: here you’ve got the sunny skies so the mountain looks good but it looks like you’ve got a cloud above, making the foreground grey. Nothing much you can do apart from blasting the oncamera flash. I would take a few paces to the left to get that couple and the ski racks out of the shot. Not that the people or ski racks are bad, it just seems like that couple is the focus of the shot, and if the ski racks were not so prominent in the foreground it would look like less of a point & shoot type shot

Thx for the feedback Gamblor

No worries, Blizzard. Lookin’ forward to many more shots from you

man im gonna learn alot in here, now i just need to get a camera lol

My problem is I don’t know anyone I can photograph in the park. So all my photos are gonna be scenery type.

Might ask around my friends, maybe they know someone!

Great idea!  Huge props to you Gamblor for making the time!  I know its hard to find time to go over your own work let alone assisting others on how to make things better.

Keep it up guys!