Now bare in mind with this review I’m still yet to ride it in pumping surf (damm you Sydney beach breaks). What i have surfed this magic carpet in so far is just your standard beachie ranging from 2-4ft.

This model which was originally designed by Connor Coffin is stella. The overall simplicity of this board gives the Fred Rubble its drive and power. That little bit of extra volume under the chest makes for an easier paddle too. I found this board to be forgiving and gave me plenty of speed from moment i was on my feet.  There’s no over working this board. Its super responsive, has nice low rails to dig into and the rounded pin gives you that little bit extra when sitting in the barrel.

For the everyday surfer i highly recommend this board. From 2ft junk to pumping 6ft Indo this board can do it all. Just ask Kelly Slater he won 4 WCT events on it!

I rode this board with the FCS II Neo Glass - Preformer. I found these fins to be a great match with this board. As its an all rounder fin for all types of surfers in all conditions.

I hope this review helps you choose your next blade. If you don’t want to take my word for it, check out Connor Coffin ripping on one!

Hey Surferguy, how tall are you and how much do you weigh?  My volume for smaller fatter surf is around 36-38L whereas my good wave high performance board is more 32-33L but I’m a bit under 6’3” and 95kgs.  Interestingly my high performance boards are a couple of inches longer than the summer series style boards I ride but at least 10% less volume.

Been riding mostly JS boards for the last couple of years but I did used to ride Al Merricks a lot.  The last one I had is a Rookie from memory that covered a lot of bases.  Always interested to see their stuff as their just down the road from me so i pop in from time to time to take a look and see what they have.

I kinda liked the sound of the TLow I think it is until I picked one up, it instantly reminded me of the worst board I ever had, way too much entry rocker for my liking.  The #4 on the other hand looked like a good board in hand.

Hey NBG.. Im 5’11 and 79kg. Ive got a board thats about 31-33ltrs in volume for small fat mush burgers, where as for high performance i like to sit around the 27-28ltr mark, as with my fred rubble.

I like that little extra foam under the chest for added paddle power.

I was looking at getting a JS black box II over summer, might look back into this summer.. You got any feed back on those?

I have a Black Box 1, not too sure on the differences between the old and the new however if it is anything like the old one I wouldn’t say it is an all rounder anymore than any board can be ridden in all conditions you just might not want to.

My go to fins are PC7’s, I like bigger fins being a bigger guy, the only difference being when I setup a quad, in those situation I use PC5 side fins and then approriately sized trailer fins.  Even with the PC7’s I still find the Black Box lacks that off the mark drive, it requires a little more effort to get going.  It is loose, not particularly drivey and is better for flicking turns in crappy waves rather than drawing long rail burying carves in good waves.  The width of the board and the fuller rails don’t lend themselves top that sort of surfing IMO.

I rode The Black Box almost exclusively in Tonga the first time I went, I was around 110kgs back then though so more of me to handle more board I guess.  If Iwas looking at another one I think I might rop it down to 6’2” based on my current weight and it might work better now.

If you’re looking for a board that can do most things, the Kingpin is a much better choice, I’ve ridden it from everything to 8ft beachies to 4-6ft Cloudbreak and it likes it all.  Set up as a quad it excels in small waves and in backside barrels.  Front side as a quad it’s almost too fast and because of the width and boxier rails I find it harder to get barreled on in control frontside.  I have a huge soft spot for flyers as well and the Kingpin has two, the only other thing I would kinda kill to see on this board would be…..... wait for it….............. CHANNELS ha ha ha.  I have a soft spot for channels too, the fastest board I can remember riding had channels and they seem to ave disappeared from the shaping landscape for a while now.

I had an Evolution for a while that went well in forehand barrels, slightly more refined than the Kingpin in the tail and rails but lent itself to very drivey full rail surfing but didn’t release out of the lip as well due to the rounded pin tail and not much exit rocker/tail kick.

My go to, can’t stop riding board at the moment is the Monsta 1, mines in 6’6” about 34L.  My lighter weight and improved fitness means I’ve been riding this board in everything from 2ft beachies to 4-6ft reef breaks.  It doesn’t paddle as well as the Kingpin but it’s worth the extra effort when you’re on the wave.

I have a few photo’s floating around riding the various boards but I don’t if anny of them would really illustrate the differences too much ha ha!

I really should get off my arse and get back in the drink!!!!!

All this talk about new boards is bringin back memories!!!!!

I really should get off my arse and get back in the drink!!!!!

All this talk about new boards is bringin back memories!!!!! 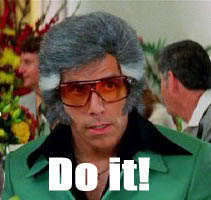 Awesome review, mate. Thanks for sharing.